Football
News
Both were watching on from the crowd when these two teams last met in December
Elliott Bretland
15:00, 23 Feb 2020

It was a strange day on Merseyside when Arsenal visited Everton just before Christmas. New Gunners coach Mikel Arteta and recently appointed Toffees manager Carlo Ancelotti both watched on from the stands. A drab goalless draw played out and the two bosses will have realised just what a huge task they faced.

Two months have passed since then, so here, The Sportsman rates the impact the two have had...

Only Merseyside rivals Liverpool have bettered the Blues in the form table since the Italian’s appointment and Everton are just five points off the top four.

Considering the Toffees had lost to all three promoted teams by the end of November, the changing in beating teams they should be getting three points against has built a steady momentum and a European berth is definitely achievable.

The Spaniard was there during the testing final seasons of Arsene Wenger so will have been well aware of the anger, frustration and toxicity that can fill the Emirates on matchdays. Coming in after Unai Emery’s spell in charge came to a disastrous end, Arteta has looked to fix the leaky defence and get Arsenal playing football again. The shoots of recovery are there.

You have to move the ball forward to score a goal, that’s a given, but astonishingly, Everton were struggling to do it. At this moment we are not playing vertical, we are playing a lot of balls back, instead of playing forward, that is how we can improve. We can play more vertically.

Unsurprisingly, given licence to go ahead when the pass is on, Everton have had more luck sticking the ball in the back of the net.

David Alexander Hughes
@DAHughes_
Everton are averaging 144.13 vertical passes per game since the arrival of Carlo Ancelotti, they averaged just 88.11 per game in the eight weeks before he joined.
This may seem trivial, but don't forget his comments not long after he was appointed.

Having worked under Pep Guardiola at champions Manchester City, fans were buoyed to see him get the job, hopeful he could follow in the footsteps of his compatriot. However, while the football will be easier on the eye, under Arteta, just like his former tutor, it is nothing without hard work.

"We are asking the players to do something different, to play at a different pace, much more aggressive than they've been used to," Arteta wrote in his programme notes ahead of the victory over Manchester United. They’ve responded and are putting in the hard yards.

Evertonians are in love. For a club that has been starved of success for 25 years, to have a manager with a winning mentality, who knows what it takes to lift trophies has been massive.

Though the fact he speaks so glowingly about the club and has immersed himself in the traditions and history having managed the likes of Milan and Real Madrid has really endeared him and, for the first time in a long while, supporters bounce to Goodison with excitement.

The fact he played for the club and was a loyal servant, winning two FA Cups in five years, has bought Arteta time.

Beating the enemy Man United boosted the fanbase while a draw at Chelsea also came in handy. The 4-0 win over Newcastle got the job done, the victory over Olympiacos gave supporters a great away day and they can finally start looking forward again.

"Carlo Ancelotti is a top manager and coach and a good friend. He is with the players all the time and always smiling.

"This is special because if you have any issues, you can tell Carlo. It is important that you can express yourself. Carlo is approachable and you can speak with him in his office to find solutions for anything. This is important not only for me, but for all the players. We are a good team and a family.”

Laid-back with a good sense of humour, he's really well-liked at Finch Farm.

“He knows football, he knows inside the pitch. He loves football, he loves to work, so this enthusiasm is contagious for everybody,” David Luiz told reporters. “What Mikel is trying to build is something big and I really believe in his philosophy, I really believe we can do something big this year and in the future, so I’m really, really happy because we have our way to go.” 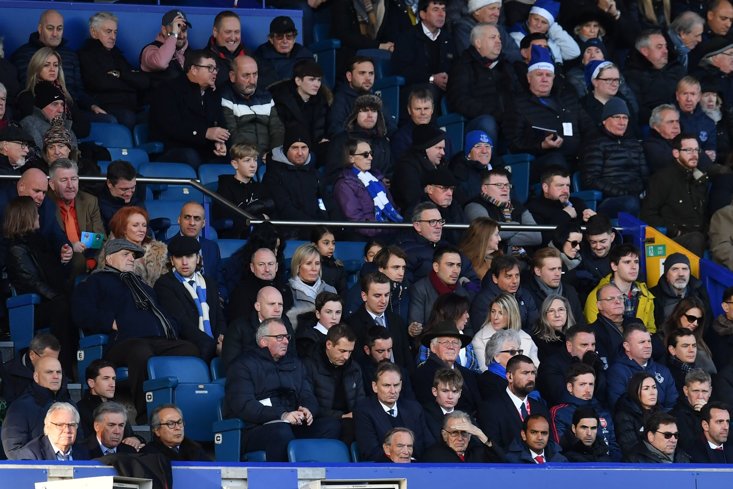 Beating Newcastle away from home in the first week of his tenure after Marco Silva’s struggles on the road was huge. As was the 3-2 victory at Watford, it the was the first time the Toffees came from behind to win in 776 days.

Thursday’s victory in Greece was big. Another clean sheet, Arteta is getting a tune out of his team at the back, where the Gunners have suffered most in recent times. Draw specialists in the league with 13 already, the wins column is slowly notching one after the other.