Raymond van Barneveld has sent shockwaves through the darts world on Monday as the Dutch thrower has announced that he will retire from the sport at the conclusion of the 2019/2020 William Hill World Darts Championship.

Elaborating on his decision to quit after one final year on the PDC circuit, 'Barney' said, "I'm not winning tournaments anymore, I don’t know why but a lot of things have happened in my private life and I’ve also noticed that my body isn’t feeling 100 percent anymore - I don’t have the drive, motivation or fitness to carry on."

"I'm a winner, that’s what I do – I lift trophies but I can’t do it anymore. Maybe there are still a couple of titles left in me and that would be amazing but I can’t do this every week anymore.  I don’t want my career to fizzle out which is why I’ve made the decision to retire at the end of next year," concluded Barneveld.

Van Barneveld has been at the top of the darting world for over two decades and he burst on to the scene in the BDO World Championships where he picked up his first Lakeside World Championship victory in 1998 before adding three more BDO World titles in 1999, 2003 and 2005.

However, his finest tournament victory came when he switched to the PDC after his fourth BDO title and in 2007 he beat Phil 'The Power' Taylor in one of the greatest games in the history of the sport as van Barneveld beat Taylor 7-6 at the Circus Tavern in Purfleet.

Having stormed on to the darting scene in the late 1980s, van Barneveld has become one of the most-loved darts players in the history of the sport and a multitude of tournament wins in both the BDO and PDC has seen the emergence of the 'Barney Army' and while he won't be hanging up his darts yet the news he is counting down the days to his retirement will mean that the world will be hoping he can sparkle at the Alexandra Palace for this year's William Hill World Darts Championship, which kicks off next month.

Check out some of Raymond van Barneveld's career victories here: 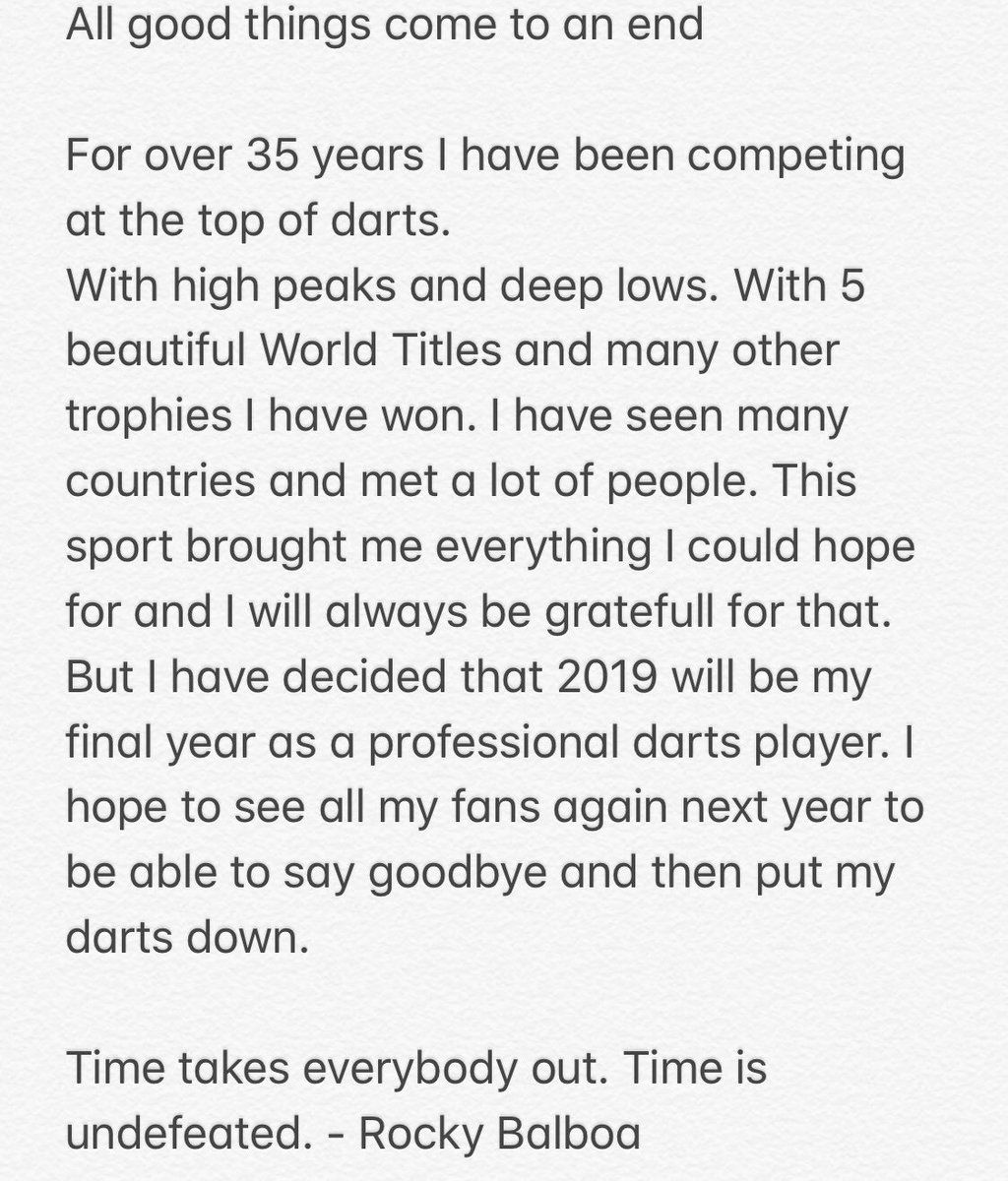