Us Sports
News
Prepare for this year's WWE extravaganza with our rundown of the best Royal Rumble moments
Joey Mills
06:55, 29 Jan 2022

While WrestleMania will always command the top spot in the pantheon of WWE’s most important events, the Royal Rumble is often the aficionado’s favourite. While ‘Mania is a huge, heavily-hyped stadium spectacle, the Rumble derives its fun from the element of surprise. The annual battle royal throws up huge moments through its use of returning guests, shocking storyline developments and the looming prize of a world title shot at WrestleMania.

This year’s event takes place on Saturday 29th January, and already the rumour mill is in overdrive with predictions for who might be taking part. To get you ready to Rumble, here are some of the greatest moments from wrestling’s finest January tradition.

The 1992 Royal Rumble match is held up as the greatest in history, and with good reason. The Rumble featured a who’s who of wrestling royalty from sports entertainment’s first mainstream boom period. Hulk Hogan, Undertaker, Randy Savage and Roddy Piper were just four names among a star-studded cast of thirty.

The winner of the match is perhaps the greatest of them all, as Ric Flair survived for over an hour to claim the vacant WWE championship. His post-match promo is almost as iconic as the victory, when a teary ‘Nature Boy’, flanked by Mr Perfect and Bobby ‘The Brain’ Heenan, declared his win “the greatest moment in my life”. This is the Royal Rumble against which all others are measured.

The Three Faces of Foley

Most wrestlers are lucky if they create one character that strikes a chord with audiences. Mick Foley was fortunate and talented enough to have portrayed three. Fans of Mrs Foley’s baby boy got a rare treat during the 1998 Rumble, when Mankind, Dude Love and Cactus Jack all made separate appearances in the big match.

Cactus Jack was Foley’s original wrestling persona, a hardcore outlaw he had portrayed in WCW, ECW and on the independent scene. Upon joining WWE, he was re-packaged as Mankind, a boiler room-dwelling masked man straight from a horror film. Dude Love was his first creation though, a hippie heartthrob Foley had devised while wrestling in his backyard with friends in his youth. Eventually all three of these gimmicks were woven into his character, and they never co-existed as brilliantly as they did at the Royal Rumble. 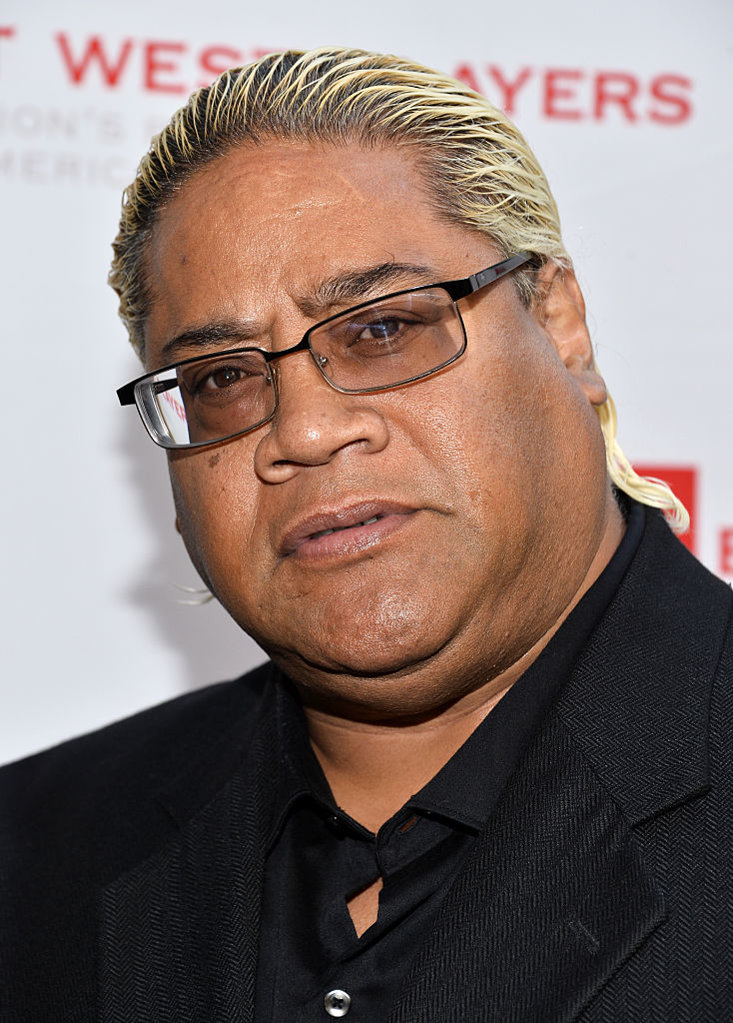 Rikishi is Too Cruel To Too Cool

One of the unique selling points of the 30-man throwdown is that partnerships are often formed, and broken, in the confines of the ‘every man for himself’ narrative. The most amusing instance of this arrived in 2000. Break-dancing duo Grandmaster Sexay and Scotty 2 Hotty had formed an alliance with Rikishi, the 400-pound Samoan known for his feared ‘Stink Face’ finishing manoeuvre.

Their partnership was going so well that when the three men found themselves together alone in the ring at the Rumble, they had an impromptu dance party complete with music and bespoke lighting. Rikishi could not take his eyes off the prize though, and used the dance-distraction to throw both of his tag team partners out of the ring, eliminating them from the Rumble. All’s fair in love and breakdancing.

While wrestling is scripted, things can and often do go wrong. The 2005 Royal Rumble ended in confusion when both John Cena and Batista accidentally fell over the ropes at the same time, scuppering Batista’s planned win. This led to WWE Chairman Vince McMahon rushing to the ring to offer a storyline explanation that would allow them to restart the match, and get the desired finish.

In his haste, McMahon struck the ring apron with both knees as he attempted to slide into the ring. The WWE head honcho tore both his quads, but didn’t miss a beat, leaving us with the bizarre image of a heavily-muscled man in his 60s delivering in-character instructions while sat on the floor of the ring like an unruly toddler. The match was successfully restarted, before a furious McMahon was taken to the nearest hospital. 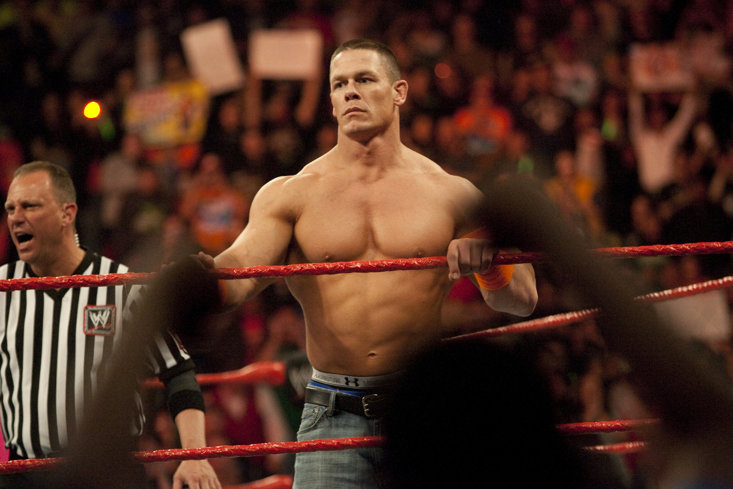 what would jc do?

Return of The Champ

The Royal Rumble’s main pull is mystery entrants, whether it’s a new face, a Hall of Famer making a one-night appearance or a returning superstar. One of the greatest of these returns came in 2008, when John Cena came back after initially being ruled out for most of the year with a torn pectoral muscle.

The Madison Square Garden crowd came unglued, unable to believe their eyes at seeing Cena back so soon from an injury expected to keep him sidelined for the foreseeable future. ‘Big Match John’ went on to win the Rumble, eliminating Triple H.

The Edge Of Tomorrow

We end on the most heartwarming story the Royal Rumble has ever delivered. In 2010, Edge was forced to retire due to a series of neck issues. One of the most beloved superstars of modern times, it was tragic to see a great career cut short.

A decade later, ‘The Rated R Superstar’ returned as a surprise entrant in the Rumble, causing an absolutely gigantic reaction amongst a stunned crowd of over 40,000 fans. At the age of 46, Edge had amazingly not lost a step. Defying age and injury, the Canadian legend racked up 23 minutes in the match before being eliminated by Roman Reigns. He continues wrestling to this day, enjoying a brilliant second career in sports entertainment.