Football
News
Here's what you might have missed from across Europe this weekend
Elliott Bretland
11:30, 22 Feb 2021

It was an horrendous couple of days for some of Europe’s top clubs as their title bids were dented with defeat. PSG, Bayern Munich and Milan all lost, but it was the latter who took the heaviest blow as they were downed by city rivals Inter. Lionel Messi broke yet another record but Barcelona failed to win. Here’s what happened on the continent this weekend…

Real Madrid were handed a massive boost in the Liga title race as Atletico were humbled at home by Levante 2-0, but Barcelona failed to take advantage.

While Zinedine Zidane’s men claimed a 1-0 victory over Valladolid courtesy of Casemiro’s second-half header and now sit three points off top spot having played a game more than leaders Atleti, Barcelona had an evening to forget as they were held by Cadiz.

Lionel Messi became the Catalan giants’ record appearance holder, overtaking former midfielder Xavi as he played his 506th game for the club and scored from the penalty spot to give them the lead just after the half-hour mark. However, the win didn’t follow as the visitors were awarded their own spot-kick. Clement Lenglet had been adjudged to have struck Ruben Sobrino as he cleared the ball and Alexis Fernandez duly found the net. Barca could drop to fourth if Sevilla win when they go to Osasuna on Monday night. 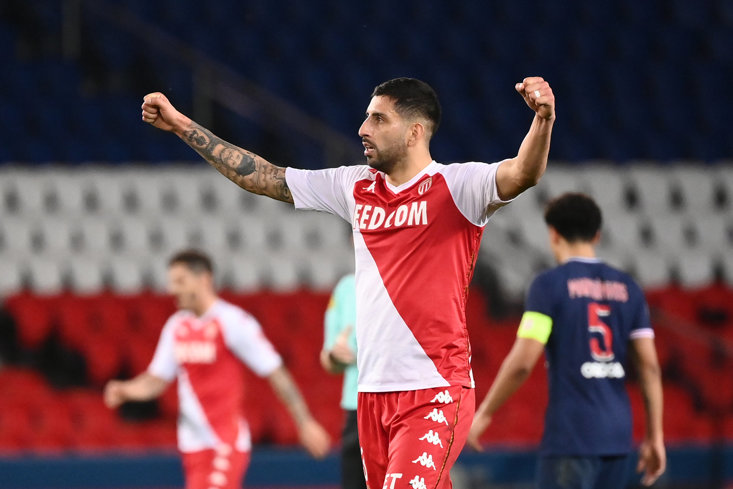 PSG had a rough end to a great week as they lost ground on Lille in the Ligue 1 title race. After winning 4-1 at the Camp Nou in the Champions League on Tuesday, Mauricio Pochettino’s side came crashing back down to earth with a bump, losing 2-0 to Monaco and dropping to third, just two points above the Monegasques.

Lille extended their lead over PSG to four points by winning 4-1 at Lorient, former Southampton and Crystal Palace defender Jose Fonte getting his name on the scoresheet. Lyon, meanwhile, moved up to second, three points off the top, after surviving a late onslaught against Brest. They led 3-0 at half-time after Memphis Depay converted a penalty but had to hang on after the hosts scored twice to set up a nervy last 15. Marseille remain off the pace and sit seventh after drawing 1-1 at Nantes.

Inter Get The Bragging Rights In Milan

One of the most important Milan derbies in years took place at San Siro on Sunday as Inter won 3-0 to establish a four-point lead over Milan in the Serie A title race. Lautaro Martinez scored a brace, goalkeeper Samir Handanovic made a stunning stop to deny Zlatan Ibrahimovic, and Romelu Lukaku made sure of the victory with a stunning third, latching onto Ivan Perisic’s pass before bursting forward and slamming home. Ibrahimovic, who had come to blows with Lukaku in a recent Coppa Italia quarter-final fixture, could only stand and applaud the Belgian’s brilliance.

Elsewhere, third-placed Roma failed to take advantage of Milan’s slip-up as they drew with Benevento, who had only 10 men for more than half-an-hour. Atalanta leapfrogged opponents Napoli with a 4-2 victory, while Lazio also moved up a couple of spots with a 1-0 triumph over Sampdoria.

Juventus, who are sixth with two games in hand, can go above Roma into third if they dispatch bottom club Crotone at home on Monday night. 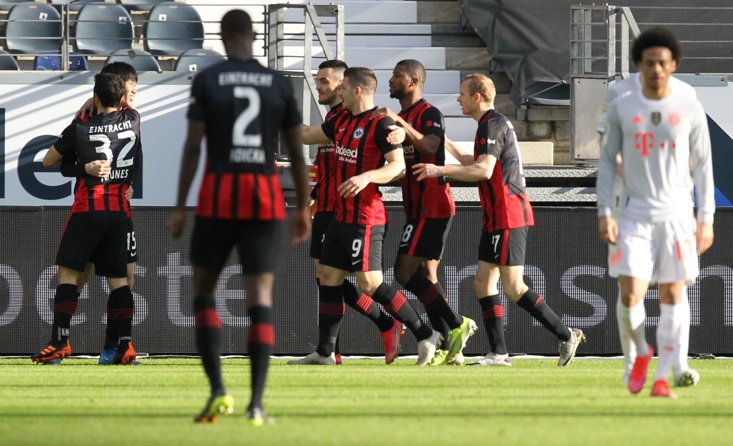 Whisper it quietly but we may have a title race in Germany after Bayern Munich suffered defeat at Champions League-chasing Eintracht Frankfurt on Saturday. The Bavarians were downed by Amin Younes, who scored one and set up another as Frankfurt extended their unbeaten run to 11 matches. The Germany international, on loan from Napoli, rifled home on the half-hour mark after earlier assisting Daichi Kamada for the opener. Robert Lewandowski replied to half the deficit but Bayern couldn’t find an equaliser.

They’ll now be looking over their shoulders after the lead at the top was cut to just two points when second-placed RB Leipzig bounced back from their Champions League loss by Liverpool to win 3-0 in the capital against Hertha Berlin. Wolfsburg stayed third with a 3-0 win at Arminia Bielefeld.

Dortmund, so often Bayern’s biggest threat, are still down in sixth but are now 13 points behind after a 4-0 hammering of rivals Schalke, who remain marooned at the bottom of the table, Erling Haaland scoring a sensational volley in the pick of the goals.

Ajax And Sporting Stay In The Driving Seat

Ajax maintained their six-point lead at the top of the Eredivisie with a 4-2 victory over Sparta Rotterdam. PSV in second and AZ Alkmaar in third beat Vitesse 3-1 and VVV Venlo 4-1 respectively. Feyenoord in fourth drew 2-2 at Twente.

In Portugal, Sporting are 11 points clear at the top after beating Portimonense 2-0. Braga kept the pressure on with a 4-2 home victory over Tondela, though Benifica were held to a goalless draw at Farense. Third-placed Porto go to Maritimo on Monday.