The 18/1 shot Real World outstripped 29 other runners to win the Royal Hunt Cup on Wednesday in one of the spectacles of the Royal Ascot meeting so far.

With the draw being talked of as a massive deciding factor ahead of the race, Marco Ghiani had a job on his hands to steer the Saeed bin Suroor-trained horse to victory coming out of stall four. But that is exactly what he managed, steering the Godolphin colt clear of the remainder of the field from the halfway point and never allowing the other runners to get close once he had pulled clear.

The runners split into two groups out of the stalls, with the larger majority favouring the stands side on the left, where the higher draw was meant to be beneficial. But Real World and Ghiani were not for catching despite a late surge from Ryan Moore on Sir Michael Stoute’s pre-race favourite Astro King, and the Italian jockey recorded a first Royal Ascot victory. 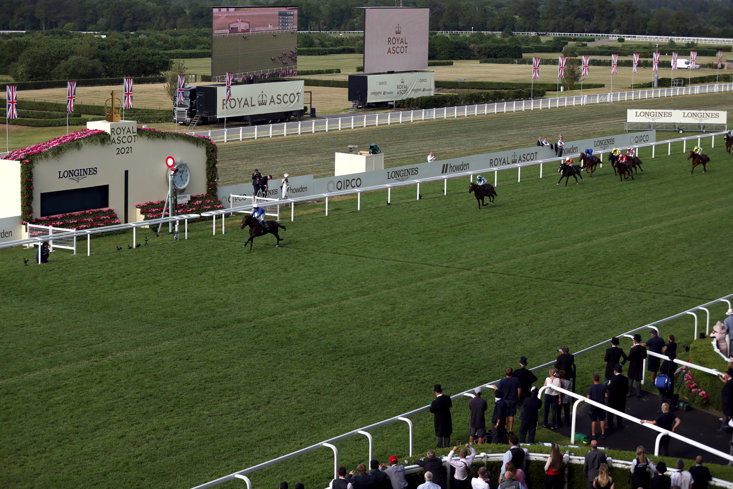 “It feels amazing, I can’t even think of words to say,” Ghiani told ITV after the sensational win. “I was drawn four and everything felt like it was coming from the stands side, but I walked the course and felt like it was much better on box side compared to the middle.

“He was just travelling really strong, then I just asked him to quicken up and he just picked up really well. He’s an improving horse, he feels like a baby even if he’s a three-year-old, but there’s plenty more to come.”

Runner-up Astro King was 11/2 by the off, with 12/1 shot Grove Ferry completing the podium positions. Outsiders Ouzo (33/1) and Beat Le Bon (28/1) to came fourth and fifth, with Lafayatte finishing sixth.

Earlier in the day, Love held off Audarya to win the Prince of Wales’s Stakes in the day’s big Group 1 race.