Football
News
This season Pep Guardiola's side have the strength in depth to compete on four fronts
Elliott Bretland
20:00, 10 Feb 2021

David Silva is virtually irreplaceable so Manchester City fans could be forgiven if they were worried when the Spaniard ended his ten-year association with the club and returned to his homeland to join Real Sociedad last summer. However, supporters needn’t have worried, for the club had someone readymade to fill the void and better still, he had a Stockport postcode.

Phil Foden has shined for Pep Guardiola’s men this season, and despite being only 20, the talented midfielder has shown he belongs. Having grown up a City fan, being a child mascot for one visit of Sunderland and a ball boy when Stevan Jovetic was still playing at the Etihad, fast forward to last weekend and he was putting the icing on the cake as the blue half of Manchester hammered title rivals Liverpool 4-1 at Anfield.

On Wednesday night in Swansea, City breezed into the quarter-finals of the FA Cup with a fine 3-1 victory and set a new record in English top-flight football with 15 consecutive wins in all competitions. What was equally impressive though is that Guardiola was able to change the entire backline and goalkeeper and still his side impressed. Foden again came off the bench to make things happen and the manager’s options seem endless.

From Kyle Walker’s hopeful forward ball which bamboozled everyone to hit the net to Gabriel Jesus’ brilliant spin and shot and Raheem Sterling’s 100th goal under Guardiola, City were at their clinical best despite six changes to the team. 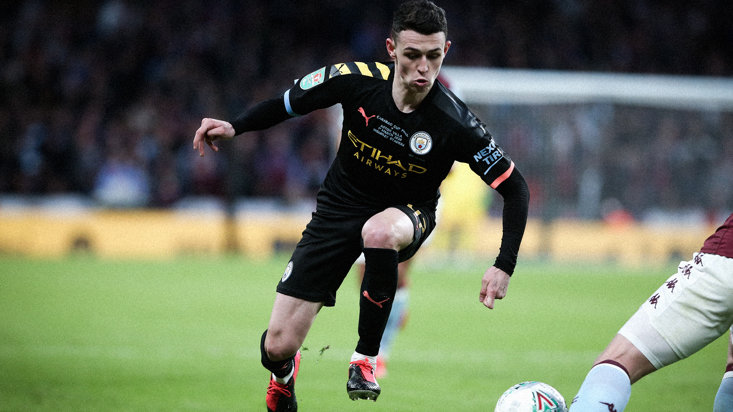 City will face bigger challenges this season than they faced in south Wales, of course, but the fact they made such an easy job of things bodes extremely well. When it comes to City, at the start of every season, talk of a quadruple always rears its head and remains until it becomes an impossibility. However, this time around, they really have the squad to do it, or rather, the strength in depth to compete on four fronts.

The fact Foden has been able to take his chance and fill a role left by a legend of the game is just the start. Ruben Dias’ signing from Benfica looks inspired and he has solidified the defence while Ferran Torres adds another dimension to City’s frontline. Joao Cancelo’s versatility is another massive boost.

Last season, City’s backline was decimated by injury with Fernandinho forced to fill in which in turn harmed the midfield. However, such bad luck was freak. The Etihad side won’t suffer like that again but should the unbelievable happen, they have the true depth to really deal with such woes this time around.

At the Liberty Stadium, Eric Garcia and Aymeric Laporte replaced John Stones and Dias in the starting line-up. Sure the former could have done better for Swansea’s consolation through Morgan Whittaker but it is crazy. That partnership is capable of starting for any club on the planet and it’s no coincidence Garcia has been heavily linked to Barcelona. Walker and Benjamin Mendy came in for Oleksandar Zinchenko and Cancelo and again, it is a full-back pairing among the most talented you can get. Don’t forget too, Nathan Ake is also in the squad, a top Premier League performer signed for £40m.

This is also a team without Sergio Aguero and Kevin De Bruyne, two of the best footballers right now, sidelined. City have able deputies in Jesus, Ilkay Gundogan and Bernardo Silva. If disaster strikes and the physio room at City gets busy again like last season, one feels Guardiola has a squad he can now depend on. It is different from last season. He has quality but more importantly perhaps, is he now has it in numbers too.

Tottenham Hotspur await in the Carabao Cup final, Borussia Monchengladbach stand in the way of City and the Champions League quarter-finals, they are through to the quarters in the FA Cup and they sit five points clear at the top of the Premier League table with a game in hand. A stunning quadruple would be an extraordinary achievement but City’s squad is extraordinary too and these are extraordinary times we are living in.