Football
News
Rangers' 4-0 win over Aberdeen at Ibrox means the club have gone the entire season without tasting defeat in the league
Kieran Spratt
15:04, 15 May 2021

An invincible Rangers cruised to an undefeated season after beating Aberdeen 4-0 at Ibrox in the final game of the Scottish Premiership season, breaking the 100 point tally along the way.

It’d been a stunning season for Steven Gerrard’s side who wrapped up their 55th league title at the beginning of the month, their first in ten years. Rangers, unbeaten in the Scottish top-flight for the first time in 122 years, recorded 32 wins and six draws from their 38 league games this season, meaning the side finished at the top of the league with 102 points, the first time the Glaswegians have surpassed the century mark in the top-flight.

They have also equalled the record for most clean sheets kept in the Scottish top-flight with 26, set by Celtic way back in the 1913/14 season.

This historic achievement never really looked in doubt as Rangers dismantled Aberdeen with relative ease, recording their 19th win from 19 games at home, to send the thousands of ‘Gers fans who had turned up to the stadium to celebrate into delirium.

The champions opened the scoring after just five minutes when James Tavernier’s cross was deflected off Jack MacKenzie and palmed in by Dons’ goalkeeper Joe Lewis. 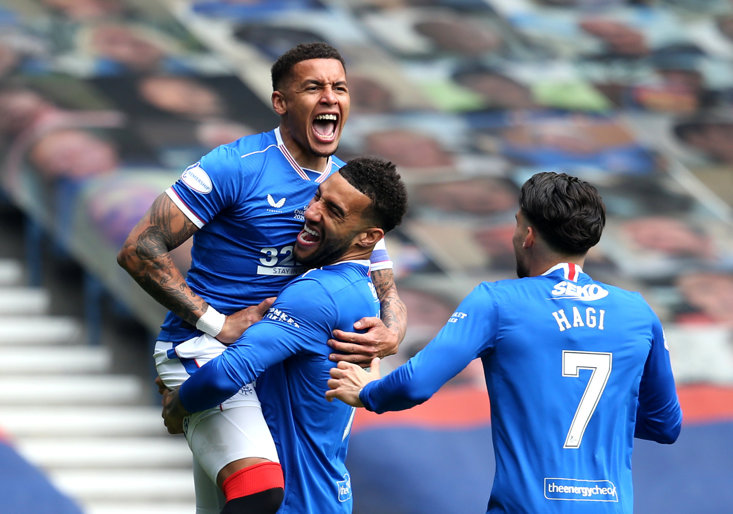 Kemar Roofe then raised the, erm, roof (sorry) with a brace. The first came from some great player from Ryan Kent who forced his way past Connor McLennan's to make it to the byline where his low cross into the six-yard box was flicked in by Roofe.

The second came from the counter after SPL player of the year Allan McGregor denied Aberdeen with his legs at one end, before Rangers raced to the other where Ianis Hagi's interception found Roofe and the striker duly slid home to make it 3-0. Substitute Jermain Defoe wrapped up the win and put the finishing touches on a historic campaign after he was played in by Greg Stewart and stroked home the fourth and final goal of the game.

What an achievement this season has been for Steven Gerrard, who unsurprisingly picked up the 2020/21 Manager of the Year gong. Only three clubs across Europe have gone unbeaten across a 38+ game season this century and in just three years at the club, the Liverpool legend has written his name into the history books. 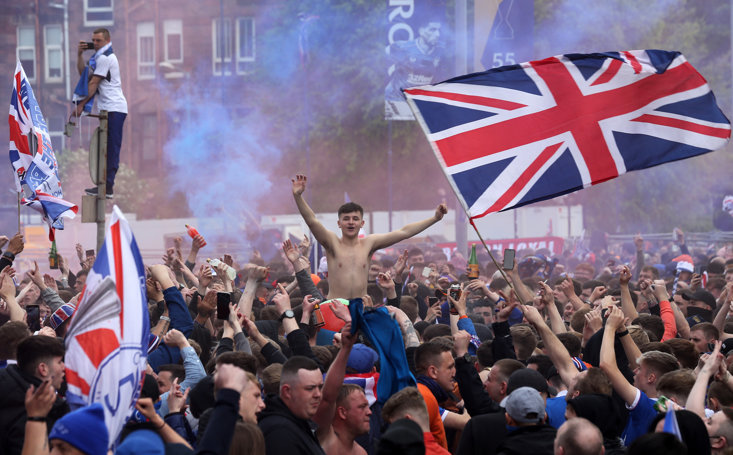 Probably more importantly than anything though, this is the season that Rangers finally ended the decade-long dominance of bitter rivals Celtic - something that will certainly make that celebratory champers taste all the sweeter as the blue half of Glasgow descends into party mode.

Speaking to Sky Sports after the game, Gerrard said, "I'm so proud of the boys and all the staff around it, but the main thing is the supporters. I was asked to come here at a difficult time, it had been even more difficult before that.

"I have to pay my respects to the people who got it to the point where I took over. After that it was about having a vision, getting the right people in the right places, the right support from the board and fighting for it.

"We've fought every day for the last three years to get to this point."