Football
News
The Egyptian turned up when his side needed him the most against Atletico
Conor Keane
22:27, 19 Oct 2021

As Liverpool made it three wins from three in the UEFA Champions League with a 3-2 victory over Atletico Madrid, Mohamed Salah showed why he rightly deserves to be in the conversation for the best player in the world. Having scored twice for his side in a far from perfect performance, he showed both quality and maturity to step up in vital moments to deliver the goods as the Reds earned their first victory over Atletico Madrid in the competition.

The Egyptian’s brace meant that he set another record in a Liverpool shirt, becoming the first player in the club’s history to score in nine consecutive games in all competitions. The attacker, however, did have a fairly quiet performance on a chaotic night but stepped up to the task in the most crucial moment of the game to convert the match-winning penalty after Diogo Jota was brought down by a foolish Mario Hermoso challenge. He answered the call when his team needed him the most, further helping his case of being branded the best player in the world at this precise moment.

As they always say, the best players in the world always produce even when they are not having the best of games, something that was mirrored by Lionel Messi who scored twice for PSG this evening, too. Controversially, the hosts were awarded a penalty moments after Salah’s spot-kick but after going to look at the monitor, referee Daniel Siebert changed his decision - even though the challenge was very similar to the one he awarded a penalty for only minutes earlier.

Jurgen Klopp’s side looked like they were going to produce another world-class performance in Europe as they found themselves with an early two-goal lead in Madrid, well-balanced offensively and defensively.  Salah did brilliantly to work his way into the box on the right and his shot took a deflection off Geoffrey Kondogbia, leaving Jan Oblak stranded before Naby Keita hit a stunning volley to double their lead. But then suddenly the Reds’ defence fell apart and they were so disorganised as the hosts found their way back into the game, getting themselves back on level terms before the break.

The ever energetic Diego Simeone, having been angered by his side’s lacklustre start to the game, will be delighted with the spirit his players showed to fight their way back into the contest and impose themselves on proceedings. Their attacking performance was executed to perfection and if it had not been for the heroics of Alisson in between the sticks for Liverpool, it could have been an ugly affair for the Merseyside outfit given the way their defensive organisation crumbled on several occasions. 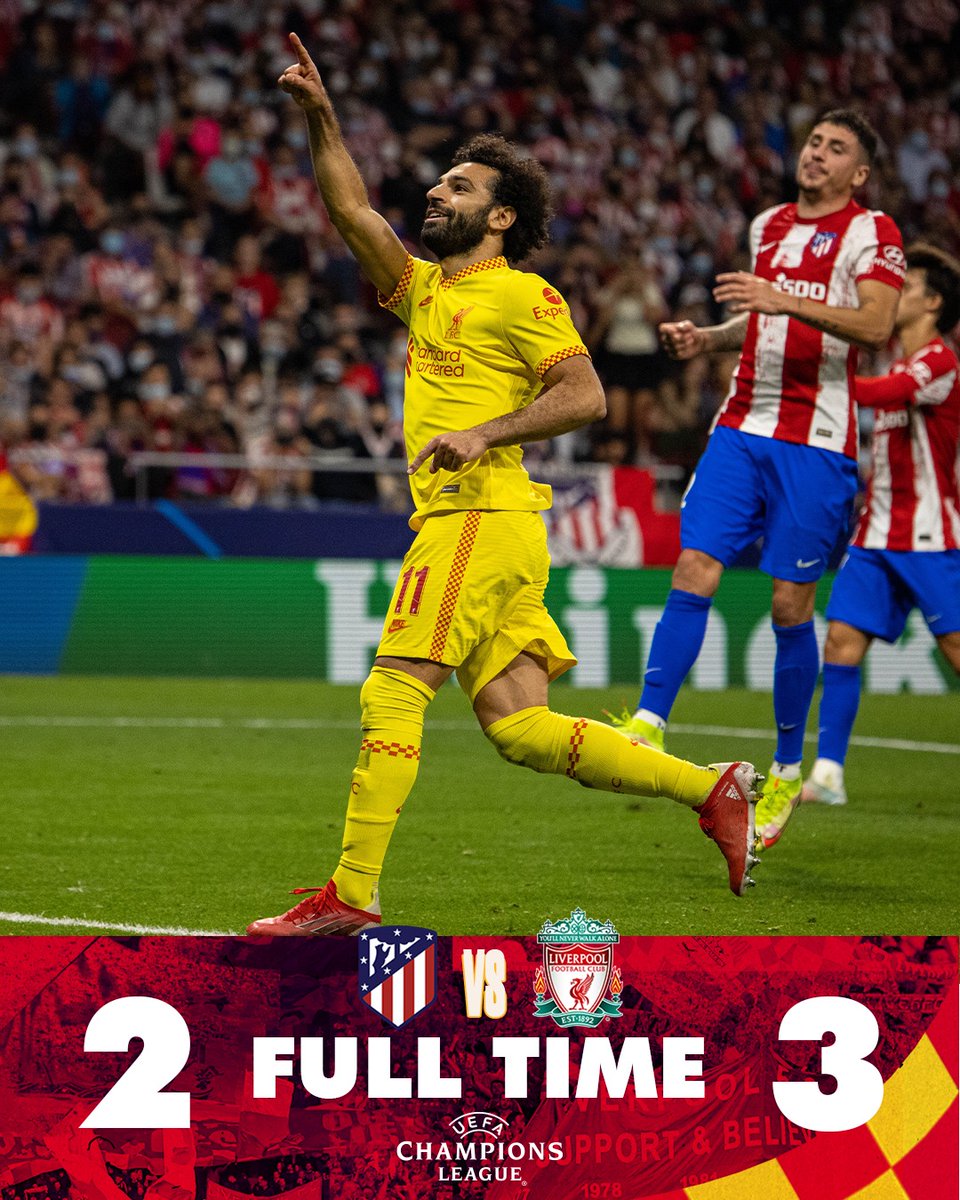 Antoine Griezmann effectively went from hero to zero on the night after his brace which pulled his side back on terms with their English opponents was soured as the Frenchman was shown a straight red card in the second-half for a dangerous high foot. After displaying his excellent talent to inspire his side back into the contest, this key moment of the game killed the momentum that Simeone’s side had built from their strong finish to the first-half. For all the drama and controversy that this game showed, it was another great advert for the competition.

Liverpool’s unpredictable midfielder Keita showed us his best - as he scored that sensational volley to put Liverpool 2-0 up, before showing us his worst - as his lack of physicality and mental awareness allowed him to be so easily beaten in the midfield battle. To criticise him further, he was too easily shaken off by Joao Felix in the build-up to Atletico’s equaliser before he was substituted for Fabinho at half-time.

Simeone constantly showed his passion, essentially acting as his side’s cheerleader as he sparked the crowd into life who in turn had the same effect on the players. He made sure the spotlight came on him at the end of the game, too, as he ran straight down the tunnel, refusing to shake hands with his German counterpart.

That brought a sour end to a spectacular night of football that will leave every Liverpool fan, and every neutral grinning from ear to ear. Salah once again stepped up when his team needed him, and now there can be no question - he is certainly one of the best in the world.