Football
News
City were already through as group winners, but Kyle Walker's red card means this dead rubber will have a lasting impact.
Joey Mills
19:37, 07 Dec 2021

RB Leipzig surprised Manchester City with a 2-1 win in their Champions League Group A game. There was little on the line apart from pride, with both these sides’ fates already sealed. City had already won the group, while Leipzig have confirmed their entry into the Europa League play-offs by finishing third. It is a shame that no home fans were admitted, as the Leipzig faithful would have surely relished a result their team thoroughly deserved.

While entirely understandable, the muted atmosphere of the empty stadium saw the game take a little while to get going. Konrad Laimer showed the earliest promise, driving his team forward from midfield. His best opening came when he took the ball wide into the box and, after having a backheel rebuffed, hit an angled shot that drew a good save from Zack Steffen.

Leipzig were quicker on the uptake and were rewarded when a sumptuous outside-of-the-boot through-ball found Dominik Szoboszlai. The Hungarian took a lovely touch, removing Steffen from the equation, before slotting home for the opener. The home side nearly doubled down, when Emil Forsberg forced a good save from the edge of the box. City answered when Phil Foden picked up a Kevin de Bruyne pass and struck a clean hit that Peter Gulasci did well to palm onto the post. The sides went in at 1-0 at half-time, with the group leaders determined to get a result despite their position being secure.

The second half saw the German side content to try and run down the clock, preferring to keep possession and make City chase them. They passed confidently and did not look overawed by facing the Premier League champions. Leipzig did not look at all like a club that had just replaced their manager, Jesse Marsch, with an interim appointment. Achim Beierlorzer, who had another temporary spell at the Red Bull Arena in 2015, had his players well organised and playing some attractive stuff.

After the majority of the half existed in a comfortable status quo, Leipzig once again bloodied the nose of the favourites. Forsberg broke well from deep and played in Andre Silva, with the forward turning to hit a confident strike past Steffen. 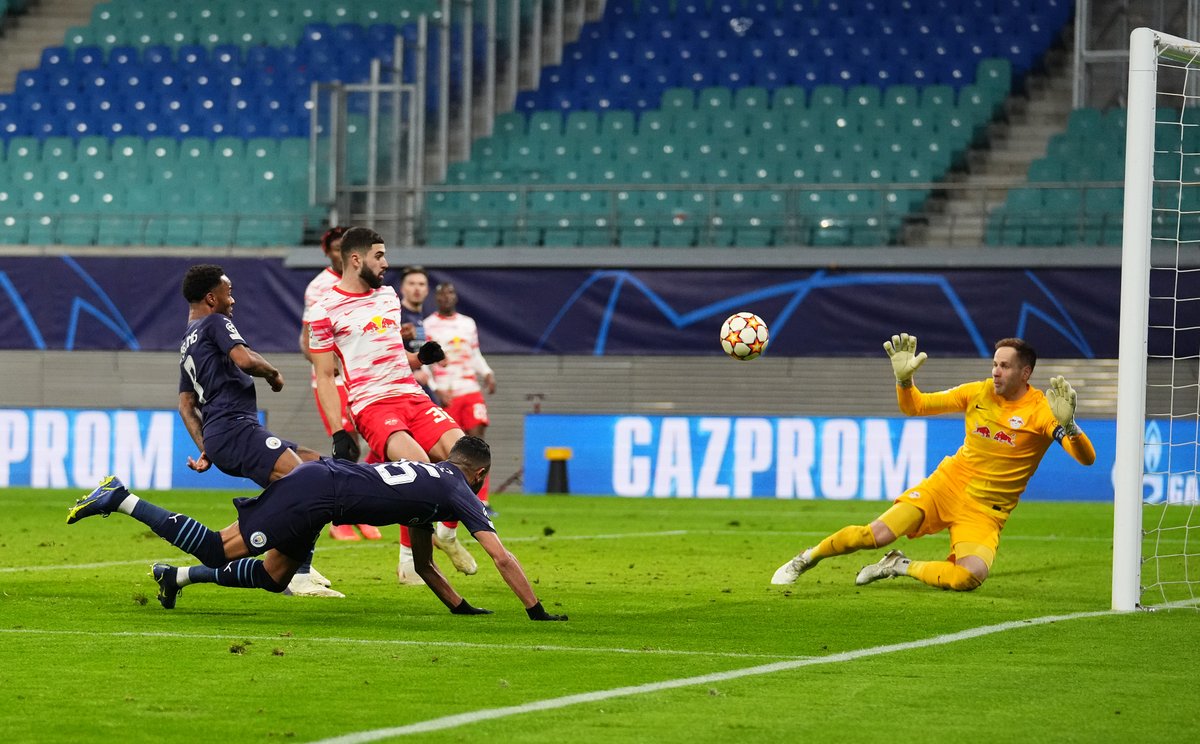 Despite City’s progress as group winners already being assured, a Pep Guardiola side is never going to cede a game of football. After having a penalty claim waved away, the Cityzens got back into the game with a quarter of an hour remaining. Oleksandr Zinchenko hit a wonderful deep cross for Riyad Mahrez to score a rare header at the back post.

Despite the relatively low stakes, tensions reached boiling point between the two teams late on. Kyle Walker was sent off for kicking through the back of Silva, a completely needless challenge considering his side was already through as group winners. The England right-back will now miss the first leg of their knockout round tie.

This pointless moment of aggression will leave City counting the cost of an evening where the result alone would not have been particularly disastrous. For Leipzig, it is a very convincing start to a second spell in charge for Achim Beierlorzer.