With each episode an hour long, and a fixed group of interviewees for the entire series, there was always a danger that Race To Perfection might wobble over seven episodes, and this weekend the first signs were there that we might be starting to run out of things to talk about. The topic was ‘controversial moments’ which boiled down to red mist. And some kung fu action. And ram raiding. Thinking about it, it wasn’t so bad after all. Here’s what we learnt.

Ron Dennis gets an easy run 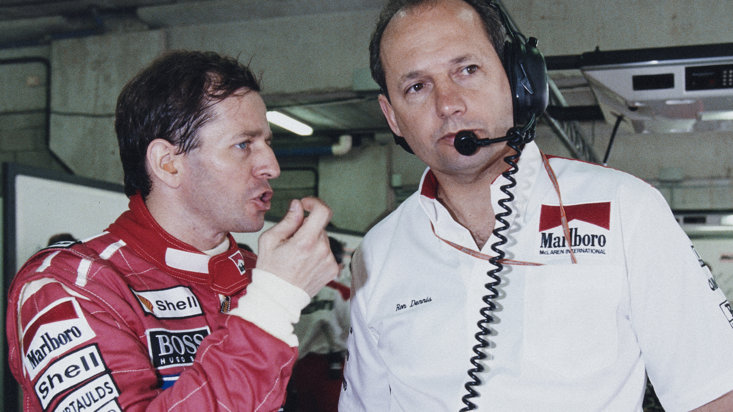 With Saturday’s episode concentrating on ‘controversial moments’, and with Ron Dennis a regular on the show, it seemed the perfect opportunity to talk about the 2007 season, where Ron’s McLaren team were accused of benefiting from stolen information from Ferrari, fined $100 million by the FIA and stripped of all their constructor championship points. That’s pretty controversial, right? Alas, Ron clearly has better lawyers than Sky can afford, so no chance of that.

We are starting to become fascinated with all the wrong details

Why is there a bed behind Dennis? Is that his actual bed? If it is, why is Ron Dennis doing an interview outside his bedroom? Why does Damon Hill not have any furniture? Is Alain Prost doing his interview on the cross channel ferry? Oh yes, sorry, back to the controversial moments.

Michael Schumacher was a bit of a dick 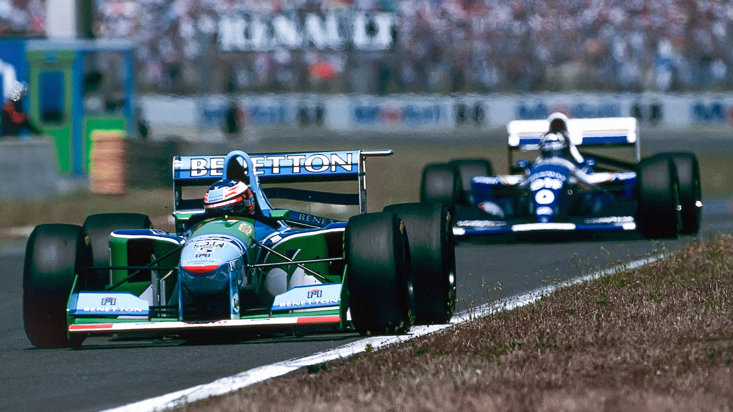 Schumacher was undoubtedly a great ambassador for the sport and one of the best drivers there ever was, but he doesn’t come out of this episode covered in glory. Win at all costs is his mantra, even if that means ramming cars off the road, as first Damon Hill, then Jaques Villeneuve suffer the German’s anger and car colliding tactics. Oh, and he tries to fight David Coulthard in the pit lane.  And he looks smug after every incident. Mind you, Senna was just as bad, because…

Ayrton lost his mind in 1990 at Suzuka

A year before, at the same circuit, Prost had won the championship not by beating Senna to the finish line, but by turning into him at the chicane, ending the race for both of them there and then. A seething Senna waited a whole year until he had his chance for revenge. This time the roles were reversed; Senna didn’t need to win, he just needed to make sure Prost didn’t finish. They didn’t make it past the first corner. The lights went green, Senna put his foot to the floor, and when Prost turned into the corner, Senna broadsided him into oblivion. Job done.