Reigning champion Gerwyn Price will begin his William Hill World Darts Championship title defence on the opening night of the 2021/22 event, with the schedule of play for the first and second rounds now confirmed.

The pre-Christmas period in the sport's biggest tournament will see the first and second rounds played across nine days from December 15-23 as fans are welcomed back to London's Alexandra Palace.

The opening night on Wednesday December 15 will see world number one Price face the winner of Ritchie Edhouse v Lihao Wen, which will be the first game to grace the iconic Ally Pally stage.

World number two Peter Wright will begin his quest for a second Ally Pally title in three years against either Ryan Meikle or 16-year-old German Fabian Schmutzler on Friday December 17, which will also see 67-year-old legend Paul Lim in action

Fallon Sherrock will face Steve Beaton on Sunday December 19 as she returns to the stage where she famously became the first woman to win at the PDC's World Championship two years ago. 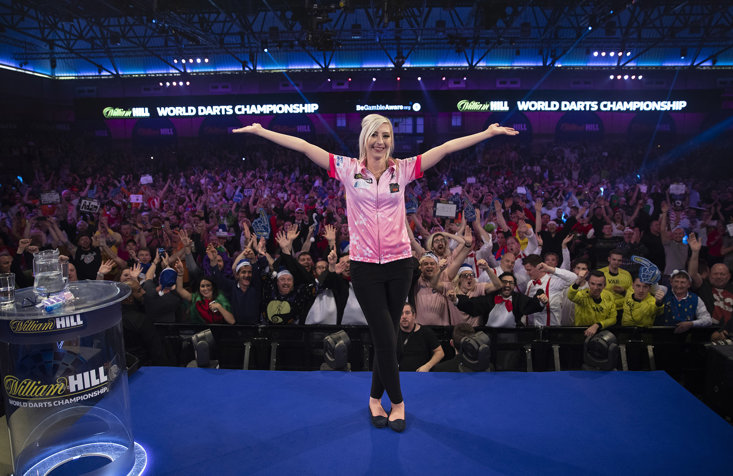 A blockbuster Sunday evening session will also see the most successful player of 2021 Jonny Clayton in action against Keane Barry or Royden Lam and the all-German tie between Florian Hempel and Martin Schindler.

Tuesday December 21 will see the first round draw to a close, while 2018/19 runner-up Michael Smith and two-time quarter-finalist Dimitri Van den Bergh will be in second round action.

The second round will conclude across two sessions on Thursday December 23, when former champion Rob Cross and world number seven Jose de Sousa are among the stars in action.

Following a three-day Christmas break, the third and fourth rounds will be held from December 27-30, with the quarter-finals, semi-finals and final being held from January 1-3.