‘It ain't over till it's over,’ a pertinent phrase for the frenzied fight to stay in the Premier League.

Cardiff City ventured down to the south coast on Tuesday knowing that a defeat to relegation rivals Brighton would have left Neil Warnock’s men a surely insurmountable eight points adrift of both the Seagulls, and Southampton. The Welsh side would also have played a game more than the above duo, and then with just four games left to play a late revival would have seemed improbable.

However, you can forget all that as 18th-placed Cardiff handled the pressure admirably as they rocked up to the Amex Stadium and swatted aside Brighton 2-0. The Bluebirds have thus shredded the gap between the clubs to just two points, albeit having played a game more.

We already know that Fulham and Huddersfield are down, and now realistically it’s Cardiff and Brighton who will join the duo next season. The Saints aren’t completely safe yet, although they are now as long as 300/1 to be relegated.

The now Man Utd manager, Ole Gunnar Solskjaer, failed to keep the Bluebirds afloat in their only previous Premier League showing back in 2013/14, but while Warnock’s troops remain the 1/3 favourites to suffer the dreaded drop, there now appears to have been a real momentum swing in their favour.

The Sack Race
@thesackrace
It ain't over till it's over. 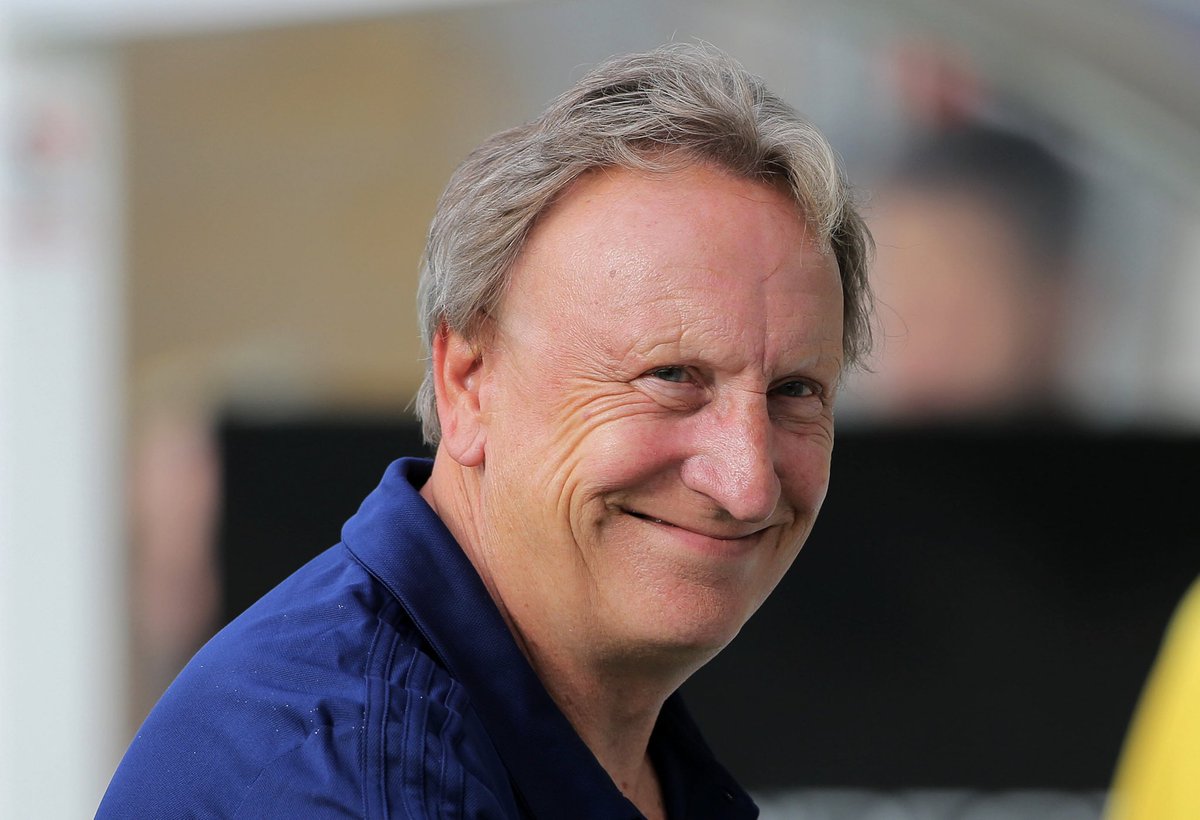 "We don't know when we're beaten," beamed Warnock in his post-match interview with BBC Sport.

"We're quite capable of picking points up off any of the teams we've got to play," said Warnock.

"You might think I'm in cuckoo land, but I think that we've got that ability on our day."

Brighton may have played a game less than Cardiff, but not only is their form atrocious - they’ve lost five on the spin without scoring in all competitions - their run-in is rotten. Chris Hughton takes his confidence-crushed and goal-shy side up to Wolves this weekend, swiftly followed by a trip to Spurs. Newcastle at home represents a crunch clash at the end of April, before Arsenal away, then Man City at home on the final day. Yikes.

In truth, Cardiff don’t have it easy either: Warnock could have a huge say in the title race as his side have the small matter of attempting to get a result against leaders Liverpool this weekend. A couple of two pivotal games against relegated Fulham and Crystal Palace then follow, before Man Utd away on the final day - Solskjaer could relegate Cardiff for a second time…

Warnock has an incredible eight promotions to his name since stepping into the dugout back in the early 1980s. However, keeping Cardiff in the top-flight would arguably be his best achievement in management.

In his first top-flight venture, Notts County were relegated at the first time of asking (1991-1992), as were Sheffield United in 2007. After Tony Pulis’ surprise departure Warnock took charge of Crystal Palace ahead of the 2014/15 season, only to be sacked at Christmas.

Could it now be a case of fourth time lucky with Cardiff?