Fight of the Year? How about one of the greatest fights of all-time? On Saturday night, the boxing world was left stunned by Leigh Wood’s incredible comeback win over Michael Conlan.

The WBA featherweight champion recovered from a first round knockdown to brutally stop his challenger in the last round, sending Conlan through the ropes in the process, and set up a hometown fight at the City Ground, home of Wood’s beloved Nottingham Forest.

Now the dust has settled on that unbelievable night, we’ve decided to take a look at three options for Wood’s next fight.

A Rematch With Conlan

The obvious choice given how much fun the first fight was. For more than ten rounds, everything was going to plan for Michael Conlan, and the Belfast-born boxer looked to be cruising to an easy win on the scorecards. Then disaster struck.

DAZN Boxing
@DAZNBoxing
Fight of the year? 🤝
KO of the year? 😤
Leigh Wood vs. Michael Conlan was absolutely INCREDIBLE 🤯
#WoodConlan
248
1261

Though devastating, that final round stoppage at the hands of Wood certainly didn’t do Conlan, one of Ireland’s greatest ever amateurs, a disservice. ‘Mick’ dazzled on Saturday night and he no doubt won over a smattering of fans with his slick performance at the Nottingham Arena even in defeat.

Despite the brutal conclusion to the bout, the outcome wasn’t emphatic enough for these two fighters to be completely done with one another. Conlan certainly sounds pretty keen, anyway.

Speaking to DAZN, the 30-year-old said, “There has to be a rematch. I’ll be ready for it in eight weeks if Leigh wants to run it back. It was an absolute pleasure to share the ring with Leigh and I’m desperate to do it again.

“I know Matchroom loved the event, DAZN loved the event, and the fans were going crazy for it. I can understand Leigh seeing what options he has, but for me, the best fight out there right now for the two of us is a rematch.”

The Winner Of Martinez vs Warrington

How about a mouth-watering unification showdown next instead? The winner of March 26th’s IBF featherweight title fight between Kiko Martinez and Josh Warrington would be an appealing option for Wood and, should Warrington emerge victorious, a bona fide stadium filler, whether that be at the City Ground or Leeds United’s Elland Road.

However, should Martinez emerge victorious over the Leeds Warrior, it would still provide Wood with a sturdy challenge. The tough-as-nails Spaniard is something of a veteran of the sweet science and his win over Kid Galahad last November showed that at 36, he’s still a danger. 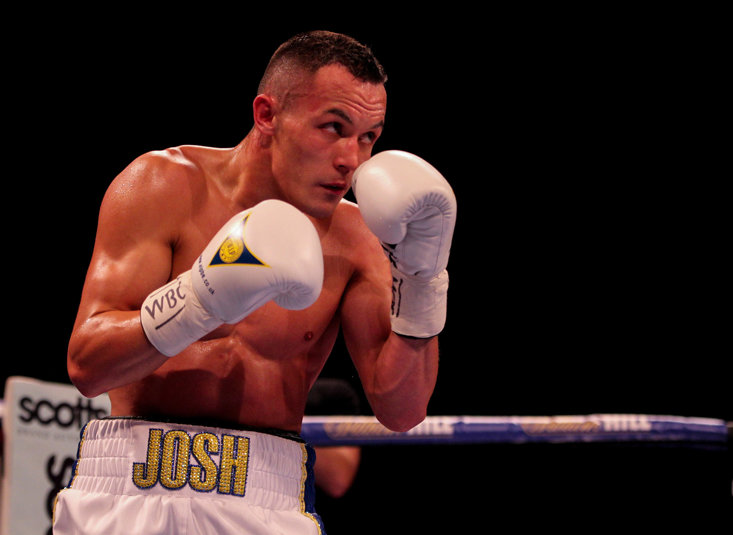 Speaking after the fight, Eddie Hearn, who promotes both Wood and Warrington, said, “If Leigh Wood fights in Nottingham again, it will only be at the City Ground. That’s been his dream for a long time. If it’s Vegas for Santa Cruz, we’ll see.

“But with the Kiko Martinez fight, if he wins you do the fight at the City Ground. If Josh Warrington wins there’s an argument as to whether we go City Ground or Elland Road, but it’s a nice argument to have.”

Another intriguing option at 126lbs is WBA ‘Super’ titleist Leo Santa Cruz. The Mexican hasn’t fought in the featherweight division for three years and has faced calls to vacate the belt, a move that would see Wood elevated to the WBA’s sole champion.

Santa Cruz, a four-weight world champion, would represent the toughest test of Wood’s career so far, having mixed with some top quality operators including Carl Frampton, Gervonta Davis, Abner Mares and Kiko Martinez.

Speaking to iFLTV after the fight, ‘Leigh-thal’ said, “Yeah, Leo Santa Cruz picked Conlan to win. Bring him over here because he’s going to underestimate me again. Everyone keeps underestimating me.”

Kiko Martinez is 18/5 to beat Josh Warrington with Betfred*