In 2016 the English Heritage scheme erected a blue plaque in Stroud Green, North London to celebrate the life and footballing achievements of Laurie Cunningham. In doing so the former West Bromwich Albion, Real Madrid, and England winger posthumously joined an illustrious array of fellow recipients who have each fulfilled the criteria of making ‘an outstanding contribution to human welfare or happiness’, a who’s who of the great and the good that includes Sir Winston Churchill, Charles Dickens, and Mahatma Gandhi. Through this deserved honour Cunningham is now forever enshrined in the highest of company. So are they.

It’s become poetic cliché to describe a wide player’s poise under pressure as ‘balletic’ but in Cunningham’s case it’s entirely appropriate. After leaving school he was offered a place at the distinguished Ballet Rambert but instead opted to sign for Leyton Orient where he was soon putting his dancing chops to good use winning competitions in nightclubs to pay his regular fines for tardiness.

On the pitch he delighted; exhilarated; his wing-play an easy artistry that lit up Brisbane Road for three seasons before the inevitable call came from the big clubs with West Brom eventually winning the race for his signature. 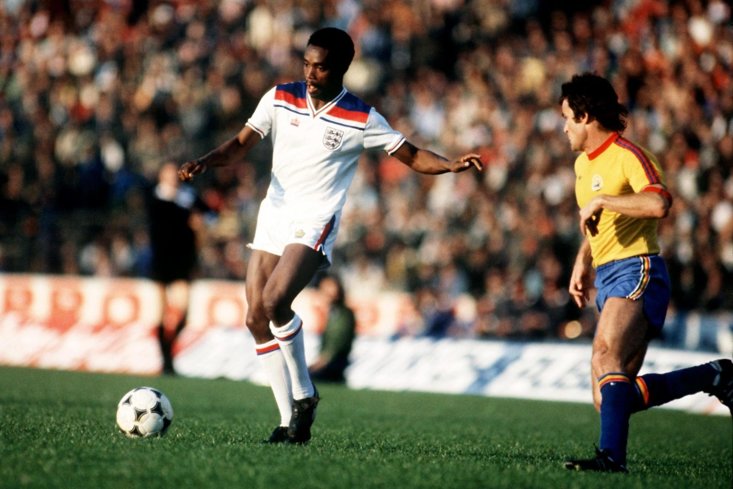 At the Hawthorns the 21-year-old quickly established himself as a devastating force down the left flank, an integral figure in arguably the Baggies’ greatest ever side. This was the Ron Atkinson era of ‘Bomber’ Brown, Brendan Batson, Cyrille Regis, and Bryan Robson and for consecutive seasons they challenged for the title, ultimately having to settle for becoming the neutral’s favourite and individual honours. In 1979 Cunningham became England’s second black full international narrowly pipped to being the first by Viv Anderson.

The colour of his skin would not be an issue today and it should not have been an issue back then but sadly of course it was. Outside grounds the National Front freely distributed their vile propaganda while from the terraces ball bearings and bananas were thrown. At Orient Cunningham was instructed merely to pick up any offending items and hand them to the linesman. Instead, after scoring a last minute winner at Millwall’s Den, he offered a Black Power salute in celebration to antagonise the baying hordes.

Such was his other-worldly ability the winger soon outgrew the insular, ramshackle arenas of England and in 1983 Real Madrid paid £950,000 to lure him to Spain. This in itself is startling as domestic players from this time simply didn’t move abroad: they stayed, slowly developed a paunch and comb-over and eventually semi-retired to what is now League Two. In his early twenties Cunningham – a sophisticate noted for his style and innovative training methods that incorporated yoga – learnt a new language until he was fluent, immersed himself in an alien culture, and thrilled a fresh audience with his daredevil dribbling. He remains one of a very select few Real Madrid players to have received a standing ovation at the Nou Camp. 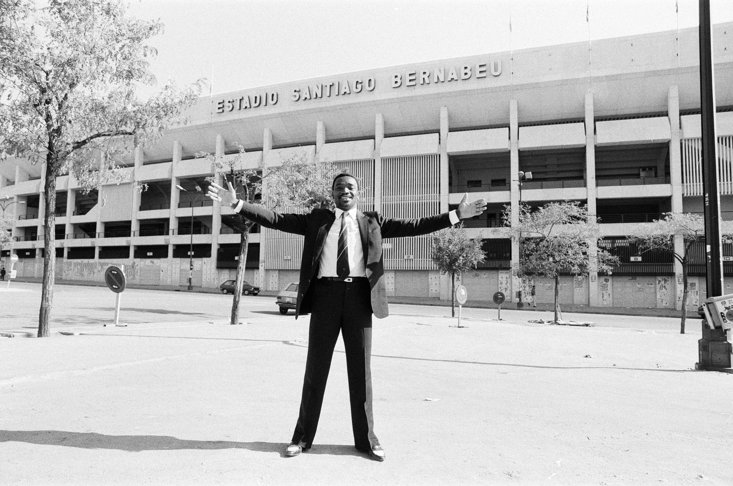 Sadly it was around this point where injuries took their toll: first a broken toe, then a persistent thigh problem that refused to properly heal. Britain tuned into the 1981 European Cup final against Liverpool for a rare chance to catch up with their departed genius only to see him struggle throughout.

It was the injuries that resulted in Cunningham coming home, briefly reuniting with Atkinson at Manchester United then Leicester and latterly with Wimbledon where he made a forty minute cameo in the famous Wembley giant-killing of Barnes, Beardsley and co. In between were spells at Sporting Gijon, Marseille, and Rayo Vallecano.

In his second stint with the Segunda Division side - and now happily wed to a Spanish bride - the son of a Jamaican jockey and football trailblazer crashed into a parked car that had pulled over to the side of the road with a flat tyre. Cunningham had recently scored the goal that clinched promotion for Rayo and now he was dead aged just 33.

Tributes poured in from a shell-shocked football community and continue to do so. In a 2013 documentary, the then Spanish national team coach Vincente Del Bosque said: “I don’t think his qualities were any less than Cristiano Ronaldo’.

If you saw Laurie Cunningham in action it was a privilege. To learn about him now is a pleasure.

This article first appeared in The Sportsman on 15/07/17