Football
News
Remembering Luton Town’s Legendary Side Of 2005 And How A Decade Of Chaos Has Lead Them Back To The Championship
Simon Lillicrap
14:22, 02 Aug 2019

“Tonight is the night we are back where we belong. Regardless of the result, you will see something special at Kenilworth Road tonight.”

It promises to be a landmark occasion, not just for Luton Town but for the entire footballing world. Football fans everywhere can breathe a huge sigh of relief as the worst period of the year comes to an end. It has been 67 days since Paul Tierney blew the final whistle on the Football League season at Wembley. 67 days since Aston Villa sealed their return to the Premier League and 67 days that have felt like a lifetime to every single football fan. The long wait is finally over.

Luton Town kick off the season on Friday August 2 at Kenilworth Road as they host Jonathan Woodgate’s Middlesbrough side in the opening game of the football season. The Hatters return to the second tier of English football for the first time since their disastrous campaign in 2006-07.

But we are not here to look at the financial doom and gloom that lead to three successive relegations, but instead the incredible 2005-06 season that saw Luton record a tenth place finish in the second tier.

There are several similarities that we can draw between this Luton side and the one from 14 seasons ago. Both sides came up to the Championship after romping to the League One title with over 90 points and there was a huge feel-good factor around the club heading into the second tier.

That Luton squad remains firmly ingrained in the memories of the Hatters’ faithful and we spoke to Ian Robertson from @WeAreLutonTown about that famous promotion campaign:

“That was some season, it was the first and only season in my mind we went into every game thinking we would arrogantly come out with three points and without breaking a sweat.

“We had what you would call ‘Luton’ players, ones that etched their names into the Luton history books, the ones that still attend games now and still have that love for the club.

“My memories from that year was the immense away support, fast flowing attacking football and the team never giving up. We should have got 100 points that year, if it wasn’t for Newell letting the team go out on the town the night before and putting a miss-matched squad together we’d have beaten Doncaster that day.”

Luton Town FC
@LutonTown
ℹ️ MATCH PREVIEW | The first Town Championship match preview in just over 12 years. It's been a bit of a journey since then.
Have a read of all the info ahead of the game by clicking the link.
👉 #COYH 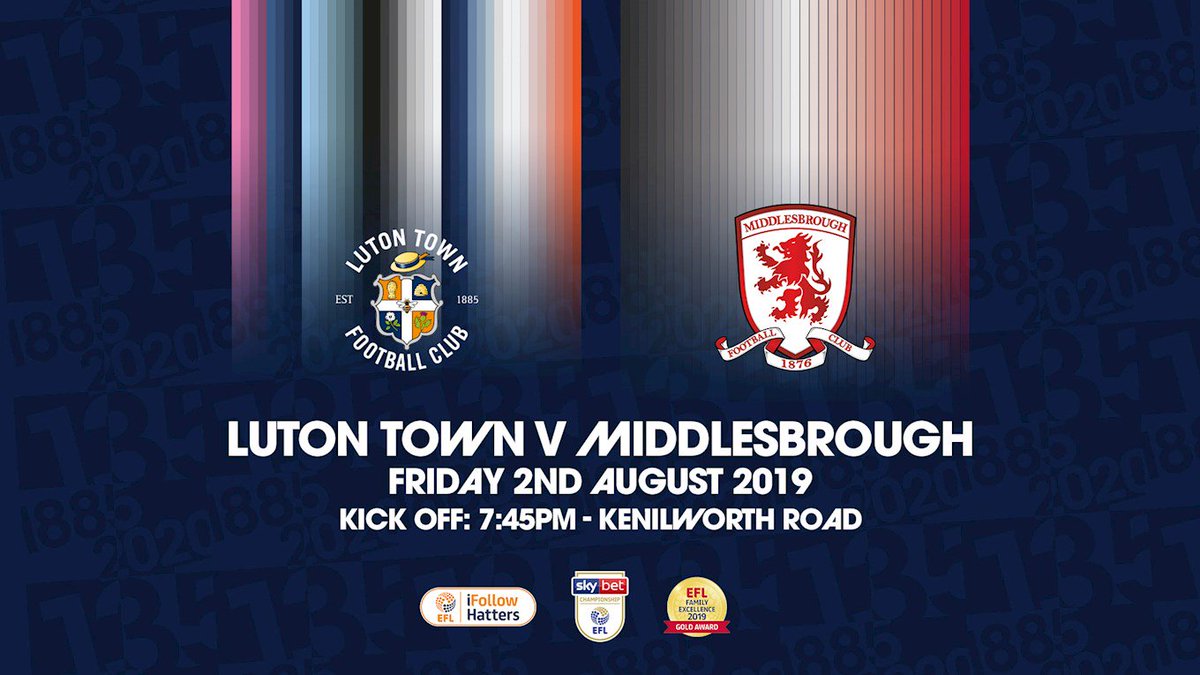 The Championship provided a tougher test for the Luton side but Mike Newell brought in some decent signings in the transfer market. Although he lead them to a tenth place finish, Newell is not as fondly remembered as the team he created as he did not have the well-being of the club at the top of his priorities which contributed to the financial ruin of the club over the coming years.

Despite this, in 2005/06 the Hatters did incredibly well and finished in tenth place before disaster struck off the pitch and they were relegated in three successive seasons as Ian explains:

“We tinkered only slightly, brought in some well-scouted players. Like Marcus Heikkinen, Carlos Edwards and we signed a decent striker in the form of Rowan Vine. Between Howard, Robinson, Brkovic and Vine they ripped many of the Championship defences apart.

The second season in we had the heart of our team sold from beneath us, that was the start of the downward spiral we found ourselves in with a gentle nudge from the Football League and Football Association.”

We have only just made it back, today, tonight is the night we are back where we belong. Regardless of the result, you will see something special at Kenilworth Road tonight.”

As to whether the current side, now managed by new boss Graeme Jones are showing any similarities to that legendary side, Ian remains cautious but excited for the imminent campaign:

“The style of play is about the only factor [that has remained the same], football has changed a lot in that time. It’s difficult to say which squad was better, both have been brilliant. The Championship has changed a lot, it’s going to be tough.”

Luton have been on the footballing rollercoaster over the past fifteen years but in the last two seasons they have been the must-watch team in the entire Football League. With the dark times now behind them and a bright future ahead, it should be a cracking atmosphere in this season’s curtain-raiser. COYH.

We Are Luton Town
@wearelutontown
👀⚽️ GAME DAY | MIDDLESBROUGH
After twelve seasons out of the Sky Bet Championship Luton are back, what a twelve years it has been.
Tonight we show the rest of the world why English football is starting at Kenilworth Road this year.
#COYH #WALT #LTFC #MFC 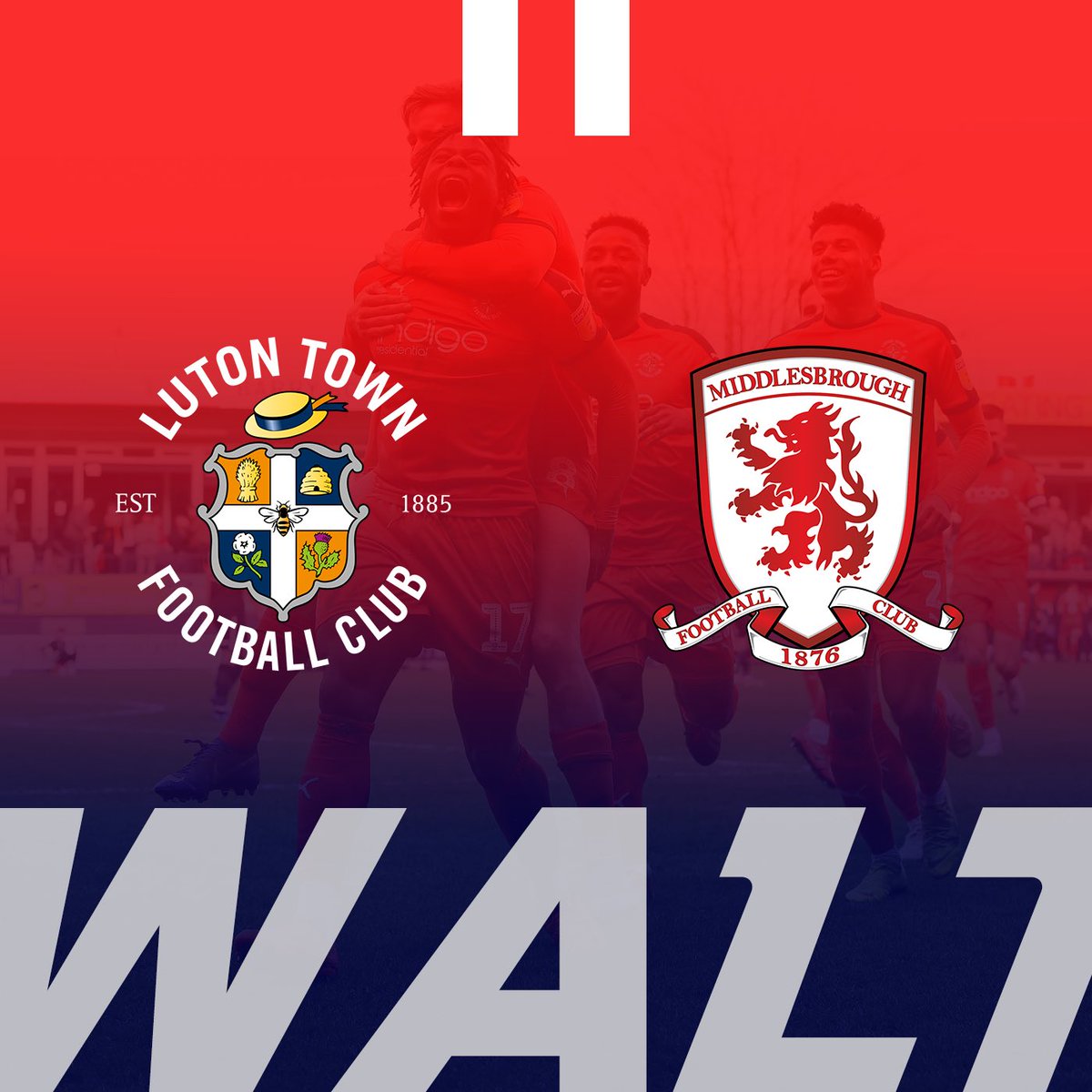 6
34
More
football
Book Review - King Eric: Portrait Of The Artist Who Changed...
Leeds. Irwin. £1million. Title. Double. Palace. Kick. Ban. Seagulls. Return. Liverpool. Double. [ ... ]
football
Replacing Rapinoe And Morgan? The Ladies Who Can Light Up The...
Write off 2020. The best thing about it is remembering how good 2019 actually was. One of the undeniable [ ... ]
football
Wembley Woe: When England Lost To Germany At Euro ‘96
In the summer of 1990 England tasted their first ever penalty shootout heartbreak when they went out [ ... ]
football
Get Ready For A Nostalgia-Fest With Italia '90 Podcast Vincerà!
Hosted by Mark Godfrey and running from June 8th to July 8th, Vincerà! is a 24-part podcast series [ ... ]
football
Harry's Heroes, Vinnie Jones And Revenge At The Battle Of San...
When Vinnie Jones started crunching San Marino players left, right and centre, it was clear the friendly [ ... ]
football
Prodigal Talent Of The German Game Is Turning RB Leipzig Into...
This article first appeared in The Sportsman on 07/12/19 What were you doing at the age of 28? If it [ ... ]
football
''I Was Really Wasted'': When Jurgen Klopp Woke Up Hungover...
This article first appeared in The Sportsman on 05/09/19 Anyone watching the Amazon Prime documentary [ ... ]
football
Book Review - Yer Joking Aren't Ya?: The Story Of Middlesbrough's...
In 1997, Middlesbrough Football Club reached the finals of both the League and FA Cup, had the might [ ... ]
football
Carragher's Brilliant Podcast Shows The Greatest Games Are The...
What’s the greatest football game you’ve ever seen?  Jamie Carragher doesn’t [ ... ]
football
Red Bull And The Football Training Centre Of The Future... Today!
It is now 33 years since Red Bull sold its first ever energy drink. Pre-April Fool’s Day 1987 [ ... ]
football
On This Day Messi's Barcelona Tally Hits 500 In El Clásico Triumph
If you’re going to hit a milestone, and one that no one in your club’s illustrious history [ ... ]
football
The Secret Behind The Success Of Lineker, Shearer And Wright's...
The unavoidable hiatus to the broadcast of the BBC’s flagship football programme will not deny [ ... ]
football
Neymar Jr... Junior! Santos Like The Look Of Ronaldo-Imitating...
On March 7 2009, a slightly-built 17-year-old from Mogi das Cruzes, São Paulo, walked out onto [ ... ]
football
Business As Usual: A Beginners Guide To The Belarus Premier...
If you’re going out of your mind without your football fix, well we’re sorry you just haven’t [ ... ]
football
Why June 30 Could Be D-Day For The Fate Of Premier League Season
England captain Harry Kane has added his voice to the growing calls for the Premier League season to [ ... ]
football
You Heard It Here First - Brescia's Sandro Tonali Is Italy's...
Since winning the World Cup in 2006, it has been turbulent time on the international stage for Italy. [ ... ]
football
A Reunion With Ancelotti Could Resurrect Rodriguez's Stuttering...
No club chews up and spits out world class players quite like Real Madrid. Yet, their sense of entitlement, [ ... ]
football
'Quickly Kevin' Is The 90s Football Nostalgia Podcast To Beat...
While the majority of sports podcasts scramble to fill the minutes within the disruption of the [ ... ]
football
Where Did It All Go Wrong For Phil Neville And The Lionesses?
Winning, Phil Neville recently said at the SheBelieves Cup, is what would bring England’s women [ ... ]
football
''Drop A Few Hand Grenades'' Keegan's Advice To Scholesy The...
A packed out Wembley roared like one of those indomitable Three Lions to greet England’s new messiah. [ ... ]
football
Rise Of The Couch Coach: Coronavirus Causes 119% Surge In Football...
Thousands of us are flocking to virtual reality and gaming to help fill the void of no live football, [ ... ]
football
Review: Diego Maradona - Drop Yourself Into The Great's Chaotic...
When Diego Armando Maradona arrived at Napoli in 1984 for a world-record fee, the entire city ground [ ... ]
football
Arsenal's Tough Choice - Is Donyell Malen The Ying To Aubameyang?
Arsenal’s inability to manage the contractual situations of their biggest stars has plagued them [ ... ]
football
Robbie Fowler Is Making His Mark As A Manager With Brisbane...
The curtains came down on one of the last bastions of football standing in 2020 this week. Before the [ ... ]
football
Long Live The King: Eric Will Always Be Manchester United's...
“If ever there was one player, anywhere in the world, that was made for Manchester United, it [ ... ]
football
I Was There - The Day Football Came Home To Wembley
The closest I ever got to attending the original Wembley Stadium was on its final day in operation in [ ... ]
football
'Sunderland Til I Die' Heads To The Boardroom In Netflix's Second...
The docks have been left deserted. The wealth has dried up. Wearside has become an impoverished place [ ... ]
football
How Chief Creator Silva Became New Face Of Premier League
Football has been cast into uncertainty by the coronavirus pandemic. As it stands, nobody is sure if [ ... ]
football
Lookback:Chelsea 6-0 Arsenal When Arsene's 1000th Game Went...
It was supposed to be an occasion to celebrate for Arsene Wenger, but his 1000th game in charge of Arsenal [ ... ]
football
Ronaldo, Kane, Hazard - The Winners And Losers Of Euro 2020...
So as of this week Euro 2020 became Euro 2021. Another casualty of the global Coronavirus epidemic. [ ... ]
This website uses cookies
Cookies help us and our partners provide statistics. By browsing this website, you consent to the use of cookies in accordance with our Privacy Policy and Cookies Policy.
Accept & Close