On June 3 2016, we lost the great Muhammad Ali - not only one of the most important sporting icons of all-time but also a man whose impact can still be felt today, tomorrow and probably for centuries to come.

Quite simply, Muhammad Ali transcended boxing and sport as a whole. It would be impossible to definitively rank Ali’s greatest performances in the ring but below are our picks for his five finest moments.

A fight marred in controversy til this day, Liston’s ties to the mob at the time mean we’ll never know if Liston threw the fight when he spat out his mouthguard, as the bell for the seventh round rang, and refused to fight on.

Allegations aside, the first fight with Liston marked Ali’s (then Cassius Clay) arrival to the world stage.

Few in the boxing world expected Ali to win this fight, Sonny Liston was essentially a Mike Tyson prototype - feared by all and regarded by many as the best heavyweight on the planet at the time.

Even Ali, famous for his pre-fight baiting of opponents including Liston, was once shaken to his core when he was confronted by Liston.

The story goes that before Liston’s second fight with Floyd Patterson in 1963, Ali encountered his future opponent in a Las Vegas casino having a bad night on the tables shooting craps. Ali being Ali was said to have shouted: “look at the big ugly bear, he can’t do nothing right.”

Bad move. “If you don’t get out of here in 10 seconds, I’m gonna pull that big tongue out of your mouth and stick it up your ass” was Liston’s response. Needless to say, Ali made a swift retreat.

Inside the ring, Ali had more to contend with than just terrifying opposition. After the fourth round, Ali returned to his corner complaining of a burning in his eyes.

Angelo Dundee, Ali's longtime trainer, recalled on an NBC special 25 years later. “He said, ‘cut the gloves off. I want to prove to the world there's dirty work afoot.' And I said, 'whoa, whoa, back up baby. C'mon now, this is for the title, this is the big apple. What are you doing? Sit down!”

With the fight on the verge being stopped by referee Barney Felix, Dundee’s last words to his charge before the fifth were simply, “run.”

Ali survived the round, thoroughly outclassed Liston until the seventh, where the champion retired. The rest, as they say, is history. 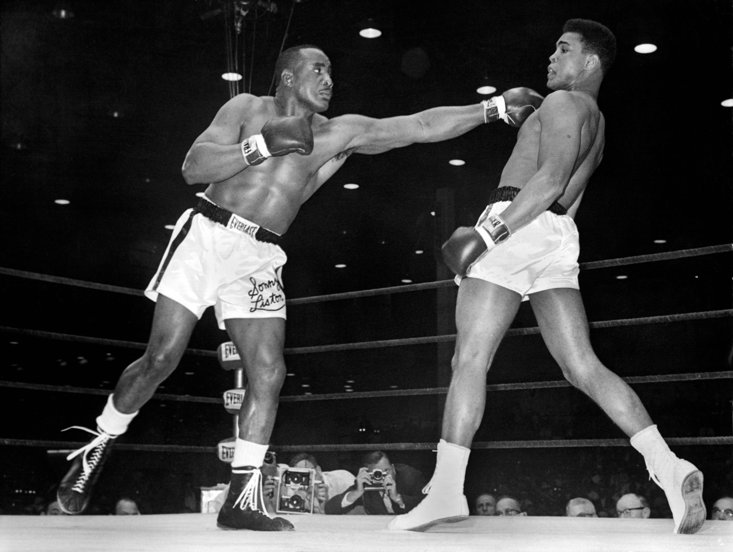 There’s no doubt that his two wins over Sonny Liston, the rumble he had with Big George Foreman in Zaire and the brutal third war with Joe Frazier in the Philippines are more significant chapters in Ali’s spellbinding career but in terms of sheer brilliance and elegance in one fight - nothing comes close to the show he put on at Houston’s Astrodome.

The fight was Ali’s seventh defence of his heavyweight crown and, more significantly, his first on US soil since he famously uttered: “I ain’t got no quarrel with them Viet Congs.”

At 33, Cleveland Williams was on the decline and hadn’t been entirely the same fighter since being shot in the gut by a policeman’s revolver two years prior. He was a threat, though, and some truly believed Williams had at least a puncher’s chance of being the first man to beat ‘The Louisville Lip’.

What followed was one of the greatest performances of any man in the history of boxing.

He opened the fight by dancing around Williams in typical Ali fashion. Hands dropped to his side, daring Williams to hit him, he picked him off with snapping jabs any time he dared come close.

The second round saw Williams hit the canvas three times and he went down again in the third.

60 seconds into that same round, referee Harry Kessler was forced to end the fight and rescue the helpless ‘Big Cat’.

This was Muhammad Ali at his absolute prime. Five months later he was forced into boxing exile by the US Government for three years.

Yes, many great nights and bigger wins were still to come in Ali’s glittering career but it’s crazy to think the world never really got to see 'The Greatest' at his absolute best after this fight. 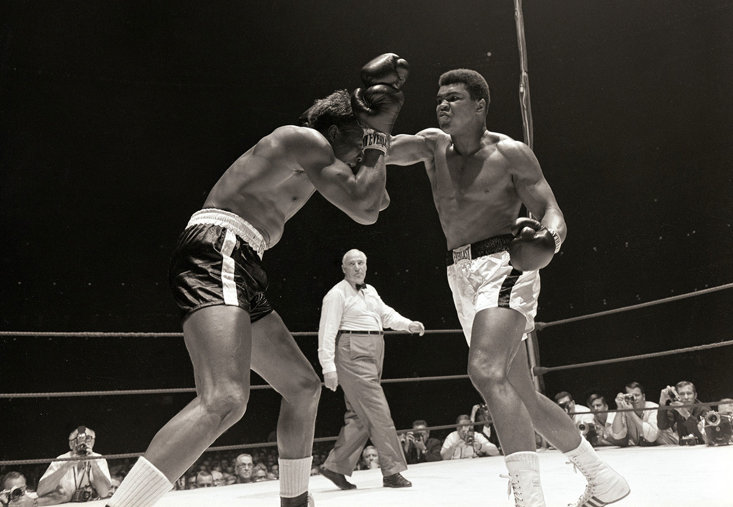 "If you even dream of beating me you'd better wake up and apologise."

The most-watched live TV broadcast at the time, an estimated 50 million viewers watching via PPV and closed-circuit theatre TV and grossing an estimated $100m in worldwide revenue - they don’t get much bigger than ‘The Rumble In The Jungle’

Chronicled in Norman Mailer’s classic book ‘The Fight’ and in Leon Gast’s phenomenal documentary ‘When We Were Kings’, it’s probably the most talked about of Ali’s many great performances.

Again, Ali entered this fight as a huge underdog (4-1 with bookmakers at the time) and many around him were genuinely concerned for his safety against Foreman, a man widely considered invincible at the time and who’d steamrolled his way through the heavyweight division with ease to reach the top.

Ali had a trick up his sleeve though. What is now famously called the ‘rope-a-dope’ technique, was Ali’s plan to lean on the ropes and defend, resulting in Big George Foreman unleashing huge but largely meaningless power shots on Ali, draining himself of energy round-by-round.

By the 8th round, the exhausted Foreman was a shell of himself and a thunderous Ali left hook brought the man mountain to the canvas and the referee signalled the end of the fight.

More than anything, ‘The Rumble In The Jungle’ showed the world Muhammad Ali’s tactical genius.

Regarded by many as the greatest fight of all-time, the gruelling war that Muhammad Ali and Smokin’ Joe Frazier shared on a sweltering October’s morning in the Philippines was quite simply a stand-off between two of the greatest heavyweight fighters to grace boxing.

‘The Thrilla In Manila’ showed both the best side of boxing and its worst. Ali and Frazier always brought the best out of each other, like no other heavyweights could, so when the two agreed to meet for a third and final time to decide once and for all who’s the king, it was no surprise that what followed was arguably the most brutal 14 rounds of boxing ever.

At the end of round 14, Frazier’s trainer, the legendary Eddie Futch, sensed that his fighter was burned out and despite protests from Frazier, Futch was forced to throw in the towel and bring a halt to the bout.

An extremely fortunate event for Ali, who himself was ready to throw in the towel after the 14th - if it wasn’t for Angelo Dundee ignoring his request, the fight could have had an entirely different conclusion.

Ali would later say the fight was the closest thing to death he’d ever known. 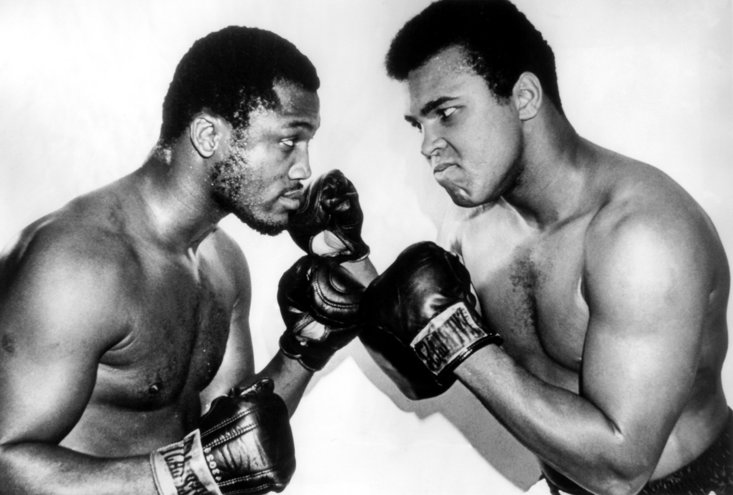 "This will be my last fight. I will go down as the first man to win the title three times.”

Sadly this quote would only be half true, with Ali going on to fight twice more after this - long past his best, but this fight should have been the perfect closing chapter to Muhammad Ali’s spellbinding career.

After losing to Spinks via a split decision seven months prior, Ali had the chance to not only avenge his defeat but also had the opportunity to become the first man in history to win the World Heavyweight Championship three times - another step towards boxing immortality.

On the night, it might not have been the same Ali that had dance around Cleveland Williams in ’66 or the Ali that had bamboozled George Foreman in Zaire, but the Ali that did fight was still as beautiful watch as ever.

He moved around Spinks with such grace and his jab was at its devastating best, cruising to scores of 11-4, 10-4-1 and 10-4-1 from the judges, all in favour of Ali, giving him the last win of his career and an unprecedented third world title.

He may have tried unsuccessfully to have last hurrahs against both Larry Holmes and Trevor Berbick after this fight, but this was Ali’s real swan song - a stark reminder of a man who defied odds over and over again. He’ll never be forgotten.