The three-time world champion of the most elite motorsport was killed in an individual crash driving for Williams-Renault on the Tamburello corner at Imola, two months after his 34th birthday.

Senna is still held on a pedestal by those in the sport who have followed in his stead and the worldwide F1 community and fanbase, not simply because of the romanticism that premature death unfortunately affixes, but imperatively via the sheer talent and unparalleled charisma he possessed in such a technical, mechanical sport. The beautiful documentary Senna directed by Asif Kapadia and released in 2010 introduced the peerless driver to a whole new generation and undoubtedly kept his legacy intact.

The tragedy reverberated nowhere more than his home country of Brazil. In a country where football traditionally dictates the state of the union, Senna is supreme in stature. It’s arguable that events such as his Donington ‘93 race which superlatives escape or (especially) his exhausting, emotional homecoming at the 1991 Brazil Grand Prix are solidified in the collective public consciousness as any of their multiple World Cup victories.

While commemorations are forthcoming whenever the anniversary is marked, perhaps the most significant touching example is the one that represents the union of the two sports together and the transcendence of Senna in the Brazilian mindset. On the 10-year anniversary of his death, the magazine Veja described him as ‘an idol enveloped with the aura of a saint’.

In October 2018 the most successful club in Brazilian football, São Paulo-based side Cortinthians released a stunning kit to mark Ayrton Senna’s first F1 victory. The side debuted their third jersey it in a Campeonato Brasileiro Série A home fixture with Flamengo with the crowd inside the stadium forming a poignant Tifo spelling out ‘Senna Sempre’, ‘Senna always’.

The kit was presented in the iconic John Player Special colours of black and gold which adorned the Lotus 97T in which Senna won his first race, at the Portuguese Grand Prix in Estoril in April 1985. Lotus had signed Senna from Toleman in the same year, and the win came in the second round of the season’s championship. Senna achieved six podium places from his two victories in the vehicle, in Portugal, and in Belgium.

The jersey is striking with the dominant Senna signature taking central position across the chest area and features 41 golden lines to represent every single race he won during his professional career. Inside the collar is inked the same phrase held aloft by the Tifoli in the Arena Corinthians during the shirt’s unveiling; 'Senna sempre'. 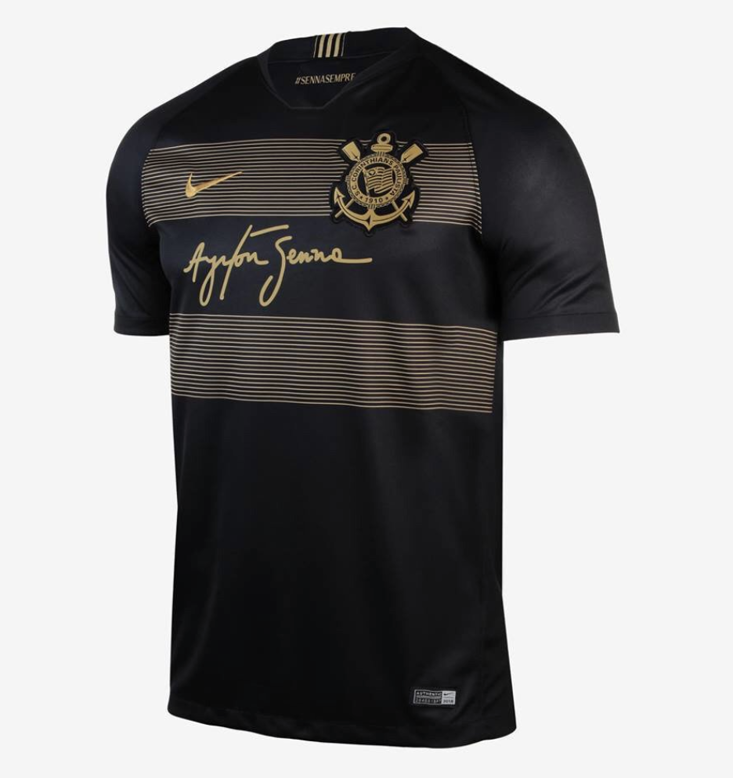 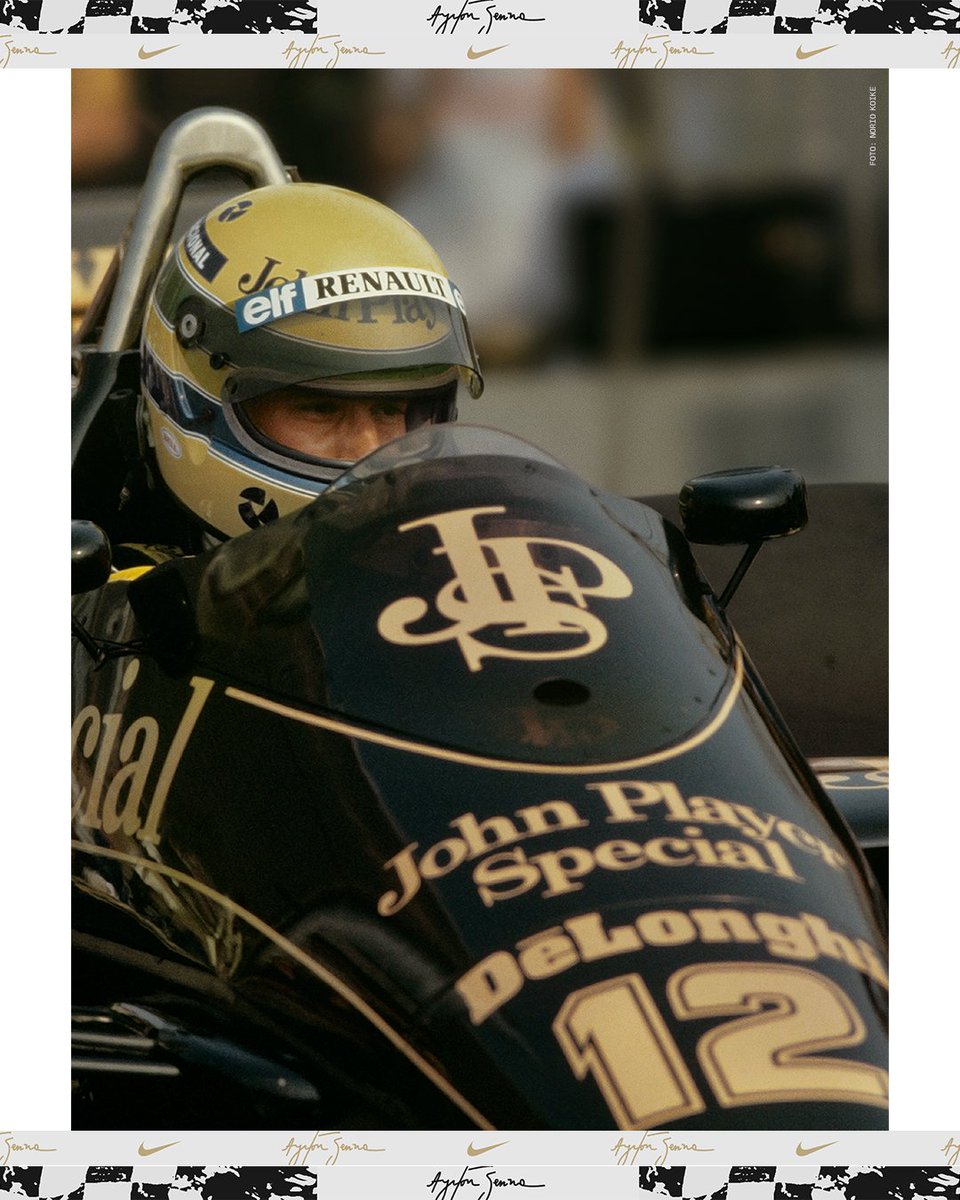