Manchester United are in the market for a centre forward after the departure of Cristiano Ronaldo. With a reported £500k lopped off the wage bill, there is room to manoeuvre when it comes to replacing the five-time Ballon d’Or winner. The situation is complicated by the issue of the Glazer family seeking “strategic alternatives”, including a possible sale of the club.

Social media is already rife with reports, rumours and suggestions of who could fill the boots of ‘CR7’. The Sportsman has filtered through all the noise to bring you the five names everybody’s talking about. Here are United’s options as they stand, and what each would mean for the Red Devils.

This is the name most frequently linked with a transfer to United at the present time. You can see why. The Nigeria international has 11 goals in 14 Serie A games so far this season, propelling him onto the shopping lists of a lot of clubs.

Still only 23, it feels like Osimhen has commanded attention for a long time already. A consistent goalscorer for club and country, his age is also conducive to learning under Ten Hag. Osimhen fits the mould of many of Sir Alex Ferguson’s signings. Highly-rated with his best years ahead of him and well-known rather than a ready-made world superstar. This is the popular choice for a reason.

Behind Osimhen, PSV Eindhoven’s Gakpo is the most popular name amongst social media reds to pick up where Ronaldo left off. It’s a strange and perhaps slightly uninformed choice. For all his obvious talents, Gakpo is a winger rather than a centre forward.

Gakpo’s name has likely entered discussion for two reasons. One being the fact he was linked with a move to Old Trafford last summer, when the Antony deal looked dead in the water before being revived. The second being his impressive tally of nine goals in 14 Eredivisie games this season. But he remains a winger, and United are already blessed with goalscoring wide men such as Marcus Rashford and Antony. 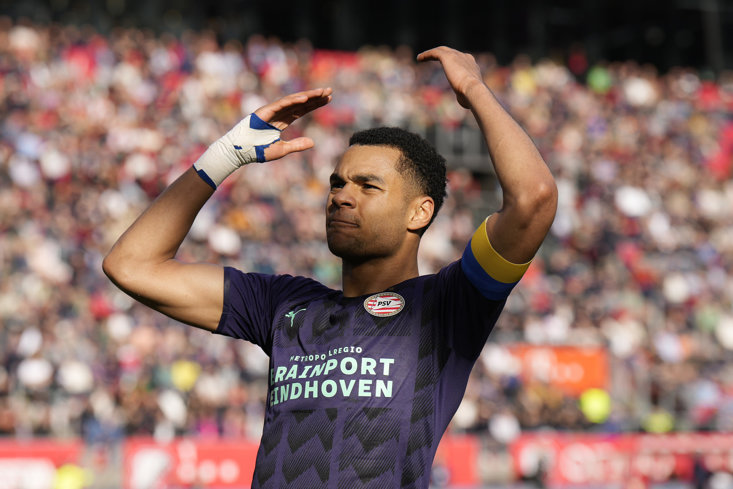 Another player United were linked with in the summer was Canada and Lille striker Jonathan David. Ten Hag appears to be a long-time admirer of the former Gent man, with the Red Devils’ interest in him credited to the Dutchman during the last transfer window.

An adaptable presence in the forward line, David can operate as a forward, a second striker or drop deeper as an attacking midfielder. This tactical fluency suits Ten Hag, who often shuffles his deck during games.

The value of signing a proven Premier League player is often overrated. After all, Erling Haaland hadn’t played a minute of English football before making it his personal plaything this season. But there is still something to be said for a player who knows how to break down a Premier League defence.

Ivan Toney is certainly one of those players. The Brentford striker has scored consistently over the last season and a half. He also has an understanding with former teammate Christian Eriksen, now a fixture in the United midfield. Ten Hag can harness a partnership that was very potent for The Bees.

Wherever there is a big club in need of a striker, the name of Kylian Mbappe is never far away. The Paris Saint-Germain star was even linked with Newcastle United when they came into their Saudi millions. With a takeover in the offing at Old Trafford, overexcited supporters have allowed themselves to dream of the 23-year-old wearing the famous red shirt.

The Sportsman hate to be the bearers of bad news, but it just isn’t going to happen. The forward committed his future to PSG with an extraordinary contract that near-enough makes him the Director of Football at Parc Des Princes. When he does leave, it is likely to be the white jersey of Real Madrid that he pulls on. Also, for all Mbappe’s talent, Ten Hag likely doesn’t want another egomaniacal, demanding forward in the ranks having just waved goodbye to Ronaldo.