Leeds can end the weekend in the Betfred Super League playoff zone for the first time this year, and new boss Rohan Smith believes winning the fans back has played a huge part in the Rhinos’ recent revival.

A stunning comeback win at Catalans Dragons last weekend was a fourth victory in five games through July, and The Rhinos now have a spring in their step ahead of Sunday’s visit of familiar foe Salford.

Agar has landed a new job, heading to the Vodafone Warriors in the NRL after working with Samoa at the World Cup.

And Leeds look unrecognisable from the desperate group of half-hearted strangers who left the field at Salford for the last time under Agar.

Under Rohan Smith they have rediscovered their attacking verve and seem to believe again.

The Rhinos have their fire back.

“Recent performances have been strong and more than anything fans want to see a committed team who want to play together and play for the badge,” Smith tells The Sportsman.

”That’s how we have been going about things regardless of results.”

The two often go hand in hand in elite sport. These more committed performances have yielded more positive results, with the last two games proving real highlights in that remarkable fightback from 30-6 down in Perpignan, and a roaring success against Wigan the previous week at Headingley.

And it was that Wigan win that underlined the feel of a sea change, with the famous old South Stand bouncing again, after a confused, disjointed and extended period of mediocrity since the last Grand Final win in 2017.

Leeds Rhinos
@leedsrhinos
Hands up if you love pink shirts! Sorry @Lord_Sugar time to head to the cafe for a long think on this one 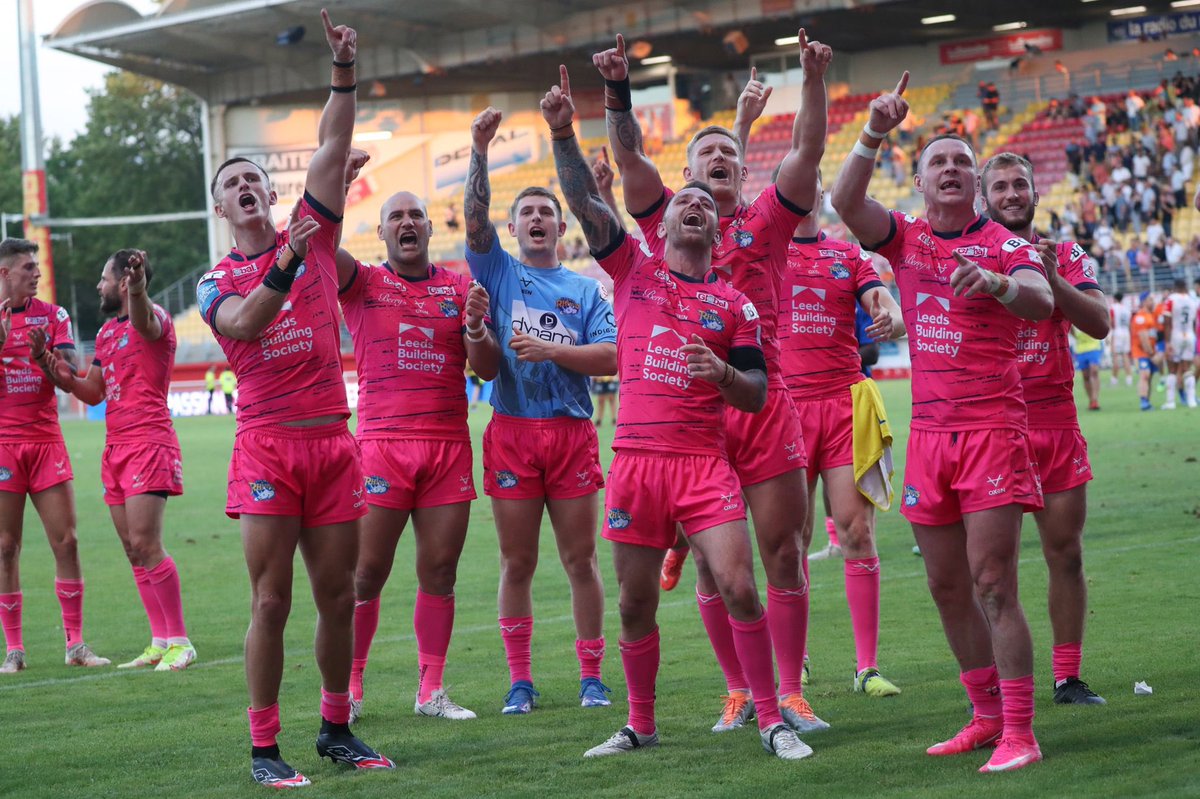 It felt like the old Headingley, and Smith knows that is one of the key ingredients to rebuilding the team and creating a new dynasty.

“There’s every reason to come and check it out in person isn’t there?” He says of his side’s current form.

“Playing for a collective purpose will see fans coming back.

“We have to start again and build it. I say to the players that we need to be able to win in different ways. Last week we came from behind to win and other games we have got out in front and start again. Last week never counts for anything, we have to come with the right intent and ride the highs and lows of the day”.

Smith has backed his players to cope with a new type of pressure, having fought back from the threat of relegation to a spot where they are realistic playoff challengers - and hitting form in the final third of the season is traditionally what Leeds have always done.

“I think they’ve been through a lot this year. A lot of adversity to deal with. They’ve kept showing up and fighting which shows the character in the group.

“Salford have belief and have been building for a long period of time. They are trying to fly under the radar but certainly aren’t under our radar, they are a dangerous team who believe in what they do.

“They work hard and scramble hard, a great example of what a team is.”

Smith insists he never looks at the Betfred Super League table and is only aware that his side are pretty close to the playoff places.

If Leeds can start August with another win, they will be right in the mix again, at just the right time.

leeds rhinos 14/1 to win the grand final via betfred*