Football
News
At this stage, it appears a reluctant parting of the ways between Rangers and Goldson is just months away
Graham Semple
10:23, 04 Jan 2022

Connor Goldson has been Rangers’ unofficial leader since he arrived from Brighton three and a half years ago. The influential 29-year-old is the voice of authority in the backline, and he doesn’t require the armband to demand high standards.

The Englishman constantly cajoles and bellows instructions. He is a commanding figure with old-fashioned values - and his bluntness highlights his ferocious will to win.

The Ibrox faithful has never been unanimous in their view of Goldson. His standing fluctuates weekly, and it plummeted to an almighty low when Rangers inexplicably collapsed after the 19/20 winter break.

Goldson repaid Steven Gerrard’s unwavering faith the following season. He was ever-present in an unbeaten campaign, and his contribution was immeasurable. Rangers set a new Scottish clean-sheet record, 26 in total, and conceded just 13 goals in 38 league matches.

His vocalness was especially important to Gerrard, who often emphasised the value of his defender’s presence in a predominantly quiet team. The behind-closed-doors matches supported the manager’s perspective, with Goldson’s booming voice detectable above the artificial crowd noise.

Goldson’s robustness and availability for selection is impressive. Since swapping Sussex for Glasgow, he has donned the light-blue jersey on 193 occasions - a remarkable feat considering he underwent heart surgery five years ago.

The Englishman entered the final 12 months of contract in June, and his poor start to this season did little to quell the undercurrent of negativity towards him. He was irritable on the pitch, slack in possession and vulnerable to basic punts forward. 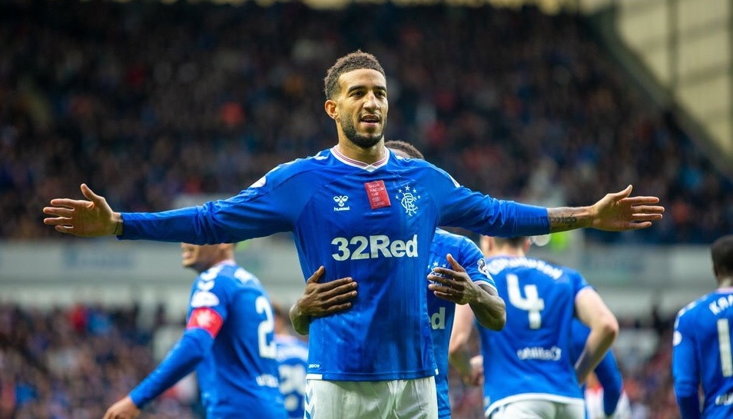 His comments in the aftermath of a resounding 3-1 defeat to Hibernian in the League Cup semi-final - indicating a lack of hunger in the dressing-room - ensured he encountered the wrath of a disgruntled fanbase.

Goldson has allayed unfounded fears surrounding his commitment by improving performances under Giovanni Van Bronckhorst. His form has returned, and so has his trademark cross-field ping to Ryan Kent.

Contract negotiations between the club and Goldson have become protracted, and a stalemate has developed. It seems probable the defender will lead the summer departures, but there is still time for a dramatic change.

The Scottish Premiership winners are likely to be guaranteed a spot in the Champions League stages - a financial windfall is tantalisingly close - and it would be folly to sell Goldson this month for an insignificant amount.

Rangers will bank a minimum of £12 million when Nathan Patterson completes his move to Everton this week, and a portion of the funds should be ring-fenced and used to entice Goldson to extend his stay.

The Scottish champions have a wage-structure in place, and it’s the terms on offer preventing an agreement rather than an eagerness from the player to move on. While there remains a willingness from both camps to reach a satisfactory conclusion, talks to reach a consensus will continue.

Rangers look set for a summer rebuild with a host of players nearing the expiration of contracts. If Goldson, a prominent performer, can be retained while the squad undergoes significant change, it will provide much-needed continuity.

In 2018, Goldson entered a traumatised club seeking a return to former glories, and he has played a prominent role in resurrecting the fortunes of a fallen giant. Those of a Rangers persuasion will remember his involvement in the invincible campaign, and more silverware is possible this season.

At this stage, it appears a reluctant parting of the ways between Rangers and Goldson is just months away. An amicable solution would benefit both parties, but regardless, the Light Blues have had value for money from their vice-captain.

The lure of England, and the finances on offer, may prove irresistible to Goldson as he prepares for the last big contract of his career - and few would begrudge him the chance to make his mark in his homeland.

Rangers are 4/9 to win the Scottish Premiership with Betfred*