Football
News
The Hammers captain is set to hang up his boots at the end of this season
Conor Keane
00:05, 10 May 2022

As a youngster, one of the biggest dreams you can have as a football fan is the thought of one day playing for your country with pride in front of a packed out stadium. West Ham United’s Mark Noble will get to realise this dream next month as he will represent England in this year’s Soccer Aid for UNICEF at the London Stadium.

The captain is set to hang up his boots at the end of this season at 35 years of age, bringing an end to a 22-year-long association with Hammers.

The boyhood supporter has lived the fantasy of any young West Ham fan and he is adored by those who fill the stands to watch him at each home game. It was long thought that this weekend’s match against Manchester City would be his last inside the former Olympic Stadium but it turns out he’ll make one more appearance at his second home.

Noble will be playing on that turf once again on Saturday 12 June as Soccer Aid makes its first appearance in the Stratford-based stadium. The midfielder’s biggest fans are being given one last chance to see Noble take to the field before he retires from the beautiful game.

He played over 500 games for West Ham, 412 of which came in the Premier League, while scoring 47 goals and providing 35 assists. This announcement will certainly be of great interest to the regular London Stadium attendees, who have the chance to give their skipper a second send off in what will be his first ever appearance as an England senior. 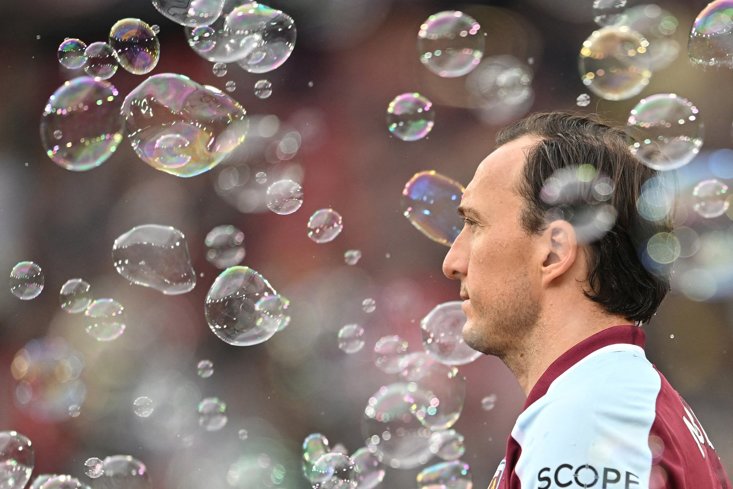 Noble played for England at various youth levels including the under-21s, but never had the honour of playing for the senior side. This is something that Soccer Aid for UNICEF are ceremonially awarding the veteran midfielder who cannot wait for the occasion next month.

“I was touched when Soccer Aid for UNICEF invited me to play for England,” said Noble.

“Playing for your country is the greatest honour for any professional athlete - and Sunday 12 June will be no different for me, or for my kids who are big Soccer Aid fans!

“Add to that the fact this is for such a special cause and I can’t wait to run out in front of 60,000 fans at the London Stadium one last time. It will be an emotional day, for sure – but I want you all to share it with me.

“Of course, this isn’t about me though – it’s about raising as much money for UNICEF as we possibly can. That was £13m last year and we want to go beyond that this summer. The match is well on its way to being sold out, so buy your tickets now and support this great cause.”

The live show on ITV and STV will be hosted by UNICEF UK Ambassador Dermot O’Leary. Alex Scott also returns as pitch-side reporter. Soccer Aid fan favourite Maya Jama makes her return as a pundit inside the studio.