Rugby League
News
St Helens CEO Mike Rush spoke to The Sportsman about the return of fans
Lewis Smith
08:02, 17 May 2021

18 months ago, long before the words lockdown and furlough were a common part of our vocabulary, the thought of St Helens celebrating a crowd of just 4,000 for a league game would have seemed laughable.

And yet, on Monday night when the gates of the Totally Wicked Stadium finally open again to those lucky punters successful in the ticket ballot, 4,000 will feel like a crowd ten-fold stronger than that.

Rugby league was the last sport standing in March 2020 as the world changed rapidly in the face of the pandemic, and now it will be among the first to welcome supporters back en-masse after nearly a year of playing games behind closed doors, with five Betfred Super League fixtures to be played in front of spectators on Monday night.

The landscape of the sport looks starkly different to how it did as the last supporters left the Mend-A-Hose Jungle on the 15th March 2020. Scrums are no more, win percentages have replaced league points, and Leigh Centurions have superseded the Toronto Wolfpack, but all of this will pale in insignificance to the waves joy of and relief that will sweep into the stands alongside spectators on Monday.

“This is huge for the club and the sport. The fans are the lifeblood of our club and so to have them back is incredibly important and long-overdue,” Mike Rush, St Helens CEO, tells me.

“We have probably suffered more than most clubs because of the fact we own our own stadium. We have lost all of our non-rugby income and that has had a big effect on us financially. So to have fans back on Monday is massive and the club has worked hard behind the scenes to ensure we are able to welcome those loyal fans back safely to support the team.”

Of course, Monday’s return doesn’t come without its own set of challenges. With attendance limited to 25%, and a raft of safety protocols such as one-way systems and social distancing to negotiate, getting ready to welcome fans back has been a huge operation,

“We have had to run a fair ticket ballot to all 2021 Members which has also involved contacting and posting out individual tickets to 4,000 of our loyal fans. As you can imagine, with limited staff, it has proven to be a huge job for all involved – especially given this is something we all have never had to do before," says Rush. 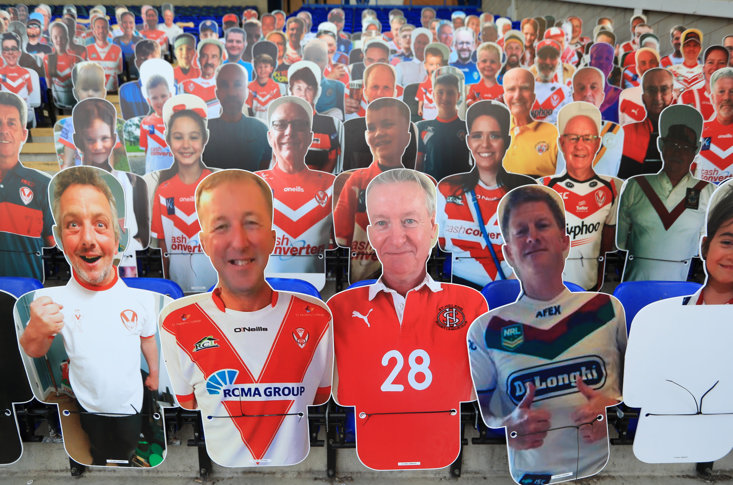 “There have been a myriad of obstacles to overcome in regard to seating, social distancing numbers as well as communication with authorities around the physical numbers we can have in the stadium. Thankfully we have worked through it and our fans are now able to attend with a pack of information to help them feel confident in returning. We can’t wait to welcome fans back on Monday.”

Throughout the pandemic, rugby league clubs have remained at the heart of their communities, and even though the turnstiles have remained locked, in many cases such as the Totally Wicked, stadiums have been at the forefront of the fightback against the virus.

“The Totally Wicked Stadium is an NHS vaccine centre which has meant we have added complications around safety and protocols in and around the stadium. That has presented its own challenges, but the staff we do have back working following return from furlough, have worked tremendously hard to prepare the venue for the returns of fans.”

The 17th of May has been on the horizon as the hopeful re-opening date since Boris Johnson announced the roadmap out of lockdown in February , but for the clubs preparing to open their doors at last, preparations go much further back than that, as Castleford Tigers Managing Director Mark Grattan explains.

“At the backend of last season we were one of the clubs who had a pilot crowd of a 1000 people, so we were set up for that, and it got the go ahead, and then got pulled a few days before because of a spike in the area, so we took the base of the plan from a year ago and upsized it to the crowd we are looking at now," he told The Sportsman.

“There’s a lot of challenges associated with that though, as a rule on a matchday we have 18 turnstiles, but we can’t use those obviously because of people touching them, so we’re having to get the crowd through the entry and exit gates on a one way system. There’s a lot of logistical issues with it, it’s one those you can plan, but until you see people arrive and how it works it’s difficult.”

Whilst supporters back on the terraces will be a sight welcome to all on Monday evening, the restrictions in place mean that some clubs face a balancing act to keep matchdays financially viable. 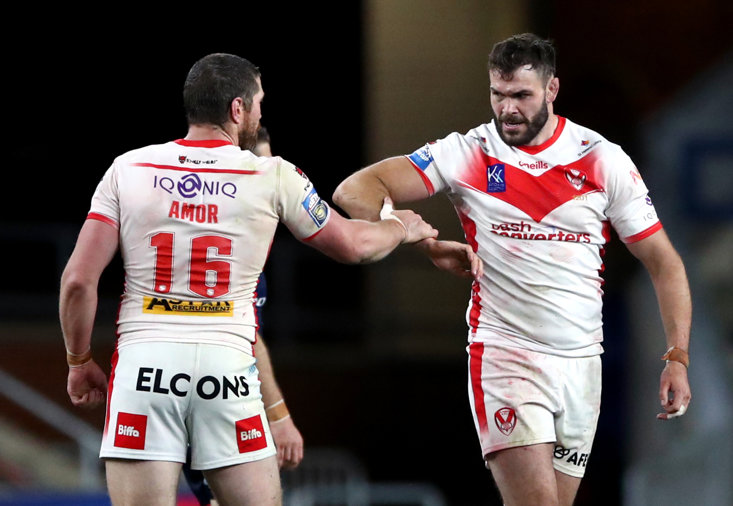 “Food and beverage is going to be quite limited, we usually sell plastic bottles and draught, but we can’t do that because there’s no plastic bottles in circulation, we’re we having to decant drinks from cans, so the bars aren’t really going to viable, and they won’t be able to go into the indoor bars.”

Whilst ticket sales alongside food and drink turnover provides crucial income, opening the stadium obviously has costs associated with it, even at restricted capacity, and Grattan was quick to pay tribute to the financial support of the Castleford fans during the pandemic.

“The season ticket holders have been superb with us, with the vast majority of those donating their money from last season, and we’re lucky with being a standing stadium, we’ve been able to open up a few more standing areas this week, and the money from that covers stewarding costs," he said.

The easing of restrictions means that the clubs are finally able to reward and thank supporters for this loyalty, and even with the number of people inside the stadium limited, Grattan is expecting a special atmosphere;

“Once you start getting three and a half thousand into our ground and they spread out, it will look reasonably full, the atmosphere will be good. It’s exciting, speaking to people who will attending their first game, they’re really excited, so I think the atmosphere will be equivalent to a crowd twice that size.”

It was always inevitable that the return of fans wouldn’t be perfect straight away. Supporters who have tickets will be subject to a matchday experience that will be familiar, but still notably different to what they are used to, whilst others will still be resigned to watching from the TV.

But whether you are in the terrace, or on the sofa, it’s hard to not feel a refreshing sense of optimism about Monday night as we take another small step back towards normality. We can do away with the artificial crown noise, and look forward to the added pantomime and drama that only a live crowd can supply.