In football, memories are often short. Exacerbated by the disposable nature of the social media age, a player is only ever one good performance away from being compared to Pele, and one bad display from being told to retire or give his wages to a soldier and/or nurse. Marcus Rashford has been a bigger victim of the undulating tides than most, considering how far above the parapet he is willing to stand. The 24-year-old has made tireless efforts to improve the lives of others, with a particularly successful campaign to try and help children living in poverty. This has unfortunately made him a target of a certain kind of moron who will implore him to “stick to football”, and treat every scuffed shot or missed pass as a ringing endorsement of their toxic mantra.

Rashford certainly does not need any amateur performance evaluations from the grottier side of Twitter at the moment. The young forward has scored two goals in his last two games, snapping a scoring drought in the process. The Wythenshawe lad’s poor run of form in recent weeks had become a stick to beat him with, and social media was a warzone after every United game.

The battle lines were drawn. On one side sat match-going fans and long-time supporters who value both the player and the man Rashford has become and, while frustrated with his displays, they would support him throughout. On the other side sat the more reactionary element, a section you’ll find at every club, who consume their team through their computer screen and derisively call anyone who doesn’t a “top red”. The sort of accounts that have needed fresh meat since getting their wish of #OleOut. This Red Devils civil war has been an unedifying background tableau to Rashford’s struggle back to form.

Rashford has had to become adept at shutting out the noise. He was subjected to vile and racist abuse after missing his penalty kick in the Euro 2020 final shootout. The forward was also targeted by some of the same political figures he had so effortlessly shown up by navigating the issue of child poverty more adeptly than they had. His recent upturn in fortunes is a testament to his focus. The Athletic reported a few weeks ago that Rashford was seeking the counsel of United legends for advice on handling a scoring drought. Interim manager Ralf Rangnick has also been publicly complimentary of his player’s efforts to reignite the spark. These efforts have been rewarded. 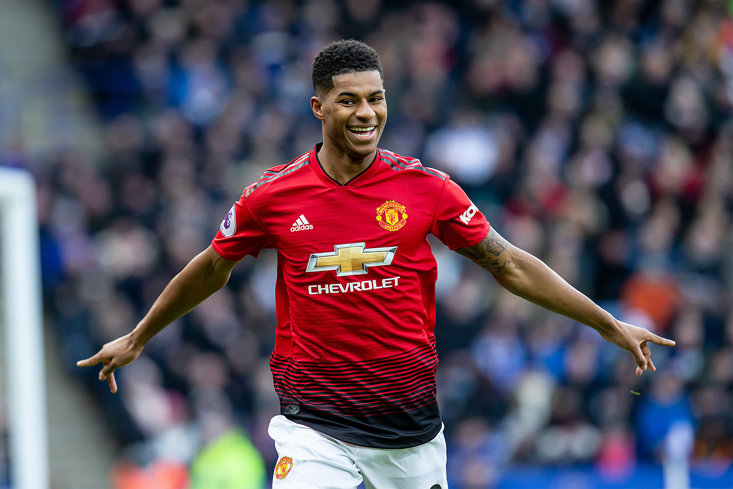 Rashford came off the bench away at Brentford to add a layer of comfort to the result, scoring his side’s third goal in an eventual 3-1 win. His next intervention was to be far more crucial. On Saturday, Rashford came off the bench to score a 93rd minute winner in United’s 1-0 victory over West Ham United. A crucial three points against a top four rival, it felt like a watershed moment. After a period of poor form and much-needed reflection, United’s hometown hero was back making vital contributions to his side.

The timing could not be more perfect. While results have been serviceable under Rangnick, United have often laboured even in victory. Having another goal threat during a crucial period of the season will be a huge asset at Old Trafford. The race to qualify for Europe looks set to go down to the wire, while United are also still competing in the Champions League and FA Cup. A confident and in-form Rashford gives Rangnick an important option for a run of games that will make or break his interim tenure.

It is important for all involved not to get carried away over two games. Rashford will need to continue the same hard work that has lifted him from his slump. But after weeks of criticism, the fact he has emerged scoring vital goals is worthy of credit. It speaks to a determination and an unbreakable will that the nation saw a lot of during the pandemic, when Rashford’s story of heroism was one of the few positives to cling to. Stick to football? Why should he? Marcus Rashford is doing just fine on the pitch and off.