“The people who know me well know I’m not the person others portray me as so I don’t really care.”

Joey Leilua is one of the most explosive talents outside of Super League. But instead of preparing for Saturday’s 1895 Cup Final with Featherstone, the 30-year-old could have been splitting his time between boxing ring and office job.

Shunned by Australia’s NRL after falling out with top coach Michael Maguire at Wests Tigers, the controversial centre tells me he felt blacklisted and unwanted by any other big club.

Content that he remained one of the world’s best in his position, Leilua was happy to walk away from it all, work in an office, spend life with his family and pursue a career in boxing instead.

“The teams who said no to me, that was because of some stuff that was said back home by an ex coach of mine,” Leilua tells The Sportsman.

“He might have said something to the coaches over here, but for me the people who know me well know I’m not that person.

“I didn’t even know Featherstone were in the division below Super League when I signed, but I just thought let’s give it to these teams who said no to me.”

And Leilua is certainly doing that.

Used sparingly at first in the early-season mud baths to minimise injury risk as he rebuilt his fitness, the Samoa international is now showing the kind of form that yielded 225 NRL appearances for Sydney, Newcastle, Canberra and Wests Tigers.

And Super League clubs are now finally taking note, having shown no desire to take a chance on the player when he opted for Betfred Championship leaders Featherstone at the start of the season. Now there is interest.

“When I made the move I was read to stay at home, play normal division rugby, get paid and get a job as well. I had everything I wanted there. My missus said let’s go and travel Europe, and Featherstone gave me a shot. They and Leigh were the only teams looking to give me a shot to come here.

“If I’d stayed I’d have got a normal job like bank manager or accountant, I’d have been happy in an office job, but at the same time I wanted to come and explore and play good football and I’m loving it again now. My wife knows that if I’m enjoying my footy then everything just falls into place.

“I love it here, Featherstone is a beautiful place. The support we have is amazing, I just can’t believe how many people come out to watch us every week in the Championship.” 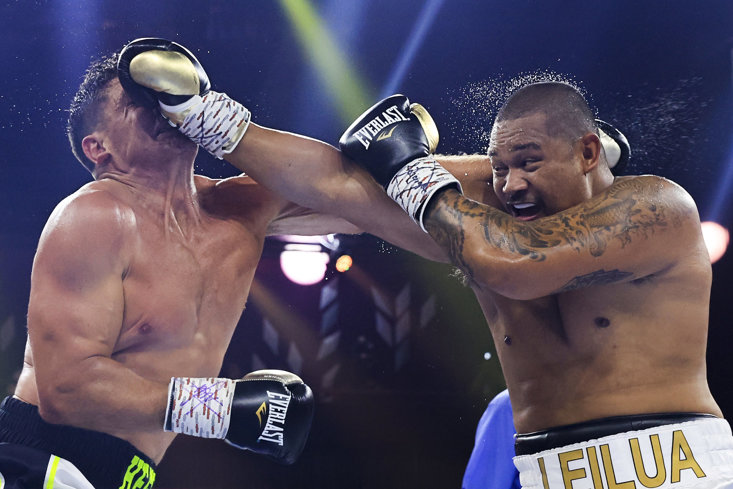 The ability to love life takes on extra importance for anyone who has managed mental demons, and Leilua battled depression after his ugly exit from Wests Tigers.

His form hadn’t been good, he was dropped to the reserves, was eventually released, and fired a parting shot at Maguire on social media, suggesting his coach looked to blame players rather than himself when things went wrong.

It was that moment, Leilua feels, that left clubs wary of signing him. Maguire is a hugely respected and well-connected coach who won the Grand Final, Challenge Cup and Coach of the Year during a two-year spell in the UK in 2010-11.

It was while struggling mentally, and without a club or direction, that Leilua stepped up his love of boxing, to keep the demons at bay, stay in shape and give himself purpose.

Promoters booked him for a four-round fight with another ex-NRL star, the former England international Chris Heighington last Christmas, a fight he won, but one he followed with another ill-advised outburst at the critics he felt were waiting for him to fail.

The 52-year-old is also a former boxer and Royal Marine, and a very imposing figure.

Leilua believes boxing may yet provide a future for both him and his new coach.

“I love my boxing and fight Brian in the gym at training. It’s enjoyment for me and gets me in a good place when I hit the pads.

“I want to get another boxing gig at the end of the year and fight back in Australia. I want to fight on the side here and there, and I know Brian does as well, he wants to box someone.

“I’ve watched him fight on YouTube so let’s get him a fight against some coaches in Australia. He’s a better fighter than me, he’s good for an old man, how old is he, 52, 62? He seems like he’s 87. But he can throw some punches for an old bloke. “ 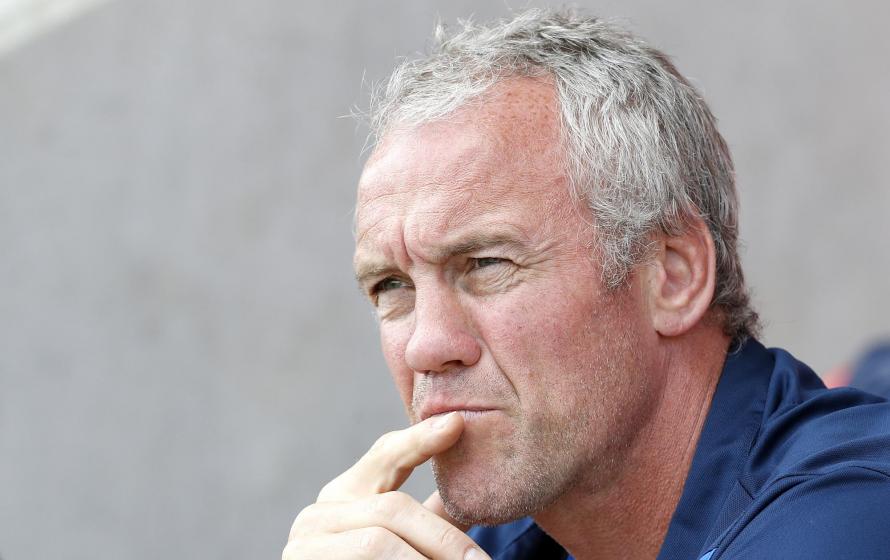 Leilua will taste his first big-match experience on Saturday when Featherstone face Leigh at the Tottenham Hotspur Stadium in the 1895 Cup Final, the first shot at silverware for the best two sides in the Betfred Championship.

The game provides the undercard to the Betfred Challenge Cup Final, with Wigan facing Huddersfield straight after.

Leilua believes Rovers and Leigh are streets ahead of the competition, indicating he has not yet hit top gear this season on the road to Super League.

“Playing in the Championship gives me a rest because not every team is good. I can’t wait to get promoted.

“This be an interesting game as we are probably going to play them in the Grand Final too. There is a big difference between us two teams in the comp and the rest.

“Leigh have class everywhere and we are just rough! It will come down to the fight, and who executes better.“

Many are tipping the AB Sundecks 1895 Cup Final to be as good, if not better than the Betfred Challenge Cup Final that follows it. And Leilua believes that the club’s travelling “Blue Wall” of fans could well give his side the edge.

“Our fans always turn up for us, seeing them come to watch us in Catalans was a surprise to me so I hope they travel to London too. That gives me the perspective of how much love our people have for the team. We have to repay them and that’s why the ultimate goal is Super League, as well as winning this Cup.”