They didn’t used to make centre-backs like Rio Ferdinand. As likely to manoeuvre his 6’2 frame to go past you than to stop you, Ferdinand was a footballer first and a defender second. The West Ham, Leeds, Manchester United and England superstar changed the way the centre-back position was played in this country. In his wake, the likes of John Stones, Ben Godfrey and Fikayo Tomori have emerged as modern acolytes of this stylish take on defensive play. But Rio remains the trailblazer, which is why we named him in The Sportsman’s greatest Premier League XI.

When Rio first emerged from the West Ham United youth team, his diverse array of abilities was so unconventional, manager Harry Redknapp often deployed him in midfield. The veteran boss was impressed with Ferdinand’s touch, control and pace. As with when Gareth Bale moved on from Redknapp’s management to go from left-back to the wing, Ferdinand would eventually find himself in the defensive berth. His performances there earned him a British-record £18 million move to Leeds United, which was also a world record at the time for a defender.

The Camberwell-born player spent two seasons at Elland Road, during the high-watermark of their modern history. In his first season, he helped take the team to the semi-final of the Champions League. In front of the eyes of the world, he began to garner plaudits for a style seen as unusual for an English defender. European sides had been fielding ball-playing defenders for decades already, and Ferdinand impressed amongst this company. His high-point came in the quarter-final, when he scored a header against Deportivo La Coruna. 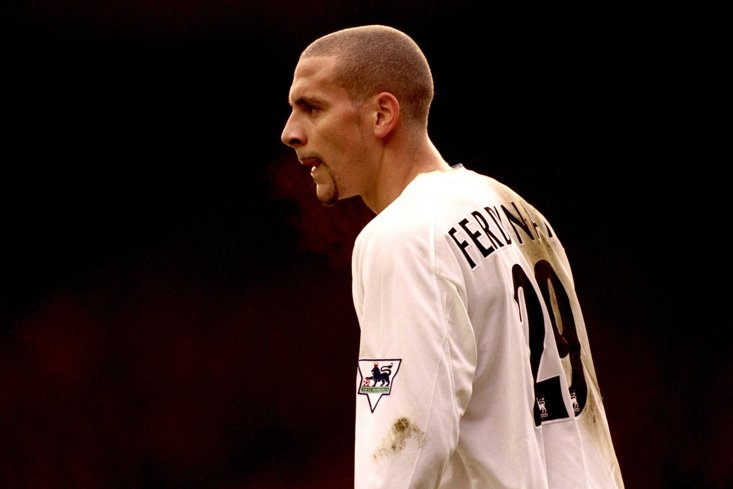 Ferdinand was made captain for the following season, helping his team to a fifth-placed Premier League finish. This offered a first look at the leadership qualities Rio would display throughout his career, but it would come during his final season in the white of Leeds United. Due to the financial problems that would eventually consume the club, Ferdinand was sold to Manchester United in the summer. £30 million represented another British record fee, as Sir Alex Ferguson looked to rebuild a side that had finished third in the previous campaign.

To say the massive outlay paid off would be an understatement. Rio Ferdinand spent twelve seasons at Old Trafford, becoming arguably the defining centre-back of the second-half of Ferguson’s 26-year managerial reign. His impact was immediate, as United returned to their Premier League throne. In that first campaign, he was the most consistent centre-back choice, usually partnered by Wes Brown but with Laurent Blanc, John O’Shea and Mikael Silvestre also spending time in the role.

United would fail to win the Premier League for the next three seasons, and Ferdinand would play with a rotating cast of defensive partners. In 2006, he would be joined by a colleague with whom he would form a career-defining duo. Nemanja Vidic arrived from Spartak Moscow, and after a slow start, proved to be the perfectly sharpened-steel to accompany the cultured silk of Ferdinand.

United finally had the perfect balance at the heart of their defence, the most natural partnership Ferguson’s side had fielded since Gary Pallister and Steve Bruce. Vidic was the ball-winner supreme, a tireless physical presence who would hunt for the ball in and around the box. When the ball was won, Ferdinand could launch attacks from deep, or use his elegant close control to take the ball into midfield and dictate play. With both players also providing aerial dominance at both ends of the pitch, the Red Devils boasted the most complete defensive partnership of the day. 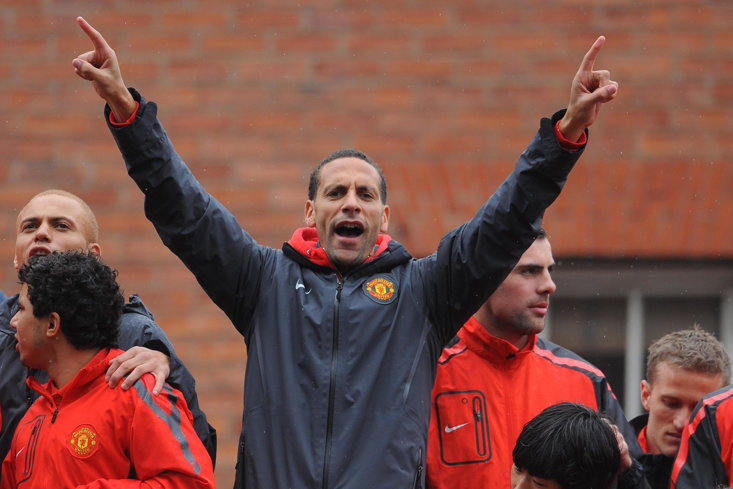 The trophies inevitably followed. Ferdinand lifted his second Premier League title trophy in the 2006/07 season, and had doubled his total by the end of the 2008/09 campaign. This period also brought the 2008 Champions League, a Club World Cup and a brace of League Cups. The addition of Nemanja Vidic had been a crucial piece of the puzzle, and Ferdinand raised his own stylish game to dovetail with the Serbian.

Ferdinand would win another two league championships under Ferguson, and stayed on as a senior voice in the dressing room during his successor’s sole campaign in charge. Injuries limited the once-totemic defender to just 14 appearances in his final Old Trafford campaign. In the summer of 2014 he moved to newly-promoted Queens Park Rangers for what would prove to be his final season. In truth, his years at the sharp end of the sport had caught up with him, and he could no longer burst out of the back four with his former pace. He was limited to just 11 appearances for QPR, and retired at the end of the season.