Victory over a Combined Nations All Stars side less than four months before a home World Cup did bring with it several positives. Not least England actually managing to see enough players released by Super League clubs to get an international game on.

But Australia and New Zealand won’t have been particularly frightened by what they saw, if indeed they watched the game. And even head coach Shaun Wane admitted he needs “certain things fixing that are unacceptable” with only one match to go before the opening game of the tournament in October.

The positives. It was fantastic to see England back together as a unit, with the women, men and wheelchair teams all enjoying morale-boosting weekend wins.

With the wise old head of Sam Tomkins in the side you have a trust in what the team could achieve that simply wouldn’t be there in his absence.

John Bateman and George Williams, two big-name players yet to fully sparkle in the Betfred Super League this season, looked reborn - Williams especially, having endured a wretched season to date for the out-of-sorts Warrington Wolves.

And the All Stars were a decent side, boasting some real calibre across the squad. Indeed this was a team that beat England last summer, and this time they were second best.

But Shaun Wane told The Sportsman last week that he was selecting players and a squad that he could picture competing in a World Cup Final. The harsh reality therefore is that this was nowhere near. 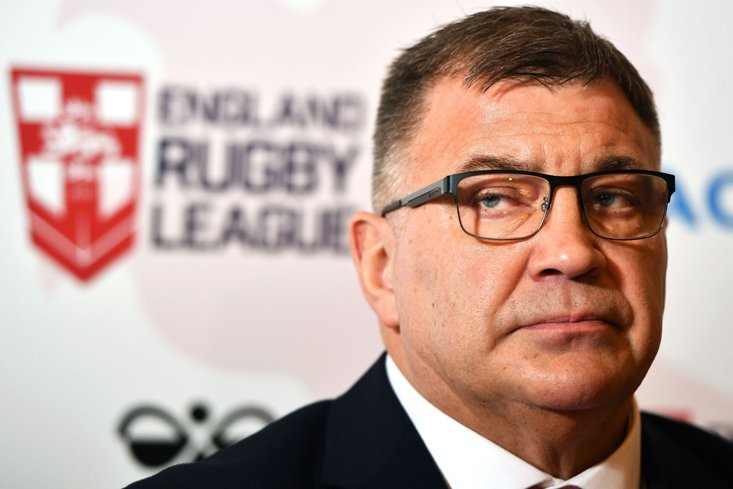 All Stars assistant coach Andrew Henderson told me last week that this England side lacks a talisman, a James Graham or Sam Burgess who would go over the top for his side against the Aussies and see the rest of the team follow. Even when this squad is boosted by its English-based NRL players, you sense he has a point.

Trust. This is a big word and says a lot about England’s head coach. Despite indicating some players - like Zak Hardaker who Wane’s Wigan released this season - were excluded on form, the truth is that Wane has players that he trusts so much that he is actually able to turn a blind eye to their club form.

Williams is a good example. A fall guy at Warrington, seemingly struggling to find form and learn the plays brought in by new boss Daryl Powell. Wane picked him regardless. Wane rates Williams highly from the half-back’s Wigan days and is bold enough to ignore form dips to trust instead in proven class that he knows doesn’t disappear during a dodgy few months.

Likewise hooker Michael McIlorum who hadn’t played for England in nine years, opting instead for Ireland. Another player who Wane trusted during his time as Wigan head coach, is now back in the trenches for him and appears certain for a World Cup spot.

As for the concept itself, I’m not sure it can last. It works well in theory, bringing together a Super League squad of diverse and proud heritage who already go toe to toe with England’s finest on a weekly basis. But in reality, it is all so last-minute and chaotic that it doesn’t fully feel worthwhile of its original purpose.

Most available players highlight the break in league fixtures as a chance for a week off to recharge for the second half of the season. As such it is a nightmare for the coaching staff to pull a team together. And as Hull KR hooker Matt Parcell found out, those players who do make themselves available, can still end up being left out should players omitted from the England squad then move over to play for the All Stars instead, as was the case in hookers Daryl Clarke and Kruise Leeming.

This week sees action return in all divisions and the renewal of an old rivalry looks the pick of the week. Defending Betfred Super League champions St Helens host a Leeds Rhinos side rebuilding under new coach Rohan Smith in a Thursday night double header preceded by Saints women against the Rhinos.

Smith’s is a Leeds side currently way off mighty Saints, but one that enjoyed remarkable Grand Final success over their rivals in the late noughties. Memories of losing five successive Grand Finals are thankfully distant for this stylish current Saints crop, who will instead sense Thursday night’s televised game as the perfect chance to lay down another strong marker for the second half of the season.