Rugby League
News
Catalans boss Steve McNamara used his side’s 13-12 win over Huddersfield to blast back at the Giants for a perceived injustice
George Riley
17:05, 25 Jul 2022

When Steve McNamara gets animated, you know he’s angry. The mild-mannered Catalans Dragons boss used his side’s dramatic 13-12 win over top-four rivals Huddersfield to blast back at the Giants for a perceived injustice.

Bickering within rugby league is disappointingly commonplace, but this is usually confined to the public sewers of Twitter or as tribal jousting between rival fans. For coaches, or a club’s hierarchy to have a pop at another club is less usual, and McNamara is one of the less volatile of rugby league’s leading figures.

His ire was a reaction to alleged comments made by Huddersfield managing director Richard Thewlis in discussions with IMG, the management company brought in to “reinvent” rugby league.

“There is talk this week of Huddersfield saying French teams give nothing to the game and should not be in the Super League competition, which is an absolute disgrace,” McNamara said. He went on to describe it as a “terrible attitude” adding “what the Catalans have brought to this competition in 17 seasons is on a par with what some of those clubs have brought in 100 years.”

“People talk about the game being together but it’s bulls***,” McNamara says. “It’s about every man for himself”.

Thewlis in response defended his club, questioning how McNamara would know what was said in that meeting. “I would suggest it is better these discussions remain private” he added.

An unsavoury exchange yes, but you cannot take issue with McNamara defending his club against a perceived attack. What was said in those meetings is not something the media, nor McNamara was directly party to, as Thewlis rightly points out.

But two points can be discussed. The lack of unity in the sport to which McNamara refers, and the value of the French sides that prompted the furore in the first place. 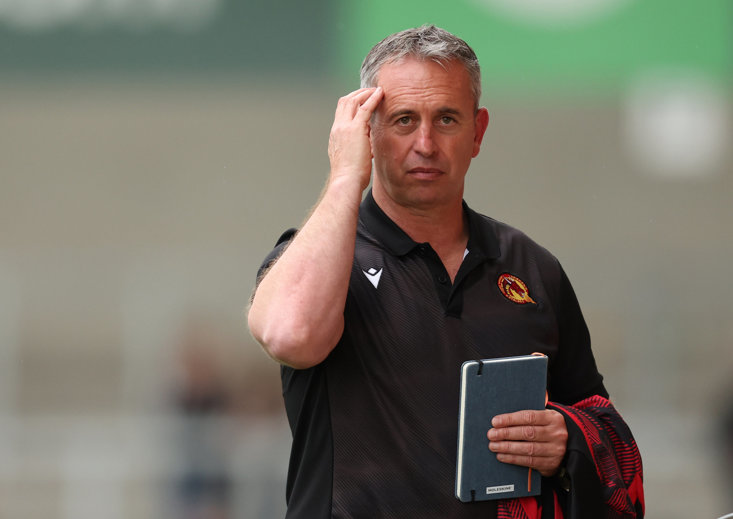 On the first point there can be little debate. The rugby league family is renowned and formidable, a wonderful unified presence by which the sport comes together to help its own at times of adversity, But day-to-day, clubs too often look after their own interests to the detriment of the sport. This is what led to the ludicrous situation whereby Super League split from the game’s governing body, with clubs running the competition themselves in a vote of no-confidence in The Rugby Football League. This costly error is being rectified – at even more cost – and is what has now led to the involvement of IMG as a neutral third party. Every rugby league club is fighting to survive, so it is perhaps no surprise that some are keen to throw others under the bus in the process.

So to the question of the value of the French clubs – presumably a notion raised by those clubs most keen to safeguard their own presence in the sport’s top tier.

“It is absolutely vital for the future of the entire sport that we nurture and encourage the French game,” Leeds chief executive Gary Hetherington said this week.

The next World Cup will be in France, where there is a proven passion for the sport.

Catalans have been the best, and only real example of expansion working. The Dragons are now consistently one of the strongest sides in the Betfred Super League, have won the Challenge Cup, and graced the Grand Final. They are here to stay and should be applauded for what they have brought to the British game. And Toulouse, in their first ever season in the top flight, are close to pulling off a stunning escape to preserve their own Super League status. 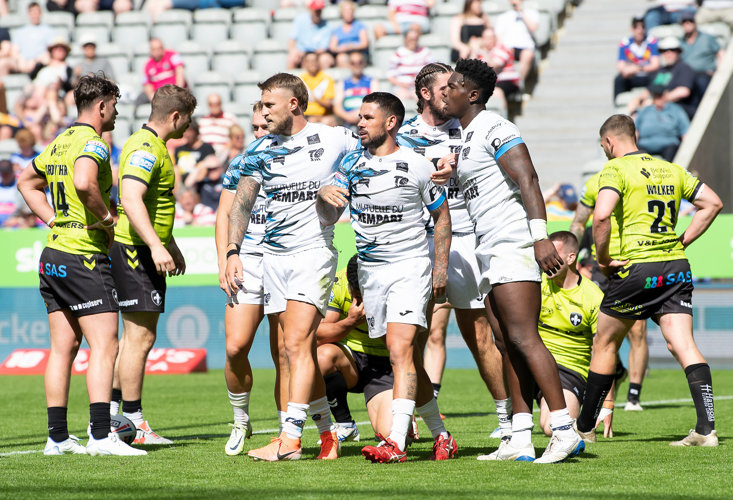 No club is owed nor guaranteed their place in Super League and it seems that amidst anxiety over future restructuring, some early mud is being thrown. This is the very last thing the game needs.

Catalans’ win over Huddersfield came via a Sam Tomkins drop goal. Champions St Helens edged past Wakefield in similar fashion, albeit their winning kick from Jack Welsby came in golden-point extra time to cruelly deny relegation-threatened Trinity a famous and vital win that most would agree their performance deserved.

Wakefield boss Willie Poching afterwards said he hated the Golden Point rule. “There was hardly any football played, it was a kickathon. For the effort, the draw should be enough but I understand people like car crash TV.”

Yet, as The Sportsman discussed earlier this month, Trinity have also benefited from the change. Games should be won and lost, and the drama is indeed great entertainment, which is a big thing that sport is there for. This one didn’t go Wakefield’s way but that is no reason to throw the rulebook out of the window again.

What that result did was keep Toulouse safe for now, despite their home defeat by in-form Toulouse. Red Devils boss Paul Rowley told us last week that if his side could sneak into the playoff picture then they could prove very dangerous, and Salford are now in that top six. Hull KR and Hull FC are level on points however, making for a thrilling top-six race, with champions St Helens heading to Salford on Sunday. Hull FC should be most worried about their recent nosedive under Brett Hodgson, while Rovers produced a stunning rally to beat struggling Warrington as boss Danny McGuire sets about producing the kind of strong finish to the season that saw him a Grand Final regular at Leeds.