England coach Shaun Wane suddenly has a host of in-form wingers hammering on his door in World Cup year. The most recent name to leap back up and yell at Wane in this pivotal season for the sport, has been Wakefield’s Tom Johnstone.

The 26-year-old was a notable omission from the initial training squad last month but produced a scintillating display as Trinity beat Salford at the weekend. Johnstone scored twice and set up two more for Jacob Miller and Reece Lyne, all before half-time, to remind everyone of his own strong claims for an international recall.

“A fit Tom Johnstone is as good a winger in the competition as anyone,” fellow England hopeful Lyne told me this week.

And therein lies the issue. Can Johnstone, a devastating 6’1” wide runner, stay fit for long enough to mount a meaningful claim? Lyne hopes so, but Wane remains unconvinced.

Indeed the England coach instead recalled another in-form winger in Hull KR veteran Ryan Hall, who helped himself to another couple of tries in Rovers’ win over out-of-sorts Warrington.

Add in Salford’s Joe Burgess whose own claims have been vocally pushed in the past fortnight by Red Devils coach Paul Rowley, and Josh Charnley who is rediscovering his way to the line regularly again, and England have a host of wide men finding their very best form. 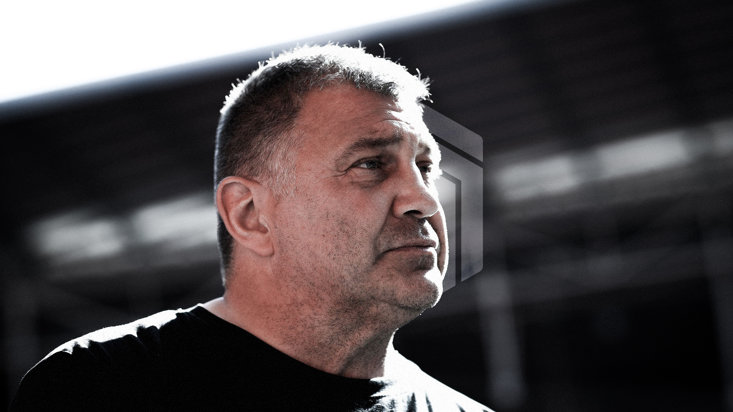 So to have any chance, Johnstone has to stay fit. A difficult 2021 brought with it knee surgery and three concussions in the space of six months. He also suffered devastating ACL injuries in both 2017 and 2019.

Lyne though believes Johnstone’s form is guaranteed to follow, provided his fitness can be maintained.

“He’s got all the attributes to be a world-class winger and his leadership qualities are developing too which is great to see,” Lyne told The Sportsman.

“When he’s played he’s been tremendous. So if he can get a bit of luck and keep injury-free I’m pretty certain he will be knocking on the door for a World Cup spot at the end of the season.”

Incidentally I bumped into Wane in a Manchester coffee shop last week as he grabbed a quick bite to eat before an appointment at a nearby eye hospital. I’m confident his vision for England over the next few months of this huge World Cup year remains crystal clear.

Elsewhere this week Huddersfield racked up another notable victory to maintain their presence as Super League’s dark horses.

Ian Watson has quietly gone about building a resolute squad of players and their most recent win against much-fancied Catalans Dragons will have raised a few eyebrows, especially given the lengthy absence of banned Will Pryce. Granted Catalans had a weather-induced travel nightmare just to get to the delayed kick off, relocating at haste from Perpignan to Toulouse for the outward flight, but take nothing away from the Giants who have been hugely impressive in their climb to third in the table.

It was fantastic to see Rob Burrow and his family at Windsor Castle this week as Rob received his MBE for services to rugby league and the motor neurone disease community.

Rob is a wonderful human being and a treasured friend. He is continually and genuinely humbled by the attention he has received since the most devastating diagnosis and will not feel worthy of the honour bestowed upon him. In truth it is hard to think of anyone more worthy of the support and recognition he has received. A remarkably selfless and caring guy who has managed to maintain his relentlessly positive mindset and ridiculous sense of humour through the darkest of days.

On that note it was brilliant to see rugby league represented in Sunday’s Manchester Marathon in Rob’s name. Leeds legend Kevin Sinfield again led the way, adding another marathon to his expanding endurance repertoire for his old Rhinos team-mate with a stunning run of 3 hours 18. Watch this space by the way for a big announcement on this theme next week.

Rob’s brother-in-law Mark Newton also laced up for the cause with an impressive 3 hours 48, yours truly dipped for the line in 3:59 and despite some lengthy hours in the Rugby League World Cup office, tournament chief executive Jon Dutton quietly underlined the strength of his resolve by striding round in 4:40 to achieve his first major milestone of this huge year for rugby league.