Rugby League
News
The fight for promotion is producing one of the most extraordinary heavyweight battles the Betfred Championship has ever seen
George Riley
19:05, 03 May 2022

The fight for promotion to Super League is already producing one of the most extraordinary heavyweight battles the Betfred Championship has ever seen.

As top-flight clubs safely negotiated another weekend of fixtures this May Bank Holiday, the blows were raining in below them as Featherstone and Leigh continued to go toe-to-toe on and off the pitch.

Just ten games in and these two ambitious clubs are serving up a thrilling title battle of big spending, bit hitting and big scoring. It is one that already appears destined to end with an 80-minute do-or-die Grand Final dual, yielding a Super League place to one and major potential financial ramifications to the other.

Unbeaten Featherstone have dropped one single point at the top, drawing away at Batley. Leigh, a point further back, have come undone only at Featherstone. And both play 1895 Cup semi-finals this weekend, so the wise money would be on these two contesting that silverware too.

Leigh slipped out of the top flight last season and want their place back. Flamboyant  owner Derek Beaumont is a vocal and public speaker of his truth and ensures a ride for Centurions fans that is never dull.

Last week he responded to Featherstone’s recent acquisition of Johnathon Ford and Mark Kheirallah from Toulouse, with the capture of Fiji international prop Ben Nakubuwai and superstar NRL winger Blake Ferguson. Beaumont also states he was offered both Ford and Kheirallah but wasn’t interested, so they went to their rivals instead. 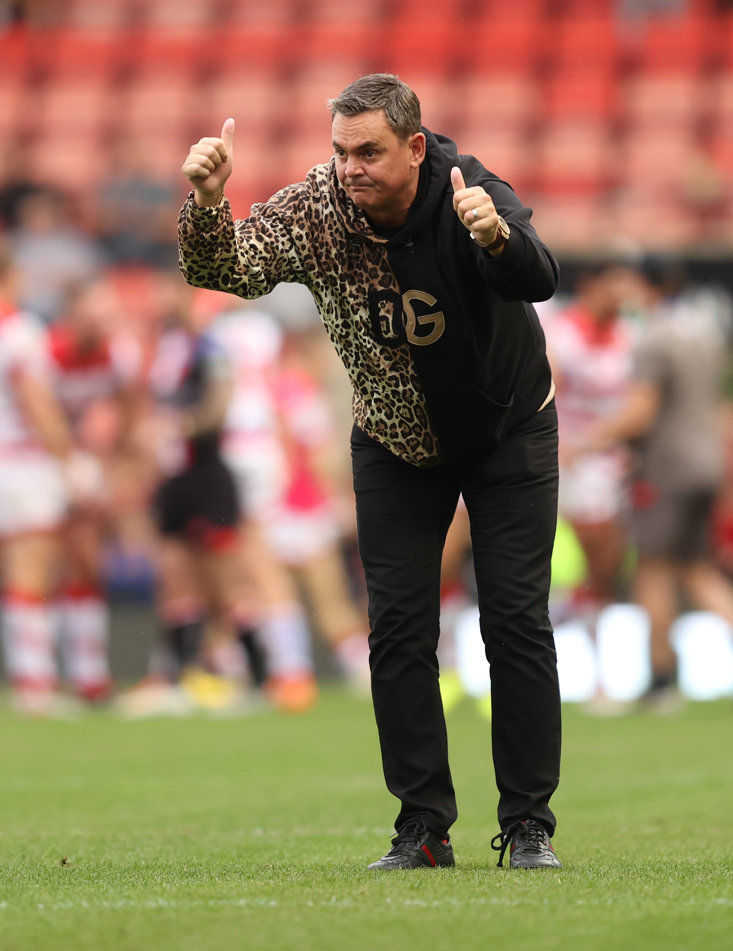 As for Rovers, having never experienced Super League and been eclipsed like everyone else by terrific Toulouse last year, the whole club feels that this is now their time. In Brian McDermott they have Super League’s most successful ever coach, and backed by chairman Mark Campbell and Chief Executive Martin Vickers the club has assembled one of the most talented squads I have ever seen outside of Super League.

Failure to go up this year just feels unthinkable, not just because of the enormous financial outlay, but for a passionate local support base so hungry to finally dine at rugby league’s top table.

A famous old town steeped in industry and sport, Featherstone was somewhere you mined coal and played rugby league. Their 1967 Challenge Cup-winning squad would get up at 5am, go to work down the mine and go to play rugby in the evening. At the weekend they would play for an £8 win bonus and be allowed expenses of 5p per week to get the bus to the ground if it was too far to walk. It is this history that is driving their promotion push and one that is instilled into its glittering array of big-name signings.

“Before I even signed I looked into Featherstone’s history and what makes it so unique, why is this area so proud? “ forward Jesse Sene-Lefao tells me, himself a big-name arrival from Super League neighbours Castleford Tigers.

“The people are so proud and they don’t like to change things. If you’re Fev then you’re Fev until the day that you die. They are named in the Domesday Book because they stood their ground. There was a man that died for Featherstone during that time.

“In the crowd there’s a lot of old school guys and I’ve asked them why they come to every game. And it’s a generational thing, because their dad used to come. He used to work in the mines, come out of the mines and come straight here. They kick off at 3pm because the mines finished at 2:30pm so they could walk here and watch the rugby or play.

“To this day you see that. Guys will work all day digging holes and then get out on the field and compete with us to make people proud. You cannot buy this community, and why wouldn’t I want to be a part of that?”. 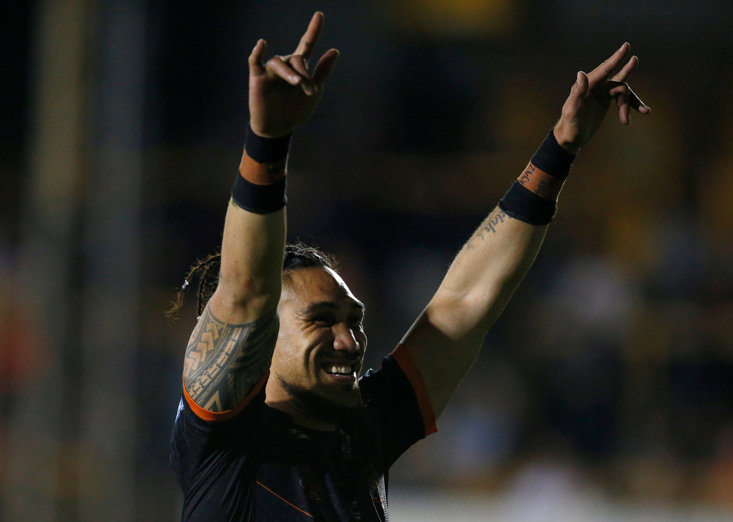 The clash of head coaches is another fascinating backdrop to this colossal tussle for supremacy.

In Adrian Lam, Leigh are led by a diminutive head coach who led by example as a player. A scrum half of rich pedigree with Sydney and Wigan, and Super League Coach of the Year with the Warriors in 2020.

Rovers are led by the imposing figure of McDermott who wrote his name into coaching folklore at Leeds with his ability to mastermind a Grand Final win. Or four.

He is assisted by player-coach Adam Cuthbertson, a Grand Final-winner under McDermott at Leeds who delayed retirement to sign up for Project Super League at Post Office Road.

“I had the pleasure of Brian for four years at Leeds,” Cuthbertson tells me, speaking against the backdrop of the heavy metal clink of weights at the club’s stadium gym.

“I was at a crossroads and not sure whether to hang the boots up or choose a different career path. Brian gave me a call not long after he took the job and gave me a brilliant chance to learn under the best coach that has ever coached the game over here in Super League and finish my career in the best way possible.

“He’s a professional who understands that it’s more than gameplans. It’s a structure, philosophy and mindset. You can be the most skilful team in the world but if you can’t handle the pressure of a final then what’s the point?”

You feel that is what it will come down to. And Featherstone and Leigh will this week bid to set up their first final of the season when Rovers face Barrow and Leigh host Sheffield in the semi-finals of the 1895 Cup. That showpiece event takes place alongside the Betfred Challenge Cup Final at the Tottenham Hotspur Stadium at the end of May.

Speaking of Cup Finals, how great to see the passion of Lee Briers as Wigan beat his former club Warrington.

Briers last week told The Sportsman of his pain at leaving Warrington in a move that has since seen the legend reborn with the Warriors. To see the assistant coach banging the team drum with relish in the away dressing room at his former home told you everything about a difficult phase in his life and career that is now reaping new rewards.