“At Toronto one of the lads needed an operation and Rowls paid it out of his own pocket”.

I’m talking to Salford and Scotland international full-back Ryan Brierley about player welfare, and the lengths his own club coach Paul Rowley will go to look after his players.

It’s an especially well-timed chat given it is Easter. And every season at Easter we debate why and how we ask our Super League players to put their bodies on the line twice over the Bank Holiday weekend.

For a sport now priding itself on player safety in the wake of a high-profile legal case being brought by former players, it seems inconceivable that we are still expecting teams to play double weekends of this brutal, unforgiving sport for our own entertainment.

“Between the games this Easter weekend Rowley didn’t want to see us,” Brierley tells The Sportsman. “He just told us to sit at home in an ice bath and get ready for the next one.”

Salford played at Warrington on Thursday night, and then the sport’s most physical side Catalans at home on Easter Monday. Other sides were less fortunate, playing Good Friday and Monday. It is an arrangement Super League clubs like as a revenue booster, fans enjoy as there’s loads of rugby to watch on their long weekends off, coaches by and large hate as it destroys their squads, and players seem to be divided on given their position and age.

Salford head coach Rowley is one of the most vocal opponents.

“You talk about welfare but that’s not welfare, that’s not looking after players,” he says.

“We have got a World Cup at the end of the year and we are putting players at risk. We want to win a World Cup but we are adamant on shooting ourselves in the foot by doing silly things like this.

“It was alright in the 90s but the game is different now. When you see athletes like this and the size that they are and the leg speed they have, we all know it is a car crash every other minute and you can’t do it, you just can’t put them through that.

“I think whoever makes the decision to do this should walk a mile in the players shoes and they’d change their mind.”

Rowley’s stance is no surprise, Brierley says. A coach that has always - and Brierley has played for him at Salford, Leigh and Toronto - put the welfare of his players before anything.

“Rowley is on the top end of the scale as regards players welfare,” Brierley adds.

“He always cares so much about his players. I remember one of our players Tim Lafai had some damp in his house so Rowley drove to his house and got him out straight away. Then again at Toronto paying for that operation”.

From my own experience of talking to players over the last 20 years or so of working in this sport, opinions are slightly more split. Those who put their bodies on the line the most - the forwards in the big-contact positions, need and want that full week of recovery. They are basically sprinting into a brick wall, sprinting back ten metres, and doing it again. For 80 minutes flat out. Then being asked to do it again after a couple of days rest.

The ball-playing, free-running players, like full-back Brierley, are more keen to get back out there. 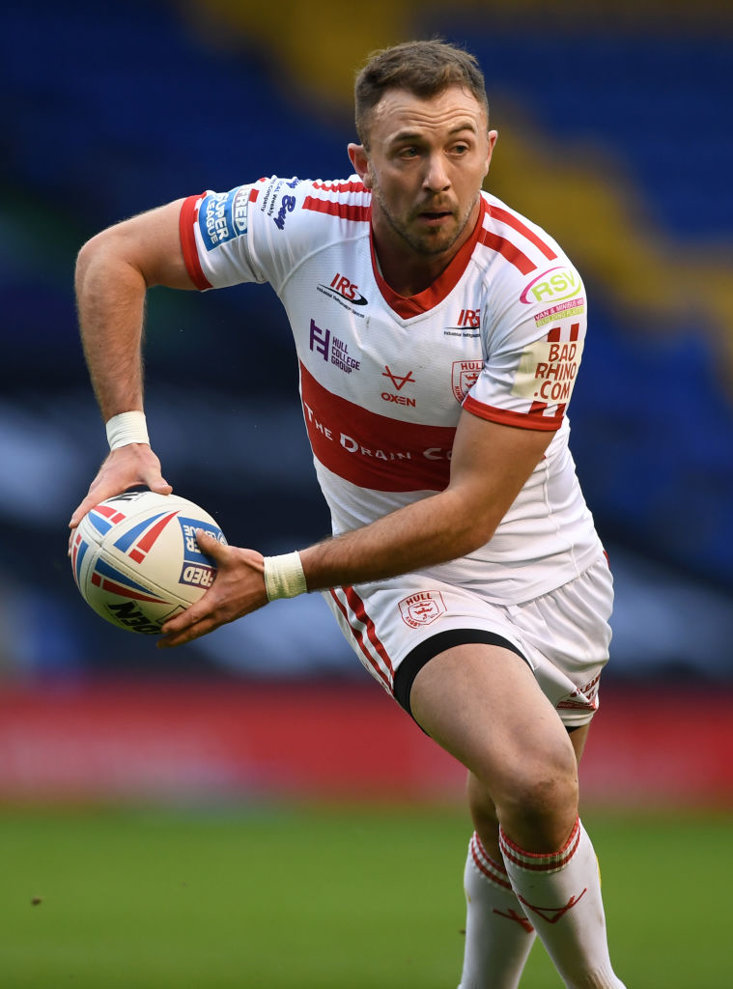 “I love it, but I’m probably a bit different because I don’t make any tackles,” he says.

“But I’ve always loved it at Easter because I prefer to play than train. I get bored with training but it’s different for the bigger boys who put their bodies through some hammer. I was talking to (scrum-half) Mark Sneyd the other day and he’s the same, he loves it as neither of us make any tackles.”

That said, Brierley admits the bigger picture is not in keeping with his own thinking.

Indeed The Rugby League Players’ Association has already been talking to the Rugby Football League to bring an end to this excessive demand on its players. Unfortunately it is the Super League clubs who hold the power here, and they are likely to prove a tougher nut to crack, whether the RFL backs the players or not.

“I get it 100 %” says Brierley. “I may like it but I don’t really understand why we have to do it. If it’s that critical to get that game in then us players will just start the season a week earlier, no problem.

“I remember last year at Leigh we had St Helens on the Friday then Catalans away on the Monday, so flew to Catalans and had to get there about six hours early and just sat in a gym in the stadium, just trying to sleep to get some energy for the game. Professional athletes sleeping on a gym floor before a Super League game?

“I just don’t think professional athletes should be treated like that, it was a bit of a mess to be honest. In terms of player welfare nobody can justify that sort of thing.

A divided governance between RFL and Super League clubs has done little to help players’ voices be heard over the past couple of years and it remains to be seen whether the planned realignment will make much difference.

But one thing is for sure, as rugby league focuses more than ever on player safety with hefty bans for any mistimed contact, the brutality of the Easter spectacle increasingly feels like an unnecessary anomaly.