Tony Smith revitalises teams and wins clubs silverware. He did it at Leeds, again at Warrington and picked up Hull KR and turned them into contenders.

His sacking by Rovers this week represents a sad but inevitable end, with the club treading water and slowly submerging since that shock announcement in April that he would walk away at the end of the season.

So often in sport that creates a limbo period with all eyes, subconsciously or not, starting to flicker diverted gazes to the following season, losing focus on the processes of the present. We saw this with Marcelo Bielsa and Leeds, such was the great man’s unwillingness to announce his career plans that coincided with an immediate and startling decline in performance and results.

Smith is one of the finest coaches to ever work his magic in Super League. His sides at Leeds and then Warrington were wonderful to watch and that love for attacking flair was immediately apparent too in his Rovers rebuild. KR were on to a really good thing until that April bombshell, but one win in eight since that crazy week tells its own story. Legendary status protects nobody when change is so evidently needed to refresh a dying season that had promised so much.

Hull KR
@hullkrofficial
The club have this morning stood Tony Smith down as Head Coach for the remainder of the season.
Danny McGuire will take charge of all first team matters until Willie Peters arrives in the Autumn.
Full Statement 👉 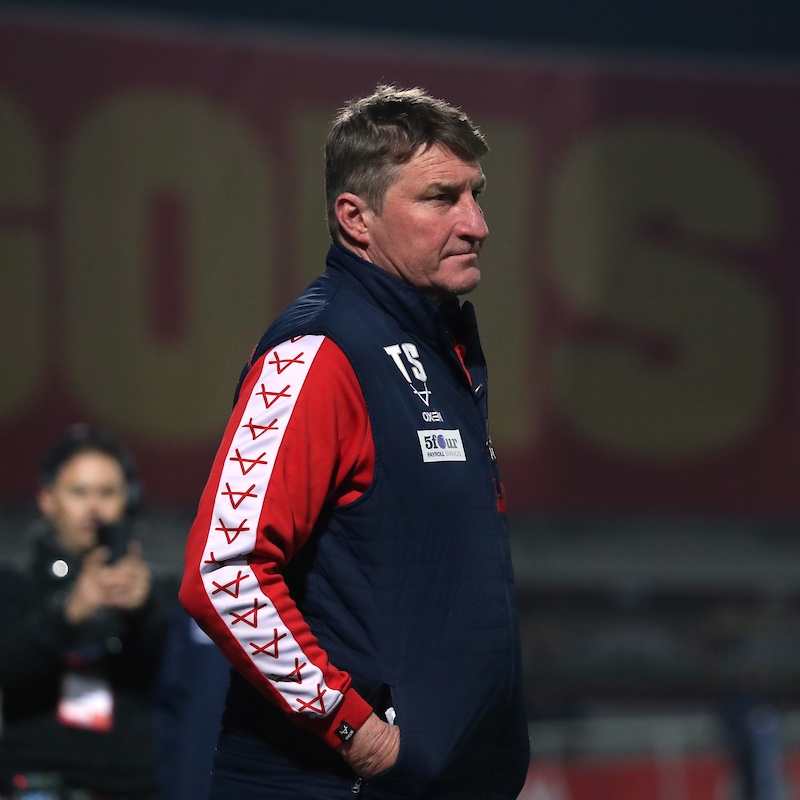 Smith has never been conventional about announcing career decisions, and the way he casually dropped in his departure plans to a mundane weekly press briefing a couple of months ago was hugely unexpected.

Yet he did a similar thing in bringing an end to his time as England coach in 2009. England had been heavily beaten by Australia in the Four Nations final on the Saturday. After the defeat I received a message from England advising that Tony wished to chat to me on the radio. We arranged for Smith to come on the show on Sunday morning and rather than pick apart the loss and reflect on the tournament, he just resigned live on air.

My one hope is that Smith is not lost to Super League. The 55-year old, a Grand Final winner with Leeds in 2004 and 2007 has a passion for the British game and a coaching wand that needs to be waved.

Revered at the Rhinos, and then wooed by Warrington whom he guided to a first Challenge Cup final win in 35 years in 2009, successfully defending their title the following year and adding another Wembley win two years later in 2012 - a year that also saw the Wolves make their first of three Super League Grand Final appearances over the next five seasons.

His Hull KR legacy will be a complete transformation from a rock-bottom finish in his first full season in 2020, that saw the side reach the playoffs a year later and make it to within one game of the Grand Final.

There may not be an immediate Betfred Super League coaching vacancy but you can rest assured that when the next one arises, Smith will lead the betting.

Interim charge goes to Smith’s prodigy Danny McGuire, who sparkled as a player under Smith at Leeds and then Rovers in the twilight of his career. McGuire’s first swipe at cutting his own coaching cloth comes with a bruising derby against bitter rivals and fellow strugglers Hull FC at this week’s Magic Weekend.

The final straw for Smith came with defeat in France against a Toulouse side intent of making a real fist of their relegation fight. I’m convinced they are a better team than Wakefield, who lie one place and four points above them. The question is whether they have enough games left to make up the deficit.

With the RFL this week confirming no unexpected changes this year to the league structure, Toulouse’s stay will end with relegation after just one year unless Sylvian Houles’ side can find an immediate purple patch. They play Wakefield at Magic Weekend on Saturday and will have to win at St James’ Park.

Last weekend proved a double celebration for the French with Catalans Dragons stunning champions St Helens to keep the top four really competitive. It is as good a top four as I can remember, with Betfred Challenge Cup winners Wigan and runners up Huddersfield both believing they can win the big one in three months time.

Speaking of France, the loss of St Helens winger Regan Grace to rugby union will be seen as an unwelcome and untimely blow to the sport. 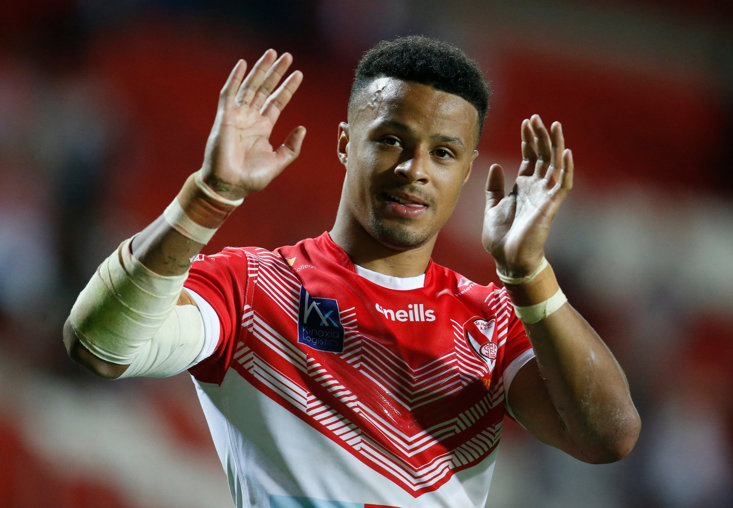 The Wales flyer will join Racing 92 next season after winning three Super League titles and a Challenge Cup with Saints.  No ardent league fan likes losing a top player to the rival code. But in truth, who can blame him?

League may thrive again in the coming years as global management company IMG vows to shake up the sport, but at the moment it is not.

From St Helens to Paris, rain to sunshine, a decent wage to a massive one, dwindling crowds to raucous rammed stadia, a minority bubble to a huge global platform.

It’s another harsh reality check of where league is at and the challenge ahead.