With a non-existent budget and injury-ravaged squad, unfashionable Salford are proving themselves one of the most dangerous sides in the Betfred Super League.

Their stunning 44-12 win over champions St Helens on Sunday was Saints’ heaviest defeat in six years but more tellingly underlined the terrific progress the Red Devils have quietly been making under head coach Paul Rowley.

“It was an amazing effort,” Rowley told The Sportsman after seeing his side climb back into the top six, above inconsistent Hull FC and resurgent Leeds, Salford’s next opponents.

“Without sounding casual about it, you do get rewarded for hard work in life and things like that aren’t just a fluke. It’s a culmination of hard work. It’s a well-rehearsed effort and they got their reward.

“This group learns and adapts. We are quite difficult to stop when we get on a roll and scored some fantastic tries.

“Saints are the benchmark. We speak about them, how do we drive our group towards that standard? So to come up with a win like this is memorable.”

Saints barely got a look-in against a Salford side who only had 16 players at training during the week, and were without a key part of their spine in full-back Ryan Brierley.

The damage was done by their left edge, with centre Tim Lafai producing one of the great individual displays in Super League history.

“You don’t get those performances too often, Tim was pretty special,” said Rowley. 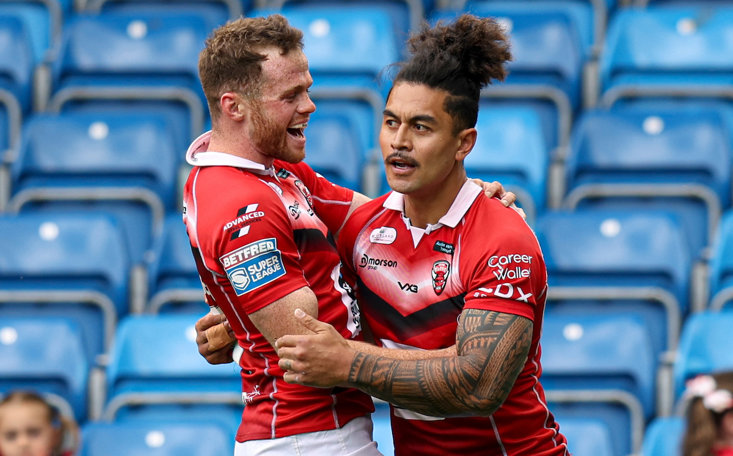 Winger Joe Burgess was one of the chief beneficiaries of Lafai’s brilliance with two tries, underlining his own claims to force his way into England’s World Cup squad.

“I’ve not enjoyed rugby this much in years and we are developing a really good combination,” Burgess told The Sportsman, labelling Lafai as the best centre he has ever played outside.

Rowley wants Burgess in that England squad. “We are classed as an unfashionable club and don’t get the headlines of others. But our team has attitude and appetite and Joe is an international player playing on our wing,” he said.

Results like this make people notice you. Salford have been quietly picking up results to put pressure on the playoff places. They have now won five out of their last six and three on the spin. At times against Saints they were unplayable, and the challenge is now not to let it dip over the final two months of the season.

“We prepare to beat everybody every time we play,” Rowley replied when asked by The Sportsman if there is any side they could not beat.

“Quite often coaches say that and it is just words with no substance but I like to think we are a team with substance. Our target now is to be in the six and we will believe we can beat whoever we play against. If you don’t approach games with that attitude then you will never really win anything.

“This game - like life - is about fulfilment, and our players should feel fulfilled that they are performing at a high level.”

Salford’s win probably takes performance of the weekend but Leeds will have run them pretty close on that score. The Rhinos fightback away at Catalans was barely believable, from 30-6 down and a man sent off to win in golden point extra time.

It further underlines the togetherness and belief that new boss Rohan Smith has forged during his short time in the job. 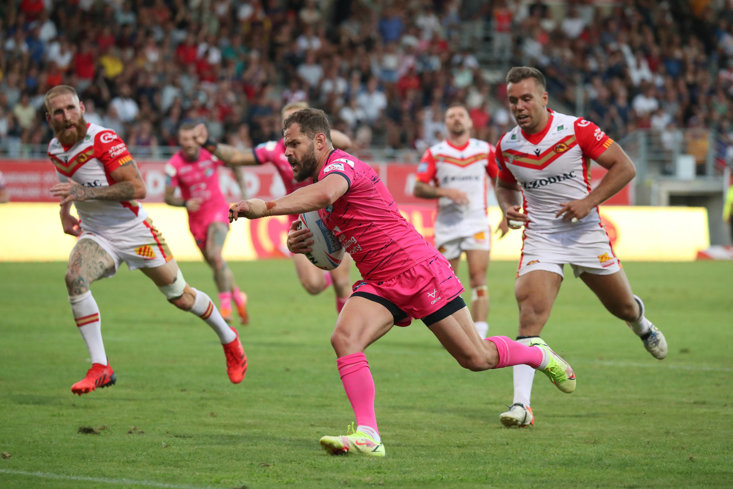 Salford’s visit to Headingley on Sunday looks absolutely huge in the fight for playoff spots.

When asked by The Sportsman how Wakefield’s players were feeling after slipping rock bottom of the table, assistant boss Francis Cummins replied “nervous”.

Trinity will feel a hell of a lot better this week after a thumping derby win over Castleford that plunged Toulouse back to the basement. The French side now have it all to do again after a home defeat by Hull FC. They now have three successive away games against Hull KR, Warrington and Wigan, knowing they will realistically need to win one, if not two of them. Olympique have the flare and belief to rescue themselves, but the games are running out.

And a word on Summer Bash, the festival weekend for the Betfred Championship as 14 sets of players and fans descended on Headingley.

Four matches on Saturday brought in a gate of 6752, culminating in leaders Leigh again putting closest challengers Featherstone to the sword. The final three games on Sunday attracted 4011, with the official gate given at 10,763 for the weekend.

The fans love it, with big queues of fancy dress outside all the popular pubs and bars of Otley Road, although many fans I spoke to inside the stadium say they prefer previous venue Blackpool for everything else that brings to the weekend. For the players there was the big-match feel with every match televised, and Headingley Stadium a step up from the calibre of ground they play on week to week.

The overall crowd was probably a little disappointing but not enough to suggest a lack of appetite for the concept. Indeed for Championship sides the hunger for this type of occasion felt sharper than what Magic Weekend represents for big Super League clubs less in need of that extra big logistical challenge in the diary.