The French side struck a huge psychological blow at the weekend by moving off the foot of the table with a stunning win over Leeds in the south of France, with Trinity slipping to a fourth straight defeat in becoming Danny McGuire’s first victims as head coach at Hull KR.

A Super League without Wakefield feels unthinkable, and they are only an inferior points difference away from safety with more than enough games to rescue this. But it is tough to see how Willie Poching’s side arrest this slump and hit back. Few will give them any hope when champions St Helens come to town on Sunday, while after back-to-back wins over Wakefield and Leeds, Toulouse have two home matches they will feel very confident of winning, against Salford and Hull FC.

Trinity boss Willie Poching doesn’t mind a fight, with the former Leeds forward promising fans his side will “roll our sleeves up and fight our way out of it”. But one coach can’t roll up 17 pairs of sleeves. Poching is a hugely likeable guy but his players must start fronting up for him as the threat to their Super League status is suddenly and unavoidably, very, very real.

Speaking of Hull FC, spare a thought for the Black and Whites who for the second time in Super League history have provided the opposition with a record-breaking scoring feat.

17 years ago Hull were floored by ‘The Volcano’ – as Bradford Bulls great Lesley Vainikolo helped himself to an historic six tries in one game. On Friday night Bevan French went one better with an astonishing individual performance. 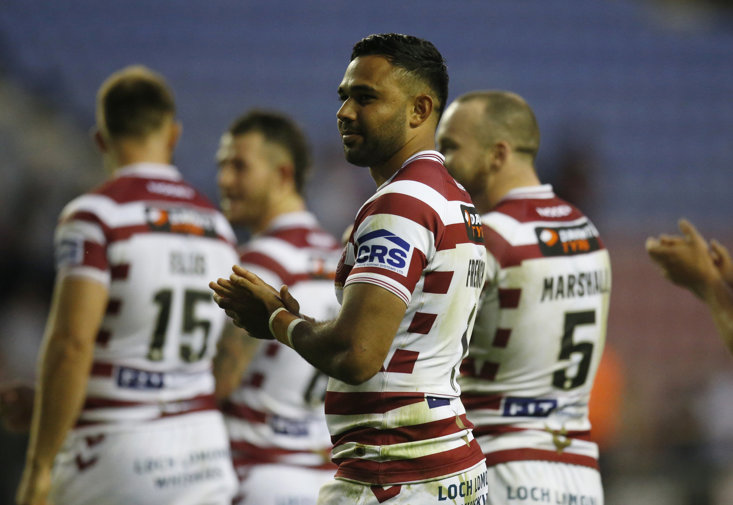 His seven-try haul for Wigan against Hull FC was the finest display of finishing in Super League history. A clinical combination of frightening pace and dazzling footwork, ruthlessly exposing a fragile opponent in a 60-0 Warriors romp that will have placed massive pressure on FC boss Brett Hodgson.

It also underlined what Wigan will miss if – as expected – the 26-year old heads back to the NRL, where he starred for Parramatta before joining Wigan in 2019.

The individual performance was dynamite and has been a huge reason for Wigan’s success this season that has already yielded a Betfred Challenge Cup trophy and set up a thrilling title race with bitter rivals St Helens.

And what makes his try-scoring exploits even more impressive is that the Australian is playing out of position. One of the best full-backs in the competition, French has found himself out on the right wing such has been the form of Wigan’s other speedster Jai Field. The latter is less comfortable on the wing, hence French playing there.

It is one of the most explosive attacking partnerships that the British game has seen, and if both stay fit, it would be a major shock not to see Wigan walking out at Old Trafford for the Grand Final.  Three of French’s tries were directly set up by Field, who also scored two himself.

Wigan are truly blessed with this partnership and their fans know it.

Like that iconic Bradford side of 2005, when twin towers Vainikolo and his giant mate Tevita Vaikona were steamrolling teams out wide, this is a strike pairing to cherish.

Rob Burrow and Danny McGuire had a similarly telepathic link-up at Leeds – one of the half-backs combining footwork and pace to make the initial break, and the other so reliably on hand in support that the try-scoring pass could often have been delivered and received blindfold.

St Helens fans will remember their era blessed with Paul Sculthorpe and Sean Long, the latter always on the legendary loose forward’s shoulder to make things happen for the team.

Such devastating pairings don’t come around too often, and Wigan fans know they must savour a very special period of rugby league.

The other huge rugby league story to break over the weekend saw England celebrating a real coup after Sydney Roosters loose forward Victor Radley signalled his intent to represent the nation at this autumn’s World Cup. 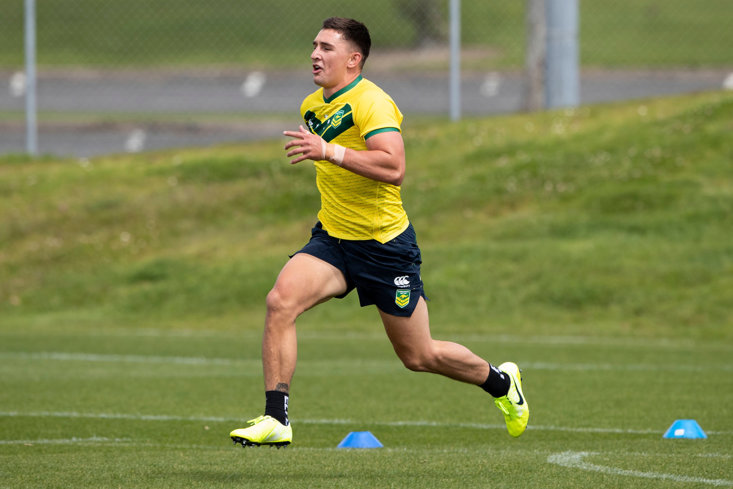 The 24-year old is Australian, having been born in Sydney and now proudly representing his home-town Roosters. But he qualifies through his dad Nigel, who is from Sheffield. He is also a fantastic player who will massively improve Shaun Wane’s squad.

Radley’s decision is a big one. It is more than just a desire to play in a major tournament – opting to represent England if he didn’t make the Kangaroos squad, the kind of move that saw Sam Burgess make his ill-fated code switch with perfect timing for the union World Cup. The ramifications of this one run deeper. Players are not allowed to switch allegiance between tier-one nations so Radley appearing for England would mean he will never play for Australia, and never play Origin for New South Wales.

Head coach Wane has always insisted he is open to “adopting” players who qualify through heritage, but his terms are that they will enhance what he has already, and crucially are 100 per cent committed. By sacrificing State of Origin and any potential future in order to fly the flag for his Sheffield Wednesday supporting dad, Radley has made the kind of sizable statement that Wane was after.

There is a big debate here about whether England should fill a squad with the best talent that is qualified to represent them, even if that means Aussie accents in the team.

In John Bateman and Morgan Knowles, England have two excellent options at number 13, who may well have to be accommodated elsewhere now.

And the other question is 'who next?' With Radley’s move, may there be more to follow? Jackson Hastings, over to you...