The final episode of Betfred’s Road To Cheltenham series focused on some of the top races already featured over the last few weeks, while some of the handicaps also came under scrutiny from the panel.

As always, we started with the market movers and the big talking point was Betfred’s decision to trim Galvin and push A Plus Tard in the Gold Cup to make them 7/2 joint favourites.

When discussing the Blue Riband, I was outvoted two to one with the others sticking with A Plus Tard, but we all know Galvin will romp home, don’t we!!

There were a few other notable market movers too. Death Duty, the horse described by Gordon Elliott as his best handicapped horse of the meeting, was cut to 7/1 for the Ultima, the first big betting heat of the week.

Last year’s Plate winner, The Shunter, who landed a £100k bonus here twelve months ago, was trimmed to 12/1 from 16s for the Coral Cup, while the final race of the meeting saw support for Adamantly Chosen for Willie Mullins, who won the race last year with none-other than Gallopin Des Champs, into 8/1 from 10/1.

Talking of the bonus, it was Cormier who won this year’s Morebattle Hurdle at Kelso and put himself in line for the big pot if winning at the Festival. His Trainer, Brian Ellison, has nominated the County Hurdle as the target, but both Paul and Joel were of the opinion he hadn’t beaten much in Scotland, had quite a hard race and doesn’t have much up his sleeve as The Shunter did last year.

We also heard from Sportsman blogger Ryan Mania on the Ultima Handicap Chase. He won the race twelve months ago on Vintage Clouds and maybe reunited with the grey next week on what will be his final season in training. 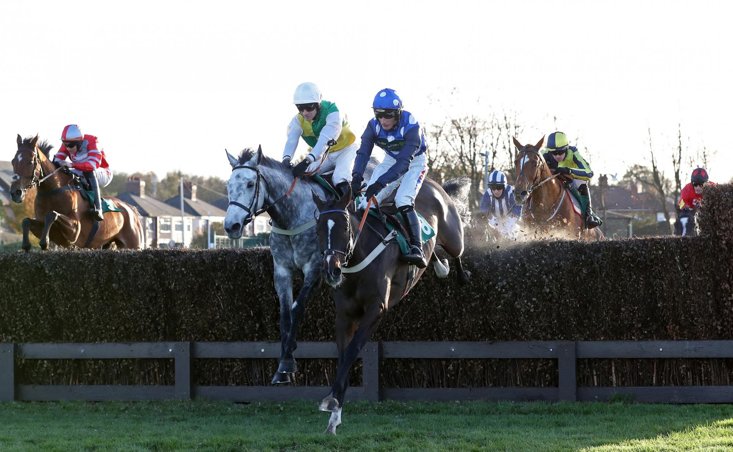 When looking at the handicaps, both Paul and Joel nominated Langer Dan for the final race of the festival, the Matin Pipe, after finding just one too good in it last year. He has been laid out for this race again.

They also both agreed that Gaelic Warrior, the supposed ’good thing’ in the Fred Winter was far too short at 5/2 having “never seen a British hurdle” amongst some of the reasons he had to be taken on, while one of the best handicapped horses in the land, Good Risk At All “can’t be out of the frame” in the Coral Cup.

Both Joel and myself went for the Bumper for this week’s charity bets, both hoping to land a big one. Joel opted for Joyeux Machin at 33/1, the horse who has got closest to favourite Facile Vega in two starts. I chose Newbury runner-up Rosy Redrum, who gets a whopping 17lb off most of her rivals and trainer Milton Harris thinks she won’t be out of place and can run a huge race. At 25/1, she is worth a shot in the hope of raising funds for Jack Berry House.

We ended the series with our naps, each way bets and lays of the Festival.

Joel was up first. His nap was Edwardstone in the Arkle, his each way play was Melon in the Ryanair and was against Pied Piper in the Triumph.

Paul napped A Plus Tard, Colonel Mustard is his each way play hoping he would run in the Coral Cup, while he is against Sir Gerhard.

As for myself, it must be Galvin to strike gold, Martello Sky looks overpriced each way in the Mares Hurdle and I’m happy to take on Facile Vega in the Bumper at the very skinny prices.

I very much hope you enjoyed the series and it is nearly time to enjoy four days of extraordinary.