Betfred’s latest Road To Cheltenham episode reacted to Ascot, Haydock and Gowran Park’s feature races from the weekend while looking ahead to the Festival Novice Chases in the company of Tanya Stevenson and our regular pundit Joel Ross.

The main market moves were three of the winners over the last few days racing. Teahupoo catapulted himself into the Champion Hurdle frame with his win in Ireland and was cut to 10/1 from 16/1 for the opening day feature. Does He Know was made 6/1 favourite for the Ultima Handicap Chase (handicap entries out this week) after winning the Reynoldstown and Hillcrest halved in price to 6/1 for the Albert Bartlett after landing the trial of the same name at Haydock in desperate conditions.

We started by looking back at the Ascot Chase, won by Fakir D’Oudairies who was clipped into 10/1 for the Ryanair Chase. He has twice been put in his place by Allaho this season but highlighted the dominance of Irish horses when claiming this Grade 1 prize. Tanya did note that this isn’t a race that often produces a Cheltenham winner and with the deep ground there this weekend, Fakir D’Oudairies may have left his festival hopes behind in Berkshire. 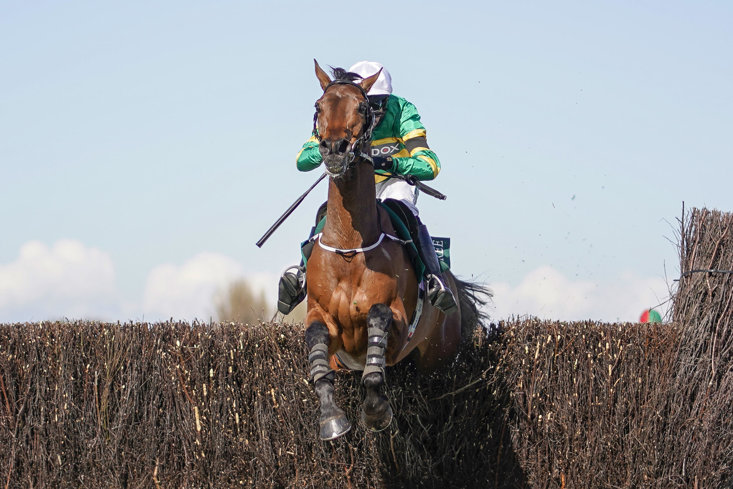 Talking of Ryanair chances, Joel wanted to discuss his beloved Melon who is now into 14/1 after winning an egg and spoon race at the weekend, entering the winners’ circle for the first time in 785 days. Having put him up as his charity bet last week at 25s, he is feeling quite smug having “got the value”.

It's likely Allaho wins the Ryanair but when it comes to looking to those that could place, both Tanya and Joel agreed that there should be plenty of defections from those prominent in the market to warrant a play at bigger prices.

Joel is sticking with his Melon while Tanya makes claims for Eldorado Allen (12/1) and more interestingly, Franco De Port at 33/1.

Teahupoo became a live candidate to chase home Honeysuckle in the Champion Hurdle after impressing on Saturday at Gowran Park. As mentioned earlier, he is now 10/1 fourth favourite and I for one think he has yet to totally show his hand. After just five runs over hurdles, he could still have plenty of improvement to come.

Joel has his reservations as to the worth of the form from Saturday but says he could have a part to play. Tanya threw Tommy’s Oscar into the mix as another name to note however both were adamant that we won’t be seeing Adagio at the business end of the Champion Hurdle. He remains a 16/1 shot after his weekend runners’-up effort behind Goshen. Having cruised into the race he didn’t find much despite hitting the front with Joel adding “he couldn’t touch him with a free bet after going down to ‘Goshen the nutcase’.” 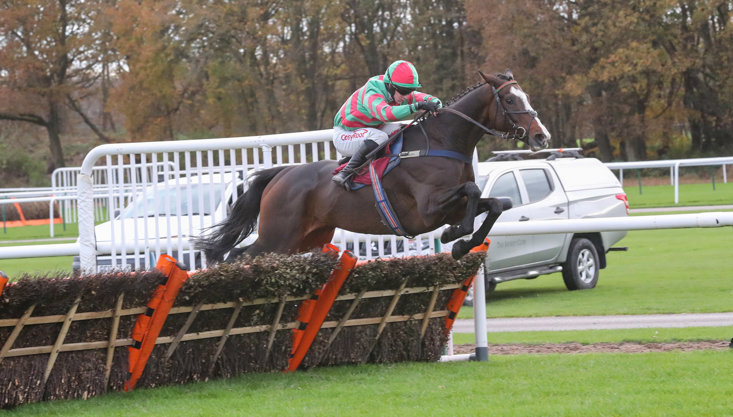 Does He Know romped home in the Reynoldstown Chase at Ascot and I thought he was another who may have put up a big performance in deep ground, detrimental to his chances in just three weeks’ time. The panel were also split on Kim Bailey’s charge. Joel was impressed and thinks he should be bounced out and make all in the Ultima under David Bass, even considering him for his charity bet for this week, before eventually going elsewhere. Tanya disagrees thinking he beat a lot of “future four milers” and she would have a lot of other fancies ahead of him.

Skytastic remains unbeaten when making it four from four under rules. Joel says they should roll the dice in the Ballymore Novices Hurdle (25/1) with little to lose, although he is unsure of his target presently and gives plenty of plaudits for Cheltenham Gold Cup winning jockey turned trainer Sam Thomas who also has Good Risk at All in the stable. He bolted up without coming off the bridle on Saturday with Tanya suggesting “he just wins wherever he goes next”.

Another impressive winner on Saturday was Porticello at Haydock although Tanya very much believes that he is tailor made for Aintree and would love to see him skip the festival, something that connections had mooted earlier in the season. He is 10/1 presently for the Triumph Hurdle.

Looking ahead to the Novice Chase sphere at the festival, the team quickly previewed the Arkle, Turners and Brown Advisory races.

The shortest of these is the second race of the meeting, the Arkle. Joel is sitting pretty with a couple of tasty ante-post vouchers on the two market leaders, Edwardstone and Blue Lord and is happy to stick. Tanya is very strong on Saint Sam whose run at Leopardstown she believes marked him out as a major player at Cheltenham, despite Paul Townend probably on Blue Lord she is positive that Willie Mullins will secure a more than able deputy.

When it comes to the Turners Novice Chase, both Joel and I are big fans of L’Homme Presse for Venetia Williams and Charlie Deutsch having been there and done it over track and trip on New Years’ Day. Tanya agrees that visually he has been impressive despite not being a typical Venetia Williams type while Captain Tom Cat at a “silly silly price” could run well. Joel also throws another Mullins runner, Jungle Boogie into the mix for a race “that will cut up”.

The Brown Advisory, Gold Cup for novices could well stay in England and head to Paul Nicholls Ditcheat yard according to this pair of pundits. Joel is a massive Bravemansgame fan especially being compared to his forever favourite horse, Denman. Tanya also throws his stable companion Threeunderthrufive into the conversation and will be backing him having “never seen a horse jump so well around Warwick”. Of the Irish, she likes the claims of last year’s Albert Bartlett winner, Vaniller.

Charity bet time. Joel was up first and added Hilltime to his portfolio, £10 win at 6/1 for the Albert Bartlett after his victory at Haydock on Saturday.

I also went for a weekend winner and decided that Teahupoo could be best of the rest in the Champion Hurdle so have had £50 each way on him at 10/1.

Join us next week when we review the final few trials at Kempton and look ahead to the Novice Hurdles.