Australian cricket was brought to its knees by the now infamous ball-tampering scandal.

‘Sandpapergate’, as it quickly became known, escalated into one of the biggest cricketing scandals of all-time. Top players colluding and cheating by doctoring the ball with sandpaper to try and win a Test match left a particularly bitter taste in the mouth.

Not since the sorry Pakistan spot-fixing affair just over a decade ago had cricket’s reputation, particularly that of Cricket Australia’s in this instance, been tarnished so badly. But fast forward 32 months and Australia are now back top of the cricketing world after their remarkable and, arguably, unexpected maiden Men's T20 World Cup title-winning triumph in Dubai.

The Aussies proved once again that they are a real force to be reckoned with following an impressive victory over arch-rivals New Zealand in this year’s showcase final at the Dubai International Stadium.

Mitchell Marsh’s match-winning innings was a delight to behold as the Aussies powered to an impressive eight-wicket win – and with seven balls to spare. And, perhaps ironically, David Warner, one of the key figures in Sandpapergate, also played a significant role in Australia’s success during a memorable tournament.

Warner contributed 289 runs at a fine average of 48.16 and scooped the Player of the World Cup award for his contributions. But has Australia’s welcome triumph and long overdue silverware now put to bed their wrongs of the past? 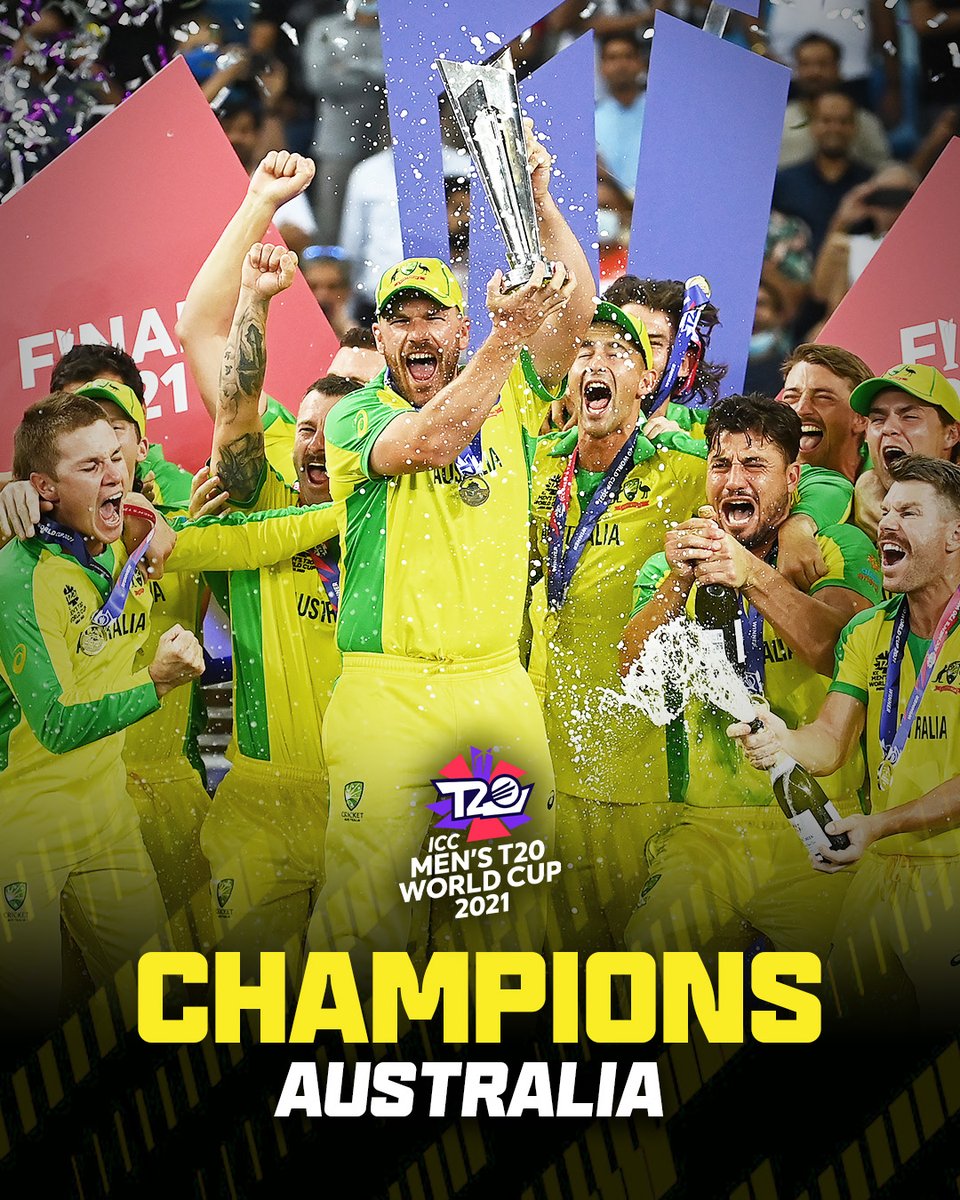 Well, their road to redemption has been a long and rocky one, as candidly documented during the enthralling Amazon Prime documentary, aptly titled ‘The Test: A New Era for Australia's Team’, which was first broadcast in March last year.

Tensions ran high as the national side began to try and rebuild its seriously damaged image and credibility after former skipper Steve Smith, vice-captain Warner and batsman Cameron Bancroft were banned for their involvement in the shady drama.

New skipper Tim Paine and new coach Justin Langer were both tasked with the unenviable and exhausting job of restoring Australia’s reputation after one of the ugliest episodes in the country’s history. Australia’s Prime Minister at that time, Malcolm Turnbull, was even compelled to shame the team, branding the behaviour of the key culprits as a “shocking disappointment”.

However, after all of the heartache and shaming, the current Australian team do now deserve plenty of credit for the way they have turned around their fortunes. Not just by winning the T20 World Cup, but for the way in which they have conducted themselves during a very turbulent period in their proud history.

Sporting the famous baggy green cap has long been a huge honour for Aussie cricketers since it was introduced at the turn of the twentieth century. And, while the sandpaper scandal is unlikely to ever be forgotten, Australia’s players have taken their punishment and the team have made welcome steps to a brighter future. More importantly wearing that baggy green cap has renewed significance with the side’s T20 success. Playing for Australia now means something again. 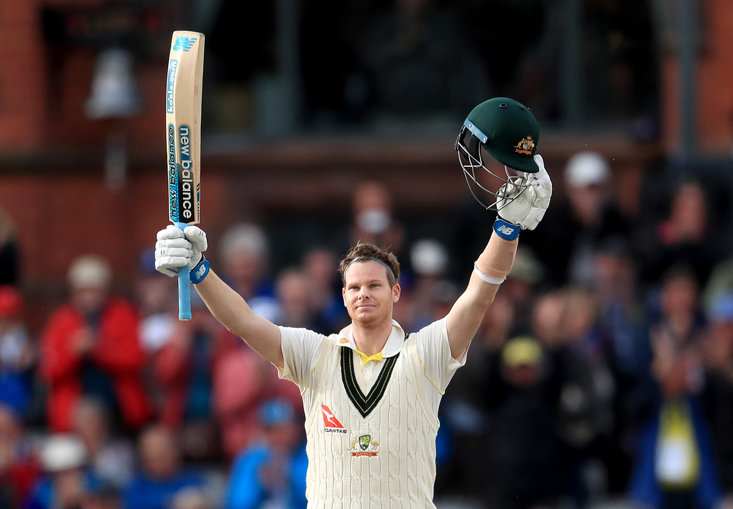 Some sceptics would argue that the national side won’t be able to move on sufficiently enough unless the reprimanded trio of Smith, Warner and Bancroft never play for Australian again. However, that certainly doesn’t look like happening any time soon, even though in every walk of life you’re likely to find critics. And although Bancroft whipped up a storm with new comments about the scandal, Australian cricket is undoubtedly in much better shape than it was nearly three years ago. Back then it had hit rock bottom.

Speaking to the Guardian in an interview, Bancroft admitted that it was “self-explanatory" that bowlers in the Test team were aware the ball was being tampered with.

“I guess one thing I learnt through the journey and being responsible is that’s where the buck stops [with Bancroft himself]”, admitted Bancroft.

“All I wanted to do was to be responsible and accountable for my own actions and part.

“Obviously what I did benefits bowlers and the awareness around that, probably, is self-explanatory.

“Had I had better awareness I would have made a much better decision."

Hopefully Australia’s cricketers, and cricketers around the world, will learn from this forgettable saga and make better decisions in the future. The team are certainly heading in the right direction and at the perfect time with the Ashes just around the corner.

x
Suggested Searches:
The Sportsman
Manchester United
Liverpool
Manchester City
Premier League
More
cricket
Everything You Need To Know About The Hundred 2022
The Hundred returns tomorrow for its supposedly ‘difficult second album’. However, all [ ... ]
cricket
An ODI Icon: The Day Ben Stokes Won The World Cup For England
He arrived at the crease with England 71 for three in the 20th over. They were behind the rate and losing [ ... ]
cricket
Edgbaston To Employ Undercover Abuse Spotters For England v...
Cricket chiefs are set to employ “undercover football crowd-style spotters” at Edgbaston [ ... ]
cricket
On Song England Beat India By Seven Wickets With Record Chase...
Wow. What a difference a year makes!  Last summer England were on the brink of being hammered 3-1 [ ... ]
cricket
Jos Buttler Named Captain Of England White-Ball Cricket Teams
Jos Buttler has been appointed captain of the England Men’s white-ball teams by the England & [ ... ]
cricket
Ducks, Books And Cricket Sucks: The England v India Test Series...
Cast your mind back to a time when Chris Silverwood was England coach and Joe Root was captain. When [ ... ]
cricket
England's Greatest: Eoin Morgan Will Go Down In History As A...
When Eoin Morgan retires from international cricket on Tuesday, a gap will appear in the England dressing [ ... ]
cricket
England Secure First Home Series Whitewash In Nine Years After...
Captain Ben Stokes saluted his side after England secured their first home series whitewash in nine [ ... ]
cricket
WATCH: Henry Nicholls' Bizarre Dismissal Against England
We have just witnessed one of the most incredible things ever seen in a Test cricket match! During [ ... ]
cricket
Is It Time For England To Separate Their Test Side From ODIs...
Joe Root was England’s top scorer at the last Cricket World Cup. Jonny Bairstow leathered back-to-back [ ... ]
cricket
Duck, Duck, Excuse: Captain Morgan's On Shaky Legs As England...
We have seen two sensational ODI performances from England in the Netherlands. After hitting a world [ ... ]
cricket
England Smash ODI World Record As Jos Buttler Hits 162 in 70...
England have just done something truly spectacular. Against the Netherlands, Eoin Morgan’s side [ ... ]
cricket
Brilliant Jonny Bairstow Batters New Zealand As England Take...
Jonny Bairstow smashed England’s second fastest ever Test century as Ben Stokes’ side wrapped [ ... ]
cricket
Unstoppable Jimmy Anderson Brings Up 650 Wickets With Plenty...
When a young James Anderson conceded a no-ball as his first act as a Test bowler and went on to concede [ ... ]
cricket
Why Ben Stokes' And Joe Root's Differing Personalities Suit...
As England prepare to take on New Zealand, looking to win back-to-back Tests on home soil for the first [ ... ]
cricket
Joe Root: England's Greatest Ever Batter Now Has The World's...
If there was ever any doubt about Joe Root’s class, it is simply beyond debate after his match-winning [ ... ]
cricket
Majestic Joe Root Leads England Into A New Era With New Zealand...
The new era of English cricket started with a bang as Joe Root’s masterclass hundred led England [ ... ]
cricket
The English Cricketing Summer Won't Be The Same Without Shane...
There’s a piece of the English summer missing. New Zealand wickets fell at regular intervals on [ ... ]
cricket
New Era, New Hope? England Cricket Seeking A Fresh Start After...
A new Test summer brings a new captain, new coach, new managing director and new approach to English [ ... ]
cricket
Brendon McCullum Not Afraid Of England Challenges With Ben Stokes...
Brendon McCullum strolled around Lord’s, soaking up the ‘Home of Cricket’ as [ ... ]
cricket
Stokes The Skipper: However Long It Lasts, It Should Be One...
He dragged England from the brink in the 2019 World Cup final to help record the most dramatic victory [ ... ]
cricket
Joe Root's Resignation Leaves England's Men's Test Team At An...
Now what do England do? They have failed to win any of their last nine Men’s Tests, have one victory [ ... ]
cricket
Everything You Need To Know About The Hundred 2022
The Hundred is back for its second edition and with the draft having taken place earlier this week, [ ... ]
cricket
Why The Hundred Deserves The Main Billing Ahead Of Suffering...
While England’s women flew the flag proudly for the nation during the recent World Cup, England’s [ ... ]
cricket
England Suffer Final Heartbreak As Australia Win Women's World...
England suffered heartbreak on the grandest stage as history makers Australia blasted their way to a [ ... ]
cricket
Can Underdogs England Secure Most Unlikely World Cup Win vs...
England have risen like a phoenix from The Ashes and are out for redemption in the Women’s World [ ... ]
cricket
Can Heather Knight's England Complete Staggering Turnaround...
Resurgent England have produced a remarkable turnaround to keep their Women’s World Cup title [ ... ]
cricket
Root Of The Problem: Do England Need A Change Of Captain?
It’s true: England have become the laughing stock of world cricket. So, has the time come for [ ... ]
cricket
West Indies vs England Preview: Lifeless Pitches Will Kill Test...
Sir Geoffrey Boycott had it right when he said “The future of Test cricket is at stake — [ ... ]
cricket
England Once Again Fail To Find Knockout Blow In Hard-Fought...
England captain Joe Root stressed he saw plenty of “progression” from his side after a gruelling [ ... ]