Belgium’s 2022 World Cup group stage exit was only ever going to be followed by one thing. Roberto Martinez’s P45. The former Everton boss' tenure, which lasted just over six years and wasted Belgium’s Golden Generation, was brought to a swift end minutes after the 0-0 draw with Croatia.

It’s a spell that should have contained at least one major final, if not a trophy itself. In all honesty, Belgium were never going to make an impact on this tournament looking at their squad. They might be ranked second in the world according to FIFA (what do they know, really?) but their squad is old enough to get a free bus pass, and several stars such as Romelu Lukaku and Eden Hazard are nowhere near their peak.

They have a few promising players coming through, but with Kevin De Bruyne now 31 and the others over the hill it’s difficult to envisage them being in contention to win anything again for at least a decade. If success was not on the cards in Qatar, what has ultimately led them to this point?

Euro 2016 was undoubtedly a major missed chance as they shockingly lost to Wales in the quarter-finals leading to Marc Wilmots departure. But under Martinez, has it just been bad luck or fine margins? Does he deserve the failure tag that will follow him around on the international stage?

At Euro 2020, Belgium won their group with three wins out of three. They then beat reigning champions Portugal in the last 16 before going out to eventual champions Italy in the last eight. They were arguably the better team in that tie but the Italians did what they did so well in that success and held on for a big win.

They didn’t do a lot wrong in that tournament, but their biggest chance came in 2018. At that point a lot of their players had international experience but were also around their peaks. They also had an advantage as they were in Group G and won their first two group games, meaning they were able to plot their path to the latter stages.

In that final group game against England, it was clear both sides knew topping the group was the worst option, but Gareth Southgate went all out to achieve it. A complete second string turned out for the Three Lions, including Phil Jones, Fabian Delph and Ruben Loftus-Cheek as Adnan Januzaj hit the winner for Martinez’s side. 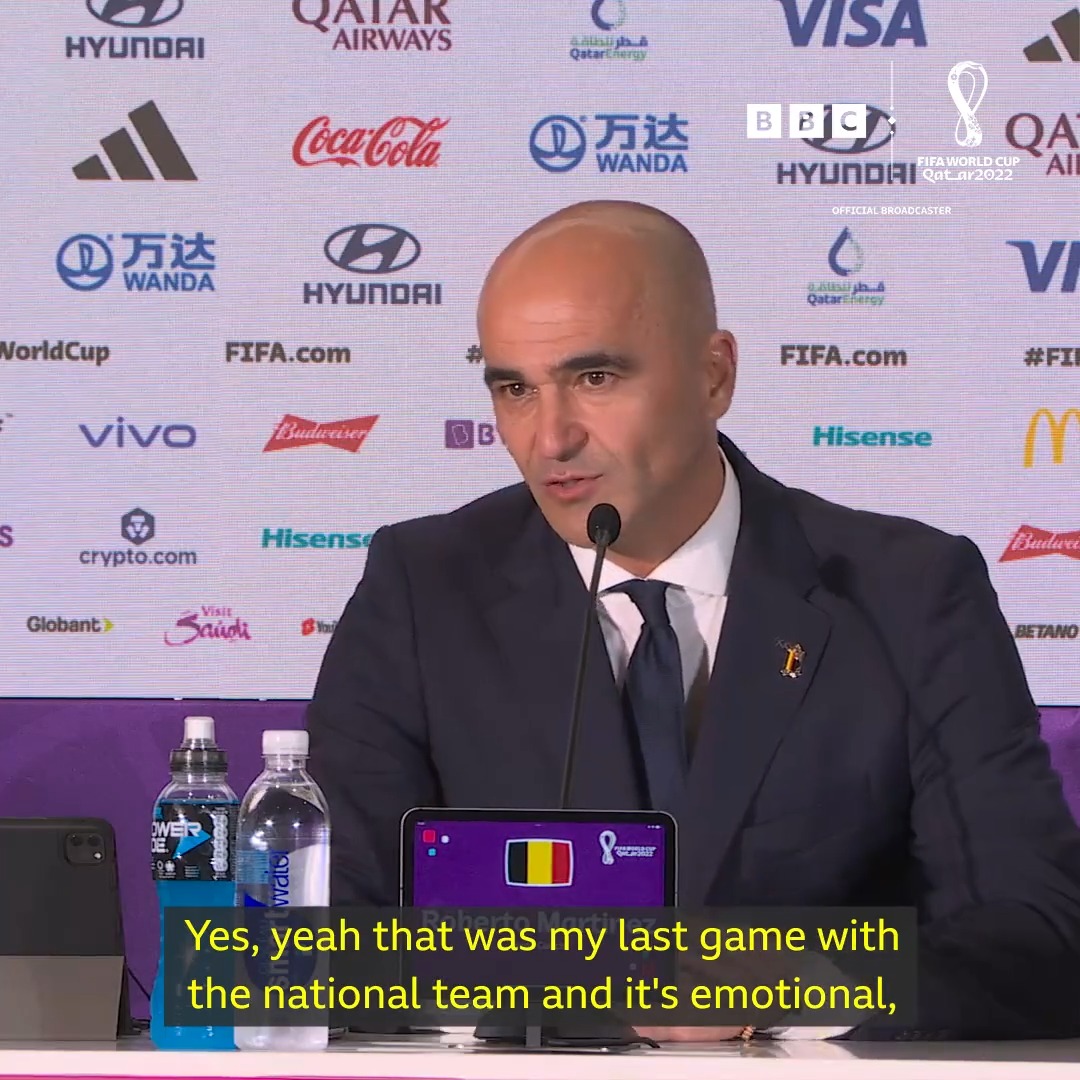 Apparently no manager sends a team out to lose a game, but that result changed the whole context of the World Cup for both countries. It also showed a complete lack of smarts from the Spanish boss. Belgium were thrown into the difficult half of the draw, came from behind to beat Japan in the last 16, beat Brazil in the quarters but then came undone against eventual champions France in the semis.

The Brazil result was the highlight of Martinez’s reign. But whether it was arrogance or confidence, having to beat Brazil and France to reach a World Cup final rather than Sweden and Croatia, simply isn’t sensible forward-planning. If they’d have lost to England, Belgium would almost certainly have been in the World Cup final.

They were the second-best team at that tournament and only lost 1-0 to France and so a semi-final exit simply wasn’t good enough. After two consecutive defeats to the eventual winners, Martinez will have known after Euro 2020 that his chance had gone. His contract ended after this tournament, but all the signs have pointed to it becoming a chore, rather than a joy to play for Belgium.

The feelings of discontent around this squad, which included De Bruyne saying his side were “too old to win the World Cup” contributed to a World Cup performance that lacked belief. Even Eden Hazard took shots at his own team mid-tournament: “Our defenders are not the fastest and they know that.”