When Andy Mazey and his team completed the takeover of the Rochdale Hornets in 2021, a global pandemic would not have been high on the list of potential challenges they would face. Enter 2020.

Now, 18 months down the line, the Hornets are finally on the brink of returning to competitive action as Betfred League One starts this weekend and Mazey feels they are in the strong position, in spite of the challenges of the last year.

“When you do your due diligence and takeover a club, you think you’ve covered all bases, no one thinks about a pandemic, we didn’t see that one coming.”

“But I think the beauty of it was that we’d done a lot of hard work to position it well for the future, when the pandemic hit we were starting out on an exciting journey. I said to the staff; this is just a pause button, once it gets going again we’re going to hit the ground running.”

Rochdale suffered relegation from the Betfred Championship in 2019, before Mazey headed the takeover consortium, but with the new look ten team League One just days away, he feels that in some ways, the club has been given a clean slate.

“We’ve spoken many times about the potential, and it’s a genuine thing. The town is 230,000 people strong, there is no other club in that borough active, so we’ve got a really strong target area to market to so there is genuine belief that every box you would want to tick for a meaningful and relevant club is there ready to be ticked at Rochdale.”

Prior to that relegation, Rochdale had tasted some success when they caused a huge upset in 2016, beating Toulouse in the Grand Final. That feat seems even more impressive when you consider that at the time the club was fan-owned, and Mazey is quick to pay homage to the supporters who played such a large part in the club’s history.

“Let not forget the fans owned the club for ten years and they did some fantastic work in not just keeping the lights on but they had a degree of success and I think it was time to come together with some private ownership, but keeping strong supporter input, and if everyone works together we can really grow it and maximise its potential.

As is usually the case with recently relegated sides, the Hornets will start the 2021 Betfred League Season as one of the early front-runners to earn promotion back to the Betfred Championship, and they’ve made some impressive signings.

Former New Zealand international FuiFui MoiMoi will add some significant size and a wealth of experience to the Hornet’s pack, and Welsh international Gavin Bennion brings with him a proven track record in the Championship. 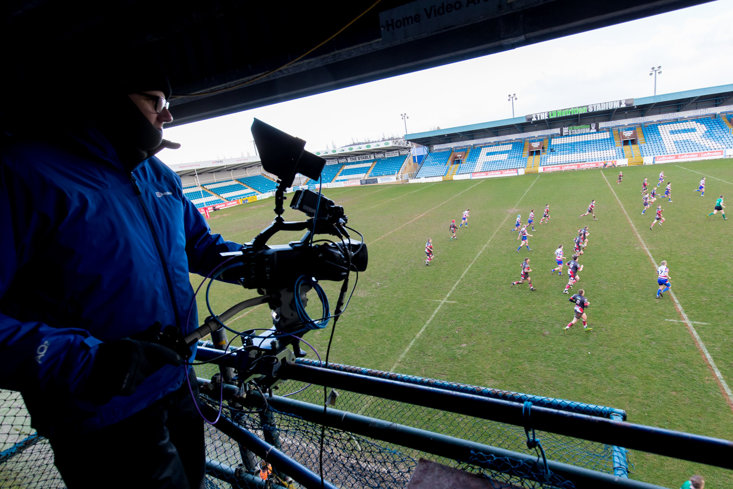 Under the stewardship of Matt Calland, Mazey is confident Rochdale have what it takes to recreate their 2016 success, but says it will be far from easy.

“I don’t think League One has ever been as strong, it’s an exciting division. We’d like to think we’ll be in the mix. The staff have worked really hard, we’ve recruited really well, we’ve bought some players in that we believe improve us. We’re respectful to all our opponents but we believe we’re well placed to have a good go at it.”

Whilst all of this gives a lot of reason for Rochdale supporters to be optimistic, they will of course have to wait at least two weeks until they can watch their team in the flesh, with Covid restrictions on crowds due to lift on May 17, a date that can’t come soon enough.

“It makes the game, it makes sport in general,” said Mazey. “The fans are the be all and end all for me. I think without the supporters, regardless of the size of your club, you’re nothing. We can’t wait to welcome people back in.”

If the prospect of the return to action, a competitive side and stadiums finally being open wasn’t enough for Rochdale supporters, there is another big date on the horizon, with the town set to host England at the Crown Oil Arena in October.

Shaun Wane’s side will take on Fiji in a World Cup warm up game, in a fixture that has special significance to the area.

“It’s something we’re really proud of,” Mazey explained. “The Fijian cultural links go back many decades to when Fijian players first came to the club. The chairman at the time was looking to the future and was one of the first people to bring over South Sea Islanders, and they stayed ever since, and now the Fijian community in Rochdale is the second largest ex-pat community in the world.”

There is a lot of rugby league to be played of course until we get to that point, and for Mazey and the Rochdale club, there is a sense of relief to be focusing on what happens on the field once again.

“First and foremost we have to think what’s happening on the field. There’s been a lot of hard work to get the game back and it’s great to have it back, and the challenges that are going to be faced off the field are for another day. The attention rightly is on the product and the players.”

Betfred League One returns this weekend, with all games available to watch, pay-per-view on the OurLeague App.