Tennis superstar and 20-time Grand Slam Roger Federer has seemingly taken exception to the Barcelona’s Gerard Pique sticking his footballing oar into the tennis world as part of his involvement in the revamp of the sport's flagship international tournament, the Davis Cup.

The newly-retired Spain international has been a frontman for the freshened-up format for the tournament, which has caused consternation in the tennis world.

Swiss player Federer, himself holds a business involvement in the Laver Cup, a rival international tournament. “The good part of all this confusion is that everyone will have to sit around one table and listen to the other’s desires,” said Federer. “The ITF, the Association of Tennis Professionals, the Laver Cup. It is true that the coming weeks may be very interesting.

“I have not spoken to Gerard Pique yet, but I admit that it’s a bit odd to see a footballer arrive and meddle in the tennis business. Be careful: the Davis Cup should not become the Pique Cup. I am globally for innovations: our sport needs to think a little outside the box to innovate. But it’s a bit like in a part of Jenga, you have to be careful not to remove the room that will bring down the whole building.”

The new vision for the Davis Cup is for a season-long tournament that will end with a one-week long final round in November, and has been backed by to the tune of $3 billion the investment group Kosmos.

However in an interview with the French outlet Le Figaro, its frontman Pique has suggested that a move back to a September finale may be preferable as it would fit into players' already packed schedules better.

That would bring it in direct rivalry with Federer’s Laver Cup, which also takes place in that month. It may be that crossover, rather than any fear for the future of the Davis Cup itself, that has drawn his ire toward Pique.

Davis Cup
@DavisCup
From 2019, the competition will see 18 nations and the world's best players compete in a week-long season finale to be crowned #DavisCup champions.
Here's the new calendar...
Find out more: 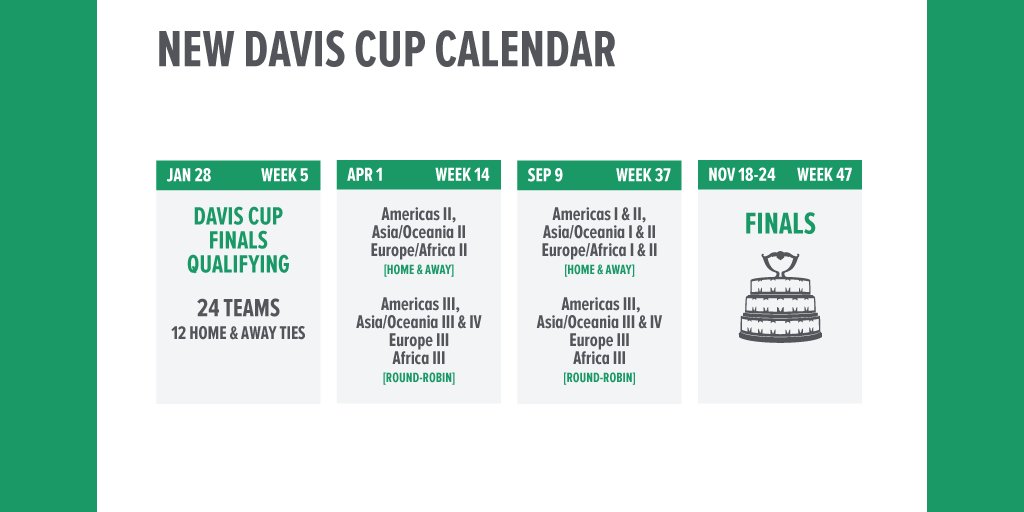