Football
News
Some still consider the Belgian's exit a mistake but the 19-year-old has matured well at Old Trafford
Joey Mills
08:50, 14 Aug 2021

Romelu Lukaku has sealed his return to Chelsea in a £97.5 million transfer from Inter Milan, and the Belgian hitman would be forgiven for circling 27. November on his calendar. That’s the day another of his former clubs, Manchester United, visit Stamford Bridge.

While he was far from a flop, Lukaku’s United spell was not an entirely happy union. As United scrambled for an identity on and off the pitch, the final death knell sounded when manager Jose Mourinho was replaced by Ole Gunnar Solskjaer. The former Everton striker would claim to feel scapegoated for the teams’ waning fortunes before he secured a move to San Siro in the summer of 2019.

After two fruitful years in Italy, including lifting the Serie A title last season, Lukaku is preparing to remind the Premier League of what he’s all about, with Manchester United cited by many as a potential victim. Every Lukaku goal is sure to draw amused glances in the direction of Old Trafford, with fans of rival teams queuing up to laugh at United for letting go of a world-level striker.

But was there a method to the perceived madness? Lukaku’s departure coincided almost simultaneously with the emergence of Mason Greenwood. Was it worthwhile cutting a proven top striker loose in order to nurture a potential superstar from the youth ranks? 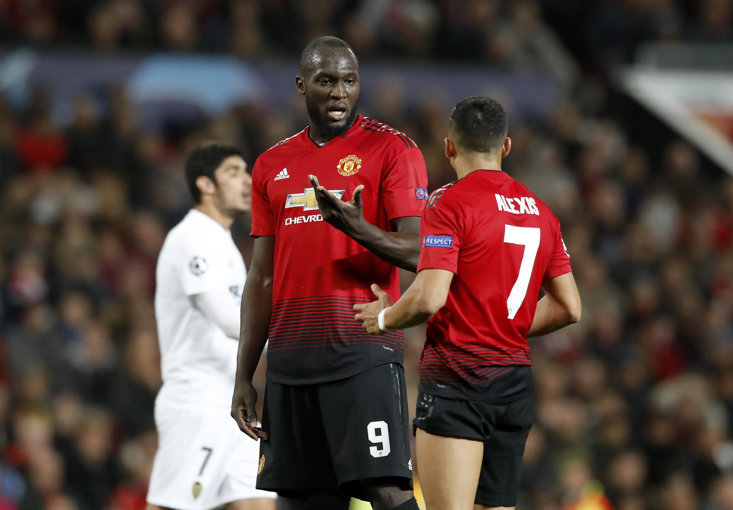 LUKAKU WAS SOLD DURING SOLSKJAER'S FIRST SUMMER IN CHARGE

Based purely on stats, some fans may feel the young Englishman cannot compete with Chelsea’s latest luxury purchase. Last season Greenwood notched 12 goals and six assists in 52 appearances, with 18 goals and four assists arriving in 50 games the previous year. Over the same time period, the Belgian bagged 30 goals and 10 assists in 44 games, with 34 goals and six assists coming the year before. There is no arguing that Lukaku boasts far superior numbers.

However, Serie A is vastly different to the Premier League in style and tempo, so it is a useful postscript to consider Romelu’s final season in Manchester. His ledger of 45 games, 15 goals and four assists reads very similarly to Greenwood’s efforts in his two full seasons in the first team. When faced with slotting into the same side, the two performed in a similar way.

Another caveat to the Stamford Bridge goal machine being crowned undisputed king is the opportunity presented by his departure. Greenwood played only four games in Lukaku’s final season at United. Would he have amassed over 100 appearances in the first team by the age of 19 with the former West Brom front-man ahead of him in the pecking order? The England international has gained a wealth of first-team experience, and while much of that has come on the right wing, Anthony Martial’s move to a more central role was brought on partly through Lukaku’s departure. It says a lot about how far Greenwood has come in two seasons that, even with the signing of Edinson Cavani, he has amassed a high number of games as part of the front three ahead of the more experienced Martial.

“Romelu is a good striker and he’ll always score goals, but it was time for him to move on. We didn’t find the right one outside of our club. We have Mason,” Solskjaer confidently told a press conference a few months after Lukaku’s departure about the breakout season Greenwood was enjoying, praising the youngster for “filling the void” left by the Belgian. 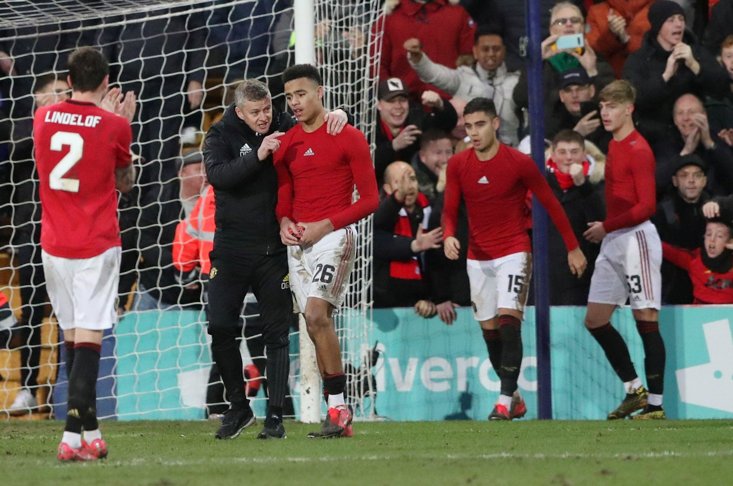 Ole’s importance to this debate cannot be discounted, as Lukaku was jettisoned reportedly in part because of the style of football the Norwegian wanted his team to play. While it is reductive to call Lukaku a target man, he does operate in more of a classic number nine mould than Greenwood, and with Solskjaer favouring a higher line than Mourinho while emphasising speedy counters, the reason for favouring Greenwood could be a tactical one.

Finally, age could have been a significant factor in the decision. Lukaku is nine years Greenwood’s senior, and while at 28 he remains in his prime, favouring a younger player does fit Solskjaer’s long-term rebuilding remit at Manchester United. A talented homegrown player who can be brought up as an integral part of the side is an enticing prospect when you’re a new manager looking to make his mark, with Lukaku the type of off-the-rack superstar favoured by previous United regimes. Choosing Mason Greenwood over Romelu Lukaku was Solskjaer drawing an important line in the sand, making a clear statement on why his managerial reign would be different.

Over the next nine months it will be fascinating to watch the development of both players. Two strikers who are utterly thrilling to watch at their best, the pacey youngster with consummate finishing and the imposing serial goalscorer returning to the league attempting to fire Chelsea back to the summit. Now might be the time to join Romelu in circling 27 November in your calendars.