Cristiano Ronaldo, Edison Cavani and Marcus Rashford helped take some of the pressure off the shoulders of under-fire manager Ole Gunnar Solskjaer as Manchester United ran out 3-0 winners against Spurs at the Tottenham Hotspur Stadium on Saturday evening.

The Norwegian boss’ future at the club has looked uncertain in recent weeks as the Red Devils lost three of their last four Premier League matches, as many as in their previous 37 league games. Hostilities then reached their peak in the aftermath of United’s 5-0 home hammering at the hands of Liverpool last weekend.

Solskjaer is rumoured to have been given just three games to save his job following that humiliating defeat at the hands of their biggest rivals. It was clear from the first whistle however, that his players would do everything they could to earn their gaffer a reprieve and give the team some much needed confidence heading into crunch games against Atalanta and Manchester City next week.

While it was a dream 90 minutes for one manager under the cosh, it spelt disaster for another. Tottenham’s defeat means Nuno Espírito Santo has lost five of his first ten Premier League matches as Spurs manager, equalling Christian Gross' dreadful run in 1997-98. The contrast between support for today’s managers couldn’t have been starker than in the second half, when Nuno brought off Lucas Moura instead of a woeful Giovani Lo Celso, prompting chants of “You don’t know what you’re doing.” Man United fans meanwhile had begun a chorus of “Ole’s at the wheel.”

After recording zero shots in the second-half in their loss to West Ham last weekend, you would have expected Spurs to have played with a bit more impetus, but they looked toothless and lacked imagination almost throughout.

Spurs had the ball in the back of the net just before the half hour mark when Eric Dier managed to glance a header from a corner into the path of Cristian Romero, who bundled it in from six yards out. Alas, despite letting the home side celebrate for quite a while, the goal was disallowed after a very late flag was raised for offside.

The deadlock was broken ten minutes later after a moment of magic from Ronaldo, putting an end to a four-game Premier League drought, his longest since November 2017 for Real Madrid. The Portuguese superstar latched onto a cross from compatriot Bruno Fernandes from the right side of the box, deftly hitting a low volley past Hugo Lloris and into the back of the net. It was vintage stuff from CR7, who now has 11 goals in 19 appearances against the north Londoners.

Ronaldo nearly made it 12 when he had the ball in the back of the net again shortly after the break. The 36-year-old talisman got on to the end of a through ball and rifled it into the top corner but the flag was up for offside. The away side doubled their lead soon after though through Cavani. Ronaldo fed a perfect through ball for the Uruguayan, who timed his run perfectly to send the ball past Lloris. 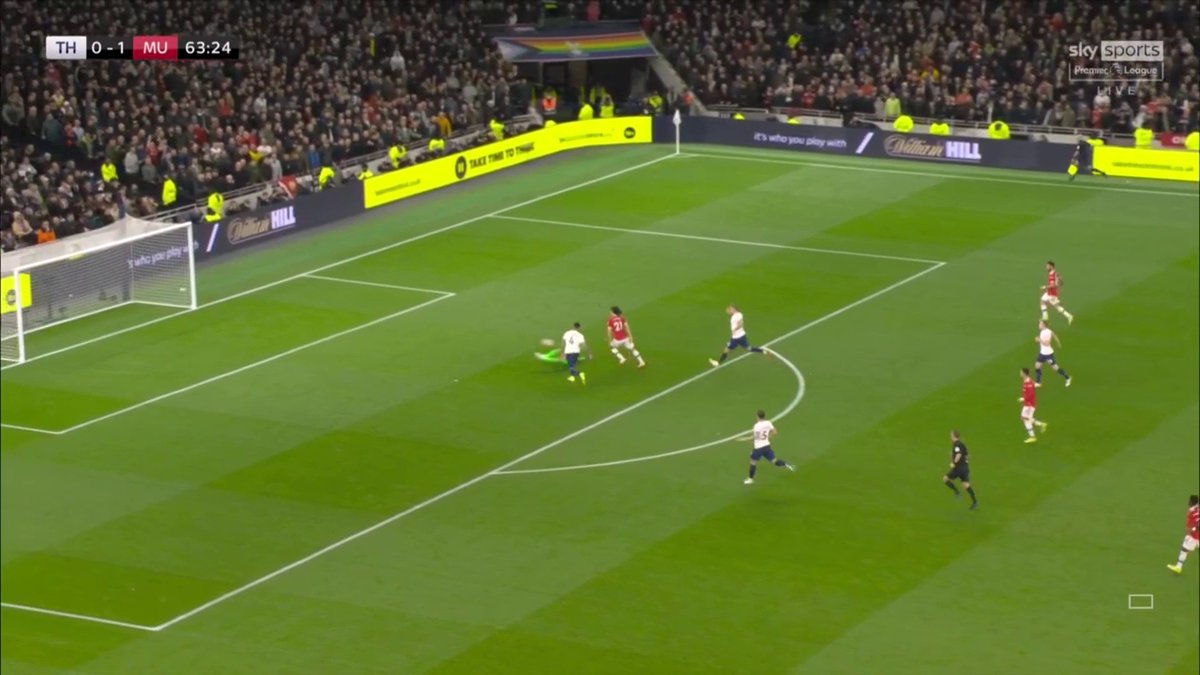 Rashford put the cherry on top for the visitors in the dying stages, drawing even louder boos from the home contingent. The England international picked up a through ball from Nemanja Matic and had little to do thanks to some abysmal defending from Spurs, which left their downtrodden manager looking dumbfounded on the touchline.

Man United move up to the fifth with the win and will no doubt have been buoyed by results from Saturday’s 3pm kick-offs with local rival Man City falling to 2-0 defeat against Crystal Palace and Liverpool being held by Brighton & Hove Albion.