Football
News
The year long postponent due to Coronavirus will suit some better than others
Simon Lillicrap
09:55, 22 Mar 2020

So as of this week Euro 2020 became Euro 2021. Another casualty of the global Coronavirus epidemic. But what does delaying this high profile event mean for some of the superstars of world football? Who are the winners and losers? We’ve done the graft, to save you the effort...

We realise the above are not words that normally go together, CR7 is the epitome of winner. One of the greatest footballers on the planet also appears to have defied the physics of Father Time so far but logic dictates he would have rather defended his European crown a year earlier rather than later. Ronnie will now be 36 by the time this tournament comes around and surely past his (ridiculously long) peak, but then again, people said the same four years ago. Other, more human-like players such as Luka Modric, will also be reaching the end of their careers. At least Ronaldo gets to keep hold of that trophy for another twelve months, hey. 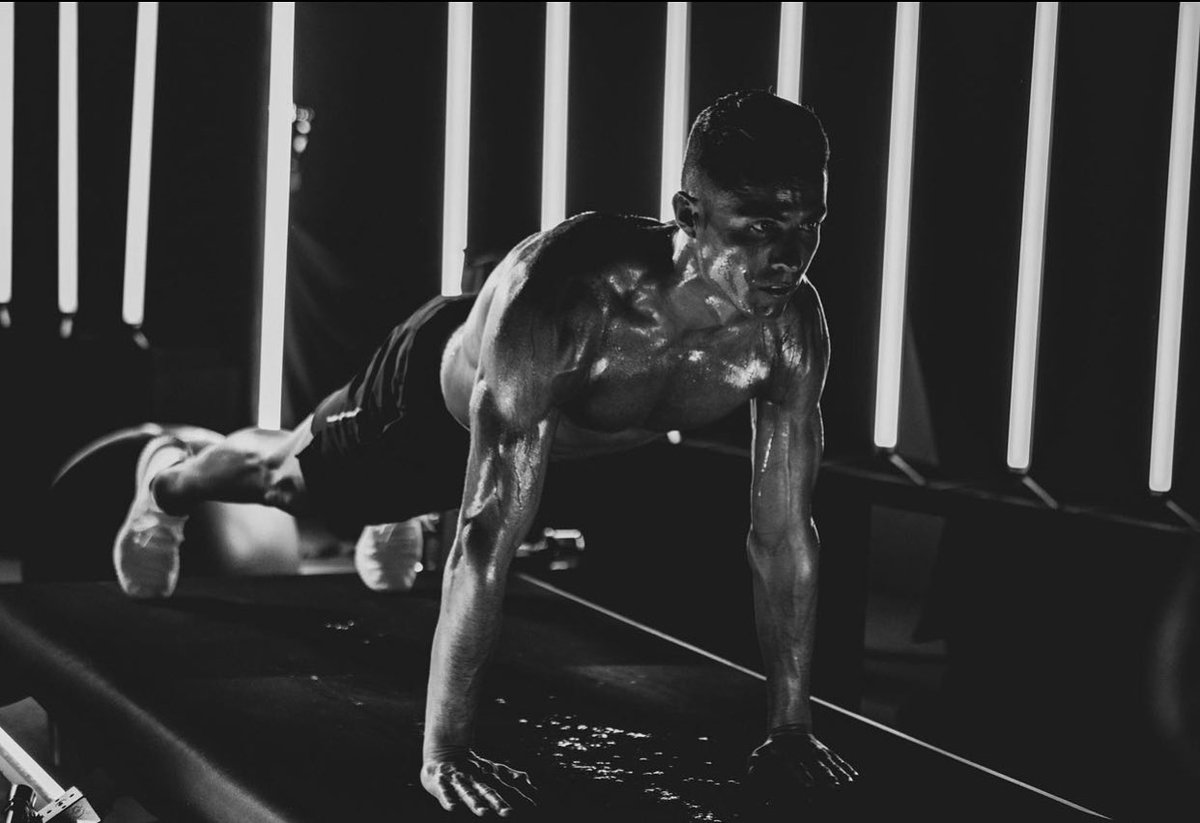 Racing to be fit for Euro 2020 was the only thing on the England captain’s mind as he attempted to comeback from a hamstring injury, but now, he can relax, focus on his recovery and be fighting fit for the Three Lions when the tournament does come around. With Marcus Rashford also out injured and Raheem Sterling not quite firing on all cylinders, Gareth Southgate could have a much better prepared attacking unit in twelve months time. Go on ‘Arry.

Women’s football took a real step forward during the 2019 World Cup with record attendances, record viewing figures and a general excitement about the sport looking ahead to Euro 2021. However that tournament is now under stress with the men’s Euros set to be staged at the same time, or if the women’s Euros is postponed a year it will clash with the men’s World Cup.

Having a summer of their own to gain full media attention is a big bonus for the sport, and that has now almost certainly been lost. Phil Neville’s position as manager is now as insecure as ever as his current contract now does not cover the Euros while the Olympics may also be moved, leaving little football for him to prove himself.

Clearly the 2019/2020 football season needed to be finished. There is too much money and pride at stake for the season for it to be voided 75% of the way through and with teams like Leeds on the brink of a return to the Premier League, it would cause chaos and damage the integrity of the sport if the season was unable to finish. With Euro 2020 having been postponed, that allows extra time for the games to be played and the season to be completed, even if it has to be behind closed doors.

Belgium’s golden generation seems to have passed them by, boy do we know how that feels! This tournament and the following World Cup will be a last chance saloon for the tiny nation, as their star players begin to move away from their peaks.

Eden Hazard will be 30 before the tournament, while Kevin De Bruyne will turn 30 during the tournament. Defensive duo Toby Alderweireld and Jan Vertonghen are both already the wrong side of 30, while midfielder Axel Witsel will be 32 when 2021 comes around. The World Cup in 2018 could well have been their last chance for this once in a lifetime group of players to win something.

The alternate angle to the likes of Ronaldo and Modric ageing by another year is the fact that young stars across Europe will have another year of experience under their belts. The main man in European football at the moment is Erling Braut Haaland, and if he can inspire his side to a play-off win over Serbia in the play-offs then we could see an exciting Norweigian side. Martin Odegaard is finally living up to his potential while Kosovo’s Arber Zenelli will be given extra time to recover from his cruciate injury. Tasty.

Football on BT Sport
@btsportfootball
He's done it AGAIN! 🤯
Håland makes that look easy. It's not.
5️⃣ goals for Dortmund and he hasn't even played 90 minutes of football for them yet! 👏👏👏
2796
24850
x
Suggested Searches:
Tyson Fury
Manchester United
Marcus Rashford
Lewis Hamilton
F1
Air Jordan
More
football
Ask The Fans: Why This Manchester Derby Means So Much To Both...
The Manchester Derby is upon us and once again the Etihad Stadium will be empty as coronavirus restrictions [ ... ]
football
Fulham Boss Scott Parker Is Bang On, VAR Is Killing Premier...
Imagine being back standing on the terraces. Your team’s striker is played through as the crowd [ ... ]
football
Chelsea Are On The Up, But Who Knows What's Next For Liverpool?
Chelsea’s 1-0 victory at Anfield on Thursday night provided plenty of answers for the [ ... ]
football
Son, Kane, Bale And Alli Show A Little Bit Of What Tottenham...
Tottenham were fortunate in the end but they needn’t have been. Boasting a supreme attacking trio [ ... ]
football
Betfred Paying Out Immediately On Manchester City Title-Winning...
Betfred founder Fred Done has announced he will pay out immediately on all bets which have Manchester [ ... ]
football
A Rangers Scottish Title Win Would Complete A Remarkable Decade...
On a bright October afternoon in 2012, Rangers were at their lowest league position in their 149 year [ ... ]
football
Ryan Sessegnon Quietly Shining For Hoffenheim In Germany As...
It’s May 20, 2000 and in north London, Chelsea captain Dennis Wise is lifting the FA Cup after [ ... ]
football
Selling Tammy Abraham Would Show Chelsea Haven't Changed Their...
Albert Einstein once stated that: “the definition of insanity is doing the same thing over and [ ... ]
football
Man United Performance Against Palace Gives Fans Cause For Concern...
Due to the thick fog that came in at Selhurst Park, it was a small struggle to see the second half all [ ... ]
football
Chelsea And Man City Emerge Victorious From Chaotic Night In...
Chelsea Women came through a dramatic Champions League first leg against Atletico Madrid, winning 2-0 [ ... ]
football
Emiliano Buendia Stars As Norwich City Take Giant Leap Towards...
Norwich City have gone ten points clear at the top of the Championship and have one foot in the Premier [ ... ]
football
Laporta Could Be Key To Lionel Messi Staying At Barcelona, Says...
Lionel Messi could well stay at Barcelona despite the deep crisis the Catalan giants currently find [ ... ]
football
Man City's Horror Start Makes Their 21-Game Win Streak All The...
A cruel deflection off Ruben Dias’ boot gave West Brom an equaliser at the Etihad Stadium and [ ... ]
football
Relegation A Very Real Possibility As Apathy Reigns At Newcastle...
St James’ Park reeks of complete and utter apathy right now. Newcastle United is just about existing, [ ... ]
football
Right Tournament, Wrong Time As UK And Ireland Target 2030 World...
“It’s coming home, it’s coming home, it’s coming…” The UK government [ ... ]
football
Ian St John Was A Liverpool Legend, Football Icon And Beloved...
Ian St John was a true Liverpool legend. The Scot moved to Anfield from Motherwell in 1961 and scored [ ... ]
football
Don't Worry About Wolves, If This Cycle Is Ending Another Won't...
It’s April 2018, and the Derby defence has dealt easily with the Wolves corner kick, powerfully [ ... ]
football
Ronaldo Scores But Juventus Stumble, This Weekend's European...
Another weekend of football on the continent, another weekend which saw Lionel Messi and Cristiano Ronaldo [ ... ]
football
Jose Mourinho's Distrust Of Gareth Bale Is Doing Tottenham No...
Gareth Bale scored two goals and set up another on Sunday, but just as Tottenham Hotspur fans were beginning [ ... ]
football
Sam Mewis Scores Twice As Man City Close In On WSL Leaders Chelsea
Sam Mewis netted twice on her return from injury as Manchester City closed the gap on leaders Chelsea [ ... ]
football
Liverpool Stop The Rot After Horror Run With One-Sided Win Over...
Liverpool are back. For now. Staring down the barrel of another night of frustration after four straight [ ... ]
football
Solskjaer's Search For A True No.9 Continues As Man Utd Draw...
Luke Shaw was marauding forward with the ball to get Manchester United on the attack again and cut inside, [ ... ]
football
Rooney Nets The Only Goal To Lead St Johnstone To Betfred Cup...
St Johnstone clinched only the second piece of major silverware in their history on Sunday with a 1-0 [ ... ]
football
Arsenal Show Character To Remind Premier League Of Their Quality
Character. Every top team has it. Every team with character can battle until the end. Setbacks, pitfalls, [ ... ]
football
With 200 Chelsea Apps In The Bag, Kante Can Shine Once Again...
Amid a whole host of storylines lined up for Chelsea v Manchester United, one person is sure to go under [ ... ]
football
Anwar El Ghazi Finally Gets Revenge At Elland Road As Aston...
Anwar El Ghazi got his revenge at Elland Road, the ground where he was controversially sent off on his [ ... ]
football
Brighton’s VAR Nightmare Vs West Brom Proves We Must Be Able...
Quick free-kick, whistle, goal, whistle, goal disallowed, goal given, players at half-way line, goal [ ... ]
football
Stones and Dias Prove 'Defence Wins Titles' As Man City Make...
“Attack wins you games, defence wins you titles.”  As Manchester City won their 20th [ ... ]
football
Callum Davidson Hoping To Lead ''My Club'' St Johnstone To Cup...
“It’s my club,” Callum Davidson says of St Johnstone, the team he will proudly lead [ ... ]
football
David Martindale’s Inspiring Journey Could See Fairytale Chapter...
David Martindale never dreamed he would be managing Livingston in the final of the Betfred Cup [ ... ]