Football
News
With 13 European titles to their name, it was a tough job picking out Los Blancos’ greatest ever Champions League-winning XI
Kris Voakes
13:35, 24 May 2022

Cristiano Ronaldo or Luis Figo? Alfredo di Stefano or Raul? Claude Makelele or Luka Modric? Some incredible players have lifted the European Cup wearing the famous all white of Real Madrid down the years, but who deserves to be in the team of all-time greats?

With 13 European titles to their name, it will come as little surprise to you, dear reader, that it was a tough job picking out Los Blancos’ greatest ever Champions League-winning XI.

We think we’ve got the balance right, though…

From 19-year-old goalkeeping upstart in Paris in 2000, to superstar substitute in 2002, and finally La Decima-winning captain, Iker Casillas was not just a Real Madrid cornerstone for over a decade, he was one of the greatest goalkeepers of his era too. He doesn’t even need a mention of his three major trophies as Spain skipper to make this prestigious XI.

If you’re a right-back in a team full of Galacticos, you need to be something special both with and without the ball. And Michel Salgado was just that. Whether bombing up in support of Luis Figo with the quality delivery of a top-class winger or chasing back and putting his body on the line, the Spaniard personified elegant full-back play. 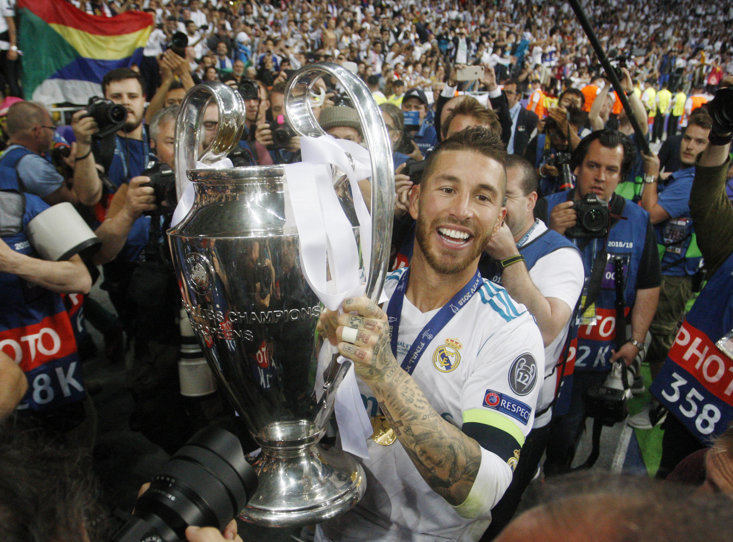 The most red-carded player in the 21st century and second most sent-off in football history? Sure. One hell of a centre-half and leader? That too. It takes a defender of some talent to play 671 games and score 101 goals over a 16-year period at Real Madrid, and Sergio Ramos was exactly that. Always competitive, often brutal, he just so happened to score the crucial equaliser that led them to La Decima too.

Simply put, Fernando Hierro was a centre-back oozing in class, partnering then replacing legendary club captain Manolo Sanchis. As much a ball-player as he was a ball-winner, the Spain skipper’s quality either in the back line or midfield made him an absolute certainty in any Real Madrid starting lineup for well over a decade. His departure in 2003 basically broke the Galacticos model.

They just don’t make left-backs like Roberto Carlos anymore, which is no surprise since they didn’t make them like him before the Brazilian came along either. With the work-rate to absolutely dominate the left flank, a set of thunderous thighs and a hammer of a set-piece, this guy was absolutely one of a kind. The full-back every other full-back wants to be. 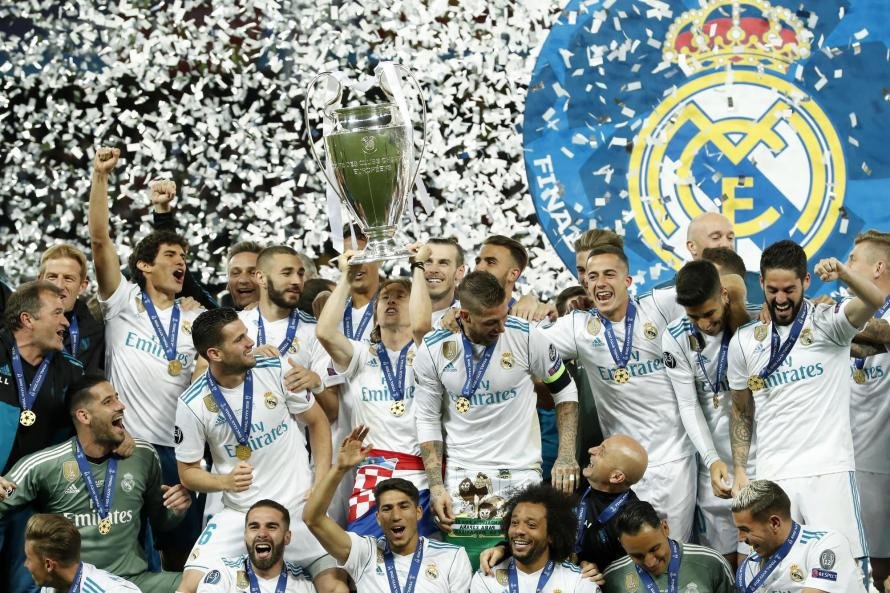 Still the only player not named Messi or Ronaldo to win the Ballon d’Or in the last 15 years, Luka Modric has been an absolute phenomenon over his 10 years at the Bernabeu. His vision and ball skills have been at the heart of multiple Champions League successes, and his 2018 Golden Ball accolade came thanks in large part to his influence on a third straight European crown for Los Blancos.

He may have won only one Champions League title as a player, but boy did he win it. THAT goal against Bayer Leverkusen earned a ninth European Cup win in Real Madrid’s centenary season, and its brilliance as a piece of skill pretty much summed up what Zinedine Zidane had brought to the club the previous summer. There were times that season when he was as mesmerising as any player at any time. Unbelievably good.

He arrived in a blaze of publicity and lived up to every bit of it in a sparkling nine-year spell in the Spanish capital. Cristiano Ronaldo was the embodiment of the quest for La Decima and the four crowns in five seasons which followed. One half of the duopoly of the modern game, when we look back in the decades to come we will always picture Ronaldo at his best in the white of Real Madrid and with the Champions League trophy in his hands. 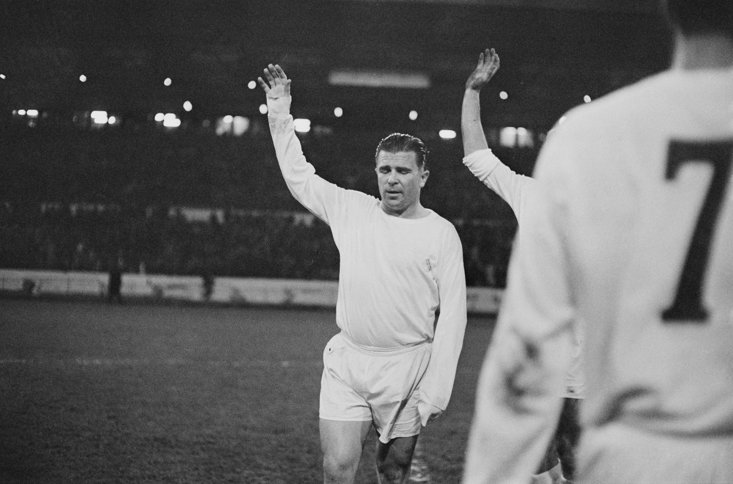 An absolute legend of the game, star of the Mighty Magyars in Hungary, and goalscorer extraordinaire, Ferenc Puskas was everything you could want in an attacker. With incredible vision and fantastic finishing skills, Puskas somehow improved a Real Madrid side which had won three straight European Cups prior to his arrival. He missed both the 1959 and 1966 finals with injury but scored four in the ’60 success as Eintracht Frankfurt were battered 7-3.

Still the only player with six European Cup wins, Paco Gento was one of the best wingers of all time. More than just being incredibly fast, Gento also had the ability to land a cross on a peseta, meaning he could be deadly for the opposition once he had been found with a pass in behind. He also chipped in with goals himself, netting the clincher in the 1957 final and the winner 12 months later.

He may have been usurped in the all-time Real Madrid scoring charts first by Raul and then by Cristiano Ronaldo, but Alfredo di Stefano’s importance to the club’s early dominance in Europe made them what they are today. He was a forward of incredible talent and goalscorer of sensational quality and quantity. Di Stefano scored in five successive European Cup finals, including a hat-trick in the 7-3 win over Frankfurt at Hampden Park in 1960. Surely nobody will ever match that.