Another weekend of football on the continent, another weekend which saw Lionel Messi and Cristiano Ronaldo get their names on the scoresheet, but only one tasted victory. Here’s our European football round-up… 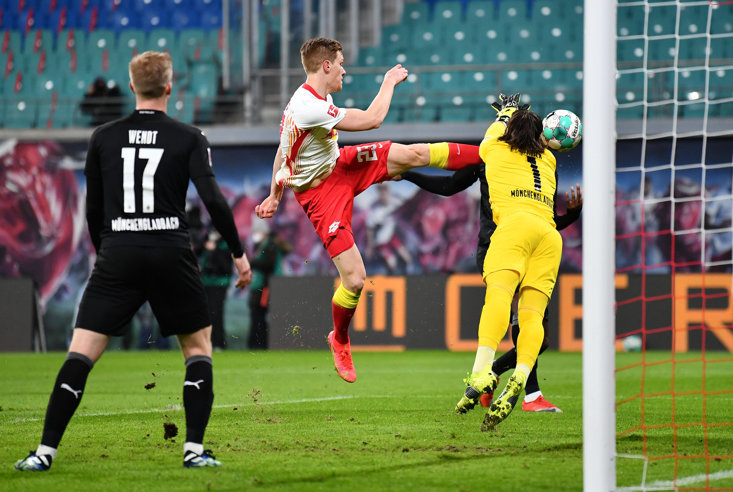 RB Leipzig kept the pressure on though, coming back from two down to win 3-2 and stay only two points behind the Bavarians. Former Crystal Palace striker Alexander Sorloth scored deep into added time to get the better of Borussia Monchengladbach. Third-placed Wolfsburg beat Hertha Berlin 2-0.

Eintracht Frankfurt stayed fourth but lost ground on those above them as their 11-game unbeaten run came to an end with a 2-1 defeat at Werder Bremen. Borussia Dortmund are fifth after beating Arminia Bielefeld 3-0.

Bottom club Schalke were thumped by Stuttgart 5-1, Sead Kolasinac, on loan from Arsenal, getting their only goal.

Inter strengthened their title credentials by beating Genoa 3-0. Romelu Lukaku scored after just 32 seconds, while Alexis Sanchez and Matteo Darmian netted to make it three ex-Manchester United players on the scoresheet. Milan kept in touch though, remaining four points behind in second after an impressive victory over Roma at Stadio Olimpico; Ante Rebic grabbing the winner in a 2-1 success.

Juventus, meanwhile, were held to a 1-1 draw at Hellas Verona after Cristiano Ronaldo gave them the lead. Andrea Pirlo’s side are third, 10 points off the top. Atalanta are fourth and on the same points as the Bianconeri after winning 2-0 at Sampdoria. Lazio’s defeat at Bologna saw them leapfrogged by Napoli, who got the better of Benevento.

Atletico Madrid keep going at the top of La Liga 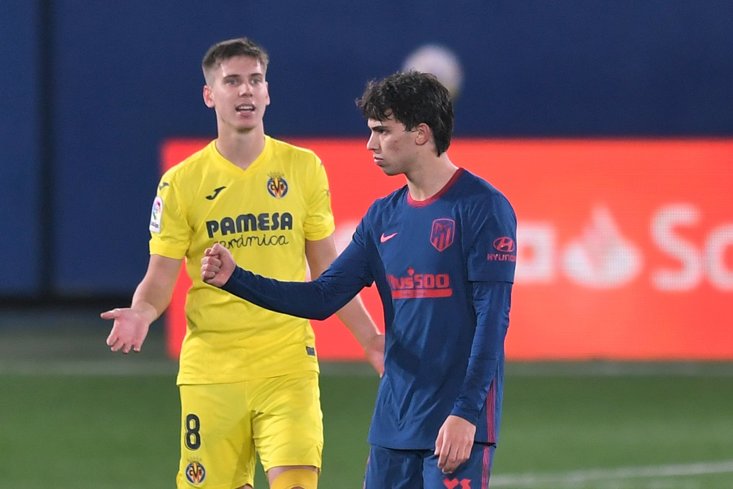 JOAO FELIX WAS ON TARGET FOR ATLETICO

Atletico Madrid extended their lead at the top of La Liga to five points with a game in hand as Joao Felix netted in a 2-0 win at Villarreal. The Portuguese playmaker made sure of the win following Alfonso Pedraza’s own goal.

Barcelona won by the same scoreline at Sevilla a day earlier to keep their title hopes alive. Ousmane Dembele was set free on 29 minutes to put Ronald Koeman’s side ahead before Lionel Messi went on a captivating run as the ball bounced and deflected back to him so he could slot home.

Real Madrid can go second and close the gap to three points if they win when they host Real Sociedad on Monday evening.

Real Betis are sixth after winning 1-0 at Cadiz but it’s bad news for Valencia. They are only five points above the drop zone after losing 3-0 at Getafe, and an emotional Gabriel insisted after the game: “It's f*****. To talk about [a relegation battle] while playing for a club as big as Valencia is f******.” 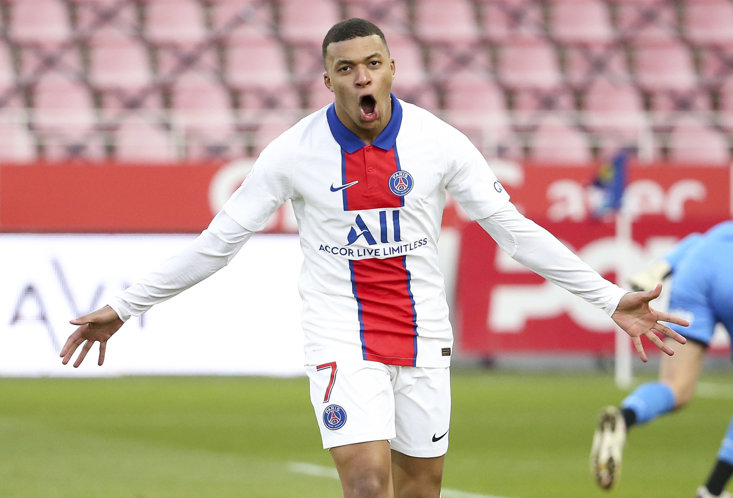 Moise Kean, on loan from Everton, opened the scoring with his 11th Ligue 1 goal of the season, before Kylian Mbappe netted a brace and Danilo Pereira finished the rout off.

Former Southampton and Crystal Palace defender Jose Fonte rescued a point for Lille at home to Strasbourg, but dropping two points piles on the pressure.

Lyon are third and three points off first place after drawing at Marseille with 10 men after Lucas Paqueta was shown a second yellow for a foul on Dimitri Payet. Monaco, meanwhile, beat Brest 2-0 and trail the summit by only four points.

Porto managed to hold leaders Sporting to a goalless draw but really needed to win as they still trail the Lisbon side by 10 points. They were overtaken by Braga, who moved up to second after winning 2-1 at National.

Benfica, looking to bounce back after their Europa League heartbreak at the hands of Arsenal, host Rio Ave on Monday. The Portuguese giants are currently 16 points off top spot. Having won five of the last seven titles and finishing second last season, they are languishing in fourth place.

Over in Holland, meanwhile, it was a frustrating afternoon for PSV. The Eindhoven club led Eredivisie leaders Ajax 1-0 through an Eran Zahavi strike but conceded a penalty deep in injury time which Dusan Tadic duly converted.

That result proved good news for AZ Alkmaar, who beat Feyenoord 4-2 to gain ground on the top two. The Rotterdam club are now down to fifth after Vitesse beat VVV Venlo 4-1.