We are about to witness a new chapter in the epic rivalry between Lionel Messi and Cristiano Ronaldo as the two titans of this generation square up once again in an exhibition match on Thursday as Paris Saint-Germain face Riyadh All-Star XI.

The Riyadh side will be made up of players from both Ronaldo’s club Al-Nassr and their rivals Al Hilal. This match-up with his long-time Argentine rival Messi will be Ronaldo’s debut for Al-Nassr and with it coming against the World Cup winner, there are sure to be a lot more eyes on this fixture. It will be their first meeting since Juventus beat Barcelona 3-0 at Camp Nou in the 2020-21 Champions League group stage.

Not just because it is likely we are going to see these two veterans battle it out against each other for the last time in their careers, but also because Ronaldo has certainly got a lot to prove after his explosive interview with Piers Morgan that led to his Manchester United exit.

This clash against PSG will give Ronaldo some much-needed minutes before he makes his competitive debut in the Saudi Pro League against Ettifaq on Sunday.

Here are all the details you need to know about this exhibition match.

The game will be live streamed on Paris Saint-Germain’s official platforms, including Facebook, YouTube, Twitch, and PSG TV. BeIN sports also said it would broadcast the game on its network of channels across the world. 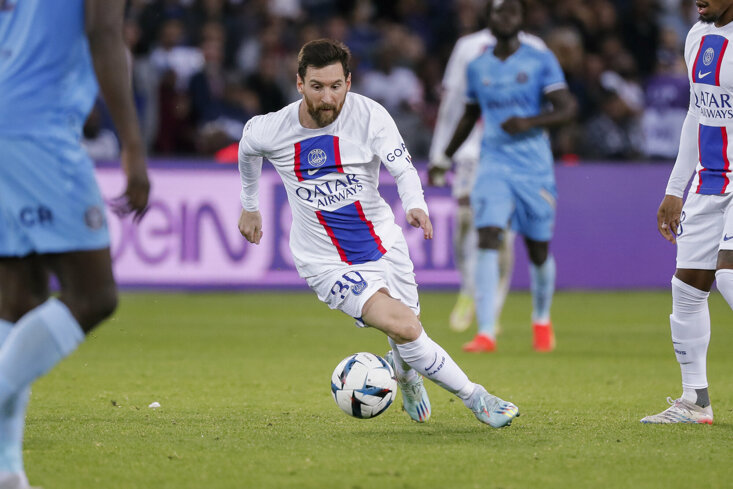 Ronaldo looks set to captain the Riyadh All-Star XI from the number nine spot this week, but another ex-Manchester United forward in Odion Ighalo is also set to be involved and could possibly push the five-time Ballon d'Or winner out wide.

Other standout attacking names in the Saudi ranks are Moussa Marega, Anderson Talisca and Andre Carillo. Salem Al-Dawsari, who came up with a stunning World Cup goal for Saudi Arabia against Messi's Argentina, should also feature. Al-Nassr look set to be without goalkeeper David Ospina who is out with an elbow injury.

As for PSG, it would not be surprising to see Galtier take a strong squad to Saudi Arabia before putting out a second-string XI in the Coupe de France, so Messi may very well come face to face with Ronaldo to give the fans what they want.

However, Presnel Kimpembe will not be involved due to injury, and Galtier will also avoid taking any risks with the energetic Nuno Mendes and Marco Verratti.

After keeping faith with Hugo Ekitike in PSG’s defeat to Rennes, Galtier could give the King Fahd crowd what they want with the Messi, Kylian Mbappe, Neymar trident lining up from the first whistle, and second-choice goalkeeper Keylor Navas can also take in his surroundings amid claims that Ronaldo wants to lure the Costa Rican goalkeeper to join him at Al-Nassr.