And O’Sullivan has called for World Snooker to divert five per cent of the total prize money from the main tour into the women’s tour.

That women’s tour is not a professional circuit with the small prize money levels not able to support a career without other work.

But as an official ‘development tour’ it does now offer a way onto the main tour as with other tours around the world, and four women including Evans and Mink are now also on the main tour.

O’Sullivan, 46, has long been especially sympathetic to the plight of Evans, who despite being arguably the greatest woman player in history has little to show for it financially.

Thailand’s Mink won just £6,000 for winning her first women’s world title this year while O’Sullivan pocketed £500,000 for his record-equalling seventh at the Crucible.

And saying the money could help women play in better conditions, he told BBC Sport: “It's so wrong that World Snooker haven't made it better for the girls.

“Why can't they just take five percent off the prize money and give the ladies a good opportunity to play in good conditions.

“I think everyone would support it and back it. You don't want to be having this conversation even in another two or three years, it should be something that's done within the next two or three months.

“Decisions can be made quickly and done quickly, and it's important for the likes of Reanne [Evans] as well because they have been playing a long time and they deserve to have that opportunity."

“It shouldn't be a special event [World Mixed Doubles] for them, it should be normal. 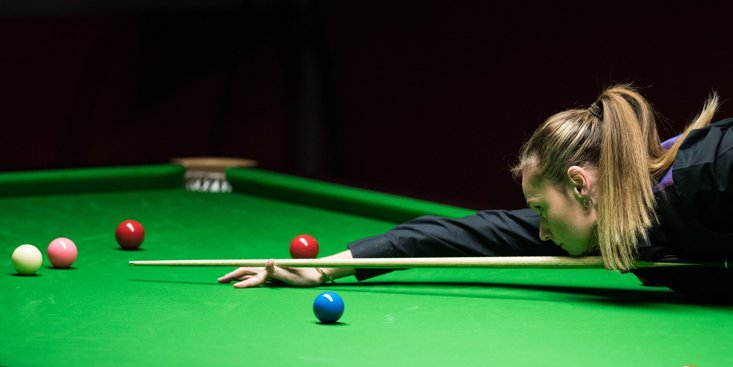 “I think the best thing that World Snooker could do is make that happen. You see what it's done for ladies football, I was more geed up watching the ladies play than I was watching the guys.

“The guys haven't been able to get the job done but the girls showed them how to win. It would be great for the girls to have that opportunity.

"[Women] want to play regularly, in good conditions, proper money, where they're rewarded for their hard work and their skills.

“[Evans] is 12-times world champion, that's some feat. At least let her make it a professional job where she doesn't have to go out and do other things to make ends meet.

“She's devoted her life to this game, most people in her situation would have given up snooker but she hasn't, she loves it.”

A World Snooker spokesperson, in response, said: “Our remit is to run the World Snooker Tour for the professional players, including the four women on the tour.

“We felt the Mixed Doubles event over the weekend was fantastic. We are proud of snooker’s inclusivity and to be one of the few sports where men and women can compete together.”

WPBSA chairman Jason Ferguson said: “The more opportunity that is presented, and the mixed doubles is a great example of that, the more those women will perform at the elite level, and that will inspire the next generation as well.”

O’Sullivan then crashed out of the British Open in the first round on Monday night to Swiss bogeyman Alexander Ursenbacher.

The Rocket lost 4-1 to the 26-year-old from Basel who now holds a 3-1 career winning record against the record seven-time world champion.

World No63 Ursenbacher surged into a 2-0 lead, and then after world No1 O’Sullivan pulled a frame back kicked on once more over the winning line.

After his stunning latest Crucible success in May O’Sullivan has struggled to get going this season – also hampered by a tennis elbow injury in his right cueing arm that he continues to nurse.

This latest setback comes after failing to reach the final of the world mixed doubles at the weekend despite along with 12-time women’s world champion Reanne Evans being title favourites.

And heading for the prestigious Hong Kong Masters O’Sullivan is lacking matches and wins s O’Sullivan far this term.

He said: “It was nothing to do with lack of practice or the injury – he played well and deserved his win. If he has got a 3-1 winning record over me it is because he is a good player.

“I hope he goes deep in the event. It was what it was, and I got beat. I am not bothered with match practice or whatever, and happy with my schedule.

“I didn’t hit form until the Tour Championships last season so there is plenty of time.”

Ursenbacher said: “My mum was over from Switzerland and I wanted to put on a spectacle for her.

“Put it this way, he is the easiest person to get yourself up for, to force yourself to show your best. You want to do something against him, and you don’t want to embarrass yourself.

“It’s all about the win and I had to learn that the hard way. There is a random draw and I got a tough one first round, but I am not looking too far ahead.

“I have done that before when I beat him in the UK, and I could hardly pot a ball in the next match.

“The expectations go up. I am ready to start going deeper into tournaments but I have to because I have been on the tour for a few years now and I haven’t done too much – just one semi-final.”