Ronnie O’Sullivan will walk down the famous steps at the Crucible Theatre for the first round of the Betfred World Championship in April this year as world No1 for a fifth time in his illustrious career, as the Rocket again bids to equal Stephen Hendry’s record tally of seven world titles.

The 46-year-old O’Sullivan has given himself at least three more cracks at winning the blue-riband tournament before packing away his cue for good, as he considers when might eventually be the right time to step away from centre stage.

A return to the summit of the sport was always a possibility after O’Sullivan, now a veteran of 30 years on the professional tour, won his sixth world crown back in 2020 - with the huge £500,000 first prize closing him right up at the time on the far more consistent Judd Trump.

Mark Selby’s triumph in Sheffield in 2021 did help him back to No1 last year, facilitated additionally by a slightly curtailed tour at least in terms of prize money, with the lucrative events in China off stream. A return to overseas tournaments in Germany, Turkey and Gibraltar came this year.

But O’Sullivan has had to wait a while for his latest glorious ascent to the top. Selby’s decision to take some time out to address the mental health issues he has spoken so frankly and movingly about was clearly a factor. The four-time and reigning world champion missed Turkey and Gibraltar, his last chances of being involved in the Tour Championship in Llandudno.

The top four in snooker - O’Sullivan, Robertson, Trump and Selby - appear to have pulled away from the chasing pack and all will be serious contenders in Sheffield again this year. But it is the Rocket, the most glamorous and box-office of the renowned Class of 1992 also featuring John Higgins and Mark Williams, who will be called out by MC Rob Walker as the best player in the game.

That looked to be his destiny from a very young age, as O’Sullivan’s talent showed itself in junior events. But he had to watch both Scot Higgins and Wales’s Williams win the big one before he laid hands on the silver trophy. That came, the huge potential fulfilled and the hype justified, in 2001 – as he beat Higgins 18-14 in the final.

And with the ranking system still at that point fixed for the whole year on where you stood at the end of the World Championship – still drawn from the previous two seasons’ worth of results - rather than the current two-year rolling format installed in 2010, it was another year before O’Sullivan made it to No1 for the first time amid great fanfare even though it was Peter Ebdon that won the world title that year.

ROKiT
@rokit
Back to world number 1 at 46 years old! The superstar that is @ronnieo147 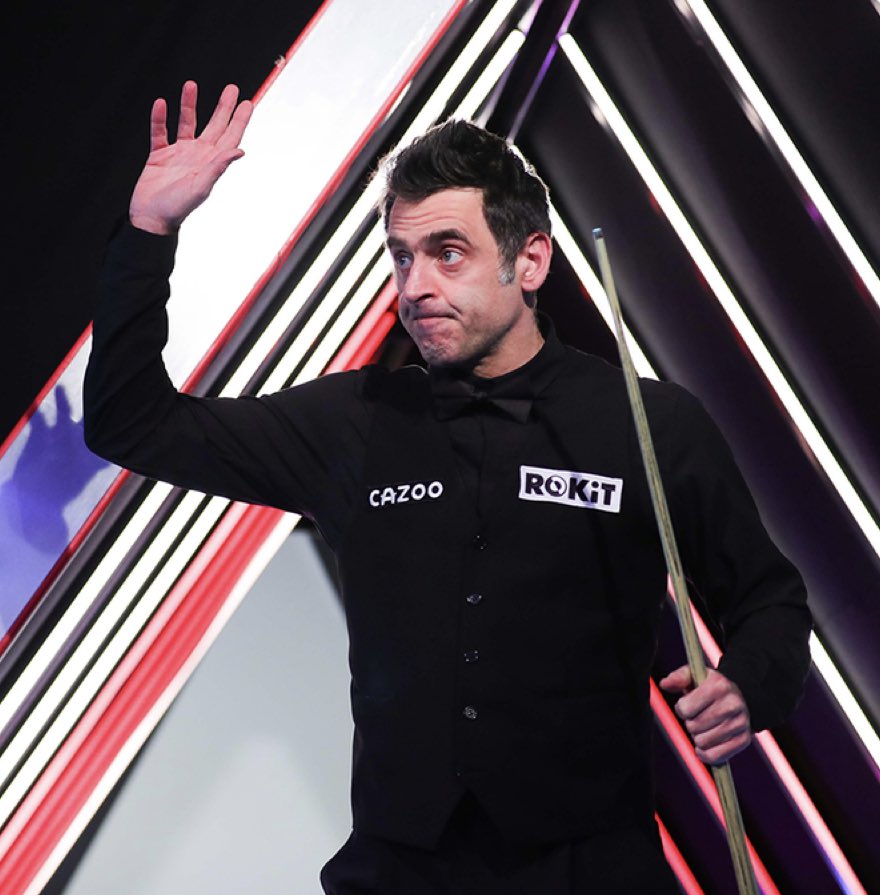 O’Sullivan lost top spot to Williams, in the middle of the most purple patch of form of his life, at the end of the 2003 campaign as the Welshman claimed his second Crucible success. But he got it back the following year by matching Williams’ tally on the biggest stage, beating Graeme Dott in the showpiece.

And this time he held on to it for two seasons, claiming titles at the Welsh Open, World Open and Irish Masters in 2004-05 as well as winning second invitational Masters crown, and also the Premier League – a title he went on to win 10 times in all.

Though past his 1990s prime it was actually Hendry that replaced the Rocket as No1 in May of 2006 despite not actually lifting a trophy during the season. The Scot got to the semi-finals of the UK Championship, the Grand Prix and the Northern Ireland Trophy.

But O’Sullivan regained pole position for the third time in his career  in 2008 after symmetrically making it a hat-trick of World Championship wins that spring at the Crucible, comfortably beating Ali Carter in the final. And though winning only the Northern Ireland Trophy in the 2008-09 season that was enough to cling on to top spot for another season, making it five in all to that point.

Higgins took over at the start of a 2010-11 season that saw the big switch to a rolling system of world rankings and points continually updated but still counting performances over a two-year period. This was later tweaked in 2014-15 to be based on prize money rather than allocated points.

But under this rolling system it would be nine long years and 2019 until the Rocket finally climbed back to the top of the pile, after years that principally saw Selby, Trump, Robertson and Ding sharing the honour out between them.

In 2017-18 O’Sullivan won a then record-equalling five ranking tournaments including the UK Championship, Shanghai Masters, Players Championship, World Grand Prix and English Open – then defending his UK and Players titles in 2018-19 before winning the Tour Championship did the trick for a fourth time.

That time he was there for 140 days, taking the grand total of time spent at No1 to five years and 140 days when the clock starts ticking again at the end of this year’s Tour Championship in the build-up to the 17 days in Sheffield.

In the history of the rankings going back to 1975 it is Hendry that ha spent the most time at No1 with nine years, including a record unbroken spell of eight seasons. Since the rolling system was introduced it is Selby that has dominated with 2,441 days spent at the top – almost three times as many as nearest rival Trump in the same period.