Cricket
News
England have become the laughing stock of world cricket. Is it time for Joe Root to step down?
Shane MacDermott
10:04, 28 Mar 2022

It’s true: England have become the laughing stock of world cricket. So, has the time come for Joe Root to finally step down as captain?

Just when you thought Root’s side could not sink to further depths of despair after their Ashes annihilation at the hands of old foes Australia, they well and truly upped the ante in Grenada.

They slumped to a dismal 10-wicket defeat to the West Indies as they lost a fourth straight series. It’s the latest embarrassing episode of Root’s captaincy tenure, especially given the fact it was regarded as a development tour as leading wicket takers — James Anderson and Stuart Broad — were omitted from the trip.

Flat pitches in the first two Tests in the Caribbean papered over the cracks of the batting line up. Normal service was resumed as they were reduced to 67/7 and 39/4 on a spicy St George’s pitch. It would have been even worse had tail-enders Jack Leach and Saqib Mahmood not rescued the sorry situation with a last-wicket stand of 90 in the first innings.

As they say the proof is in the pudding and stats don’t lie, so lets take a look at the numbers. They make for painful reading and should come with a graphic content advisory.

England are bottom of the new cycle of the World Test Championship and are winless in their last nine games. The last time they went as long without a victory was when Mitchell Johnson blew them away Down Under in the 2013/14 Ashes.

Who could forget the inquests which followed that torrid tour? The unceremonious sacking of Kevin Pietersen and the break up of a side which had just years earlier been the best team in the world.

To make matters worse they have won just one of their last 17 Tests and you have to go back to the 1980s to find a worse run from an English side. 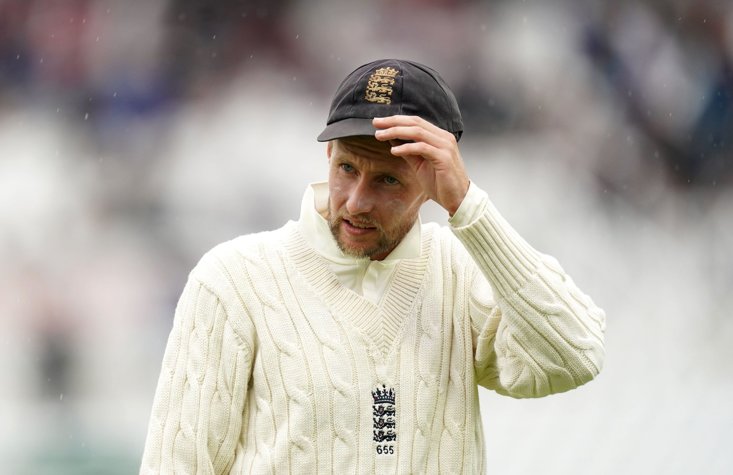 But Root is determined to lead his side into the home summer and beyond.

"I think I've made it quite clear at the start of this game and throughout this tour, I'm very passionate about trying to take this team forward," he said.

“I don't think it's ever in your hands completely, but as I said, I feel like the group are very much behind me. We're doing a lot of really good things. We just need to turn that into results.”

And interim head coach Paul Collingwood echoed those sentiments. He said: "The one thing you do notice in that dressing room is that that team is together and they're right behind Joe. If I was stood here and didn't think that, there would be a problem. But you can see all the players, all the management, and if you see Joe himself, he's got the determination to still take this team forward and get results.”

Root has been national captain since 2017 and is a proud man. He wants to drag the side out of the doldrums and you have to admire his determination and commitment because it would have been so easy to walk away after the Ashes debacle. But surely enough is enough? The time is right for him to step aside. It’s the end of the road, Joe.

England have lost 26 of the 64 Tests since Root took charge. Only Stephen Fleming (27) and Graeme Smith (29) have lost more as captain. Granted, you are only as good as the players around you and he cannot be blamed for his side’s constant batting failings.

But the buck stops with the captain; it always has. Former skippers Michael Atherton, Nasser Hussain and Michael Vaughan have led the calls for Root to step down and if he decides against it then it should be taken out of his hands.

Tactically he will not be missed. Time and time again he has let the game drift with England in strong positions. It happened again in Grenada as Josh da Silva made a brilliant hundred alongside the tail as the hosts amassed a series-defining lead on the penultimate morning. And it would be fitting for Root’s captaincy to end on that note, after a performance which has epitomised his tenure.

Maybe English cricket fans have become too accustomed to success and expect too much? I’m lucky enough to have been gripped by the famous 2005 Ashes and watched us achieve the rare feat of winning in Australia’s backyard in 2010/11. A T20 World Cup followed in 2012 as well as the extraordinary 50-over World Cup victory in 2019. And that’s before you mention other home Ashes triumphs in ’09, ’13 and ’15.

Andrew Strauss and Collingwood were in interim charge as Director of Cricket and head coach for this trip. And with new faces coming in ahead of hosting New Zealand this summer, now is the perfect trip to change things up.

England need a breathe of fresh air on the field as well as off it and a new captain with bring renewed energy to the role. Root has shouldered the burden of the entire batting line up in the last couple of years, but his captaincy has left a lot to be desired.

They need a proactive leader and if Ben Stokes, who previously ruled himself out from taking the reigns, has a change of heart then he would be the perfect man for the job. He’s already the heartbeat of the team and willing to run through a brick wall for the cause.

Let’s face it, what have England got to lose? The only way is up.