“I didn’t want my hand to be raised but it did go up, and my life became gloomy because of that.”

On August 10, 1988, the last day of the Olympic Games in Seoul, local hero Park Si-Hun was hoping to etch his name into the history books by clinching gold in front of hundreds of his delirious home supporters against a 19-year-old called Roy Jones Jr.

Instead, for all the wrong reasons, it became a moment that neither fighter will ever forget.

Jones had been in simply scintillating form en route to the light-middleweight final and the future four-weight world champion hadn’t lost a single round. Park, meanwhile, had already had a stroke of good fortune to get this far, having scraped by Vincenzo Nardiello in the quarter-finals by the slimmest of margins (the Italian had to be dragged out of the ring kicking and screaming).

The final then, should have been a routine win for the American but instead it became the most controversial moment in Olympic boxing history and one of the most jaw-dropping outcomes to a boxing match, amateur or professional, ever.

Jones played his part, picking up where he’d left off in the previous rounds and proceeded to put on a boxing clinic in the Korean capital, much to the dismay of the partisan fans surrounding him at the Jamsil Students' Gymnasium.

It was an utter mismatch, with Jones landing a whopping 86 punches to Park’s 32, while Park also received two standing eight-counts and two warnings from the ref. On top of that, NBC’s punch recorder on the night scored the rounds 20-3, 30-15, and 36-14 in favour of Jones. Nobody in the arena, even the most fervent of Park’s fans, could argue that the local lad had been beaten, and by a good margin at that. Except for three of the five judges that is. 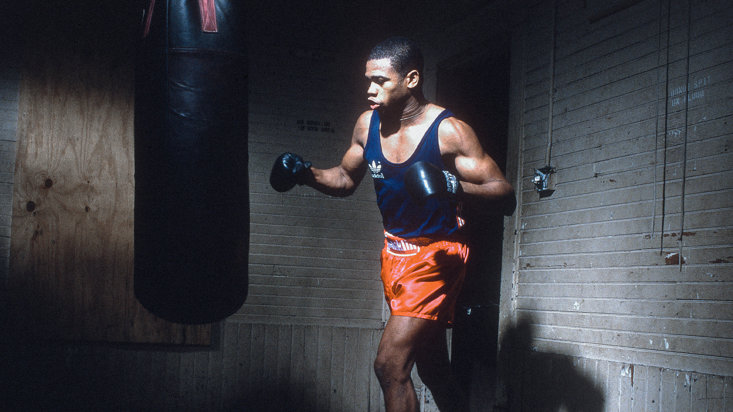 Despite thoroughly outclassing his opponent, Jones was, to the dismay and disgust of the boxing world to this very day, beaten 3-2 on the judges’ scorecards. When the verdict was announced, Park was clearly embarrassed by the decision, the referee, Aldo Leoni, murmured to Jones “I can’t believe they’ve done that to you”, while the beaten fighter himself removed the silver medal immediately and never wore it again.

Recalling the fight more than three decades later earlier this year, it was clear that the wounds still hadn’t healed. "To see an opposition hand be raised by judges who were crooked, to have a wrong and injustice not being fixed… I earned a gold medal that night in Seoul in 1988.

"Judges were crooked and I am sure they were not the only ones. I can never forget that feeling, when they raised the Korean's hand over mine."

It all worked out for Jones eventually of course. He is widely considered to be one of the most naturally-gifted pugilists of all-time and is easily one of the finest boxers to lace up a pair of gloves professionally in recent memory but for Park, the supposed ‘winner’ of that 1988 bout, the fallout was much tougher to deal with.

Even South Koreans were quick to point criticism at Park’s win. He was heckled at the podium when receiving his medal and local TV stations across the country were bombarded with calls protesting the outcome and that the host nation’s home advantage at the Olympics had gone too far.

Scarred by his experience, Park would retire shortly after the 1988 Games before spending the next 13 years as a high-school teacher. He is now a boxing coach.

Speaking to The Associated Press years after the incident, Park said that the emotional stress of his win “was like being hit with a hammer on the back of your head, again and again.”

“I keep thinking how my life would have been happier had I finished second,” he added.

“A gold medal is important, but isn’t any Olympic medal satisfying and glorious?”

Park Si-Hun, gold medal winner and conqueror of Roy Jones Jr, though absolutely no fault of his own, could be one of the most unfortunate winners in Olympic Games’ history.