Football
News
The Manchester United legend opened up about his attempts to get back into management
Neil Goulding
10:29, 18 Feb 2022

Roy Keane is hungry to return to management and he looked dead set to take over at Sunderland. But the deal fell through at the eleventh hour - and it begs the question why has it been over a decade since the former Manchester United legend was a manager?

There’s no doubt the Irishman polarises opinion, he was a volatile character on the pitch and a fiery boss. This, of course, is the man who sensationally walked out on a World Cup for his country, slammed United teammates in an infamous MUTV rant and who even criticised Sir Alex Ferguson at the end of his illustrious playing career at Old Trafford.

However, there’s no doubting Keane’s footballing pedigree, even though his last manager’s job was at Ipswich Town way back in 2011.

Since then he has worked as an assistant manager, lastly at Nottingham Forest, but since 2019 the now 50-year-old former midfielder has gathered a loyal fanbase as a respected Sky Sports football pundit. His heated discussions with fellow pundit and ex-Liverpool defender Jamie Carragher have become legendary.

But Keane’s blossoming TV career looked set to be shelved earlier this month when the Black Cats came calling. The struggling League One outfit had dispensed with the services of former boss Lee Johnson after a miserable run of results. And Keane, perhaps surprisingly, was lined up as their ideal replacement.

It looked like is was going to be an emotional second coming, and was ideal for some Black Cats’ fans because he famously guided the club to a memorable promotion to the Premier League in 2007.

But why did the deal fall through?

“As usual it came down to money!” Keane tells. “There’s always offers of work, but the deal just didn’t fall into place.

“There’s lots of pitfalls as an ex-player, but you’ve got to keep yourself busy. But everything has got to be right, the contract and the challenge.

"I’ve spoke to a lot of clubs but they’ve not been the right fit.” 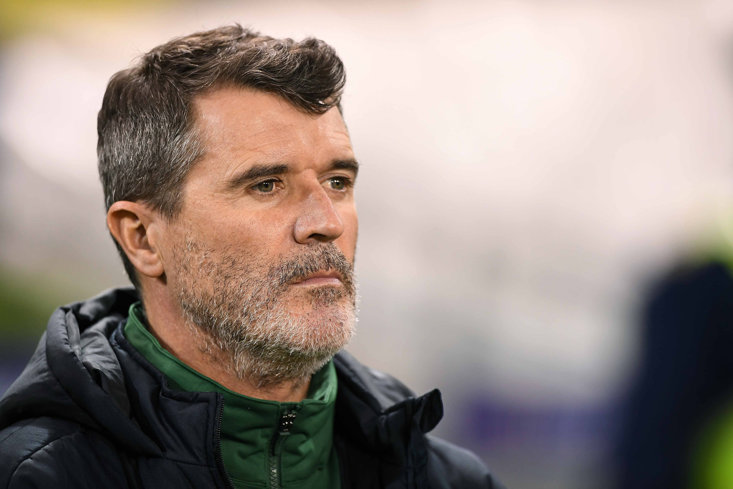 Keane’s famous Championship winning season understandably led to him being well-liked by Black Cats’ supporters during his 2006-08 managerial reign and an evocative comeback to the Stadium of Light was close to being sealed after Keane headed a narrowed-down list of four managers in contention for the job.

Keane, Alex Neil, Grant McCann and Sabri Lamouchi all got through to second interviews, but it was the former Republic of Ireland international who was Sunderland’s No 1 choice.

However, after over a week of discussion Keane and his representatives just couldn’t agree a deal. Former Preston boss Neil got the job – and the rest his history, as they say.

But despite not making his long-awaited return to the dugout, many football fans will be delighted to hear Keane does want to return to management.

“I did ok at Sunderland, it wasn’t easy at Ipswich, but I’d like to get back into management,” Keane says.

“But there’s some brilliant managers out there and it’s not easy.

“However, if I don’t get another chance then it’s not the end of the world. It’s no big deal.

“I’d like to go back as a manager, but a club has to want you. There’s a lot of things that have to be right.

His former United teammate Gary Neville had an ill-fated stint as Valencia boss, ending in spectacular disappointment and an embarrassing 7-0 drubbing at the hands of Barcelona.

But would Keane ever consider following in his friend’s footsteps and making the leap abroad?

Sky Sports News
@SkySportsNews
Roy Keane has turned down a return to Sunderland - you know what that means...
More punditry gold on Sky Sports! 👀🍿

“Going abroad would be difficult, but you’ve got to be open-minded about it,” admitted Keane.

However, he categorically ruled out ever becoming Man Utd’s boss in the future.

“That’s never going to happen,” he stressed. “My CV wouldn’t warrant it - it’s as simple as that. The Man Utd job is a tough job.”

Neville was sacked after a miserable spell in Spain and admitted: “I didn’t deserve that job. I should have said no the first time I was asked. I actually lost my confidence over there. I remember looking in the mirror one day and I knew I was really struggling. I had to get out of there. It was horrible.”

Keane has never lacked confidence, but has he still got the credentials to make a top manager? Time will tell.

This interview was done in conjunction with Sky Bet.